In a classic clase of misplaced anger, the video shows a BJP worker shouting slogans against China and encouraging people to boycott Chinese good by burning an effigy of ‘China’s Pradhan Mantri Kim Jong Un’. 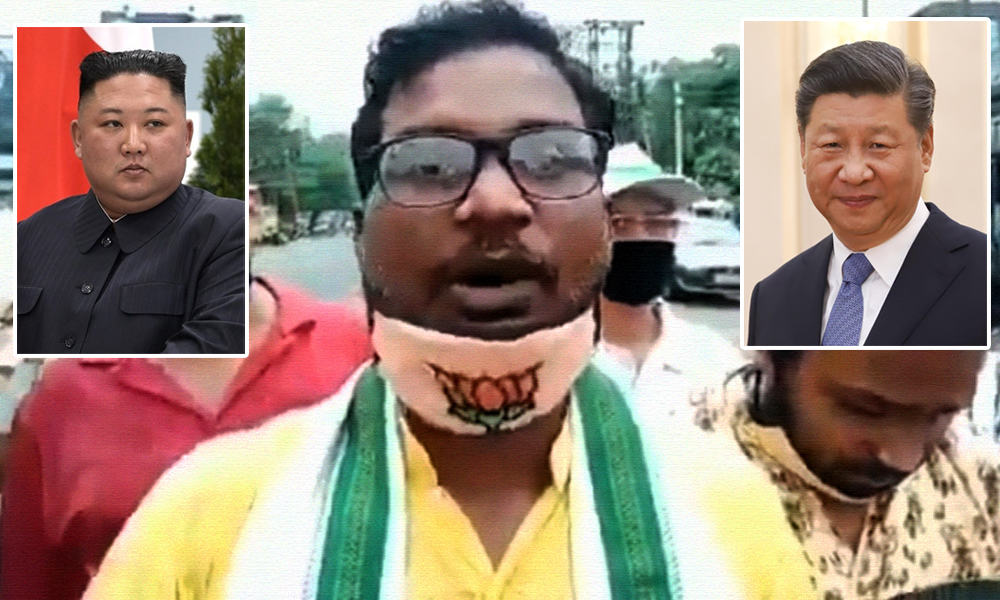 Following the violent face-off between the Indian and Chinese Army at the Line of Actual Control (LAC) in Ladakh's Galwan Valley in which 20 Indian Amry personnel were killed in action, several people in West Bengal burnt effigies and flags in protest against China.

However, in one such bizarre protest in the state's Asansol area, a group of protesters confused North Korean supreme leader Kim Jong-Un for the Chinese President Xi Jinping and burnt the former's effigies.

A video of the incident is viral on social media, and has left netizens amused.

In a classic case of misplaced anger, the video shows a BJP worker shouting slogans against China and encouraging people to boycott Chinese goods by burning an effigy of 'China's Pradhan Mantri Kim Jong Un'.

The demonstrators also urged people to use 'swadeshi goods' and cut the revenue of the Chinese generated by the Indians.

The viral video also received some hilarious reactions from netizens.