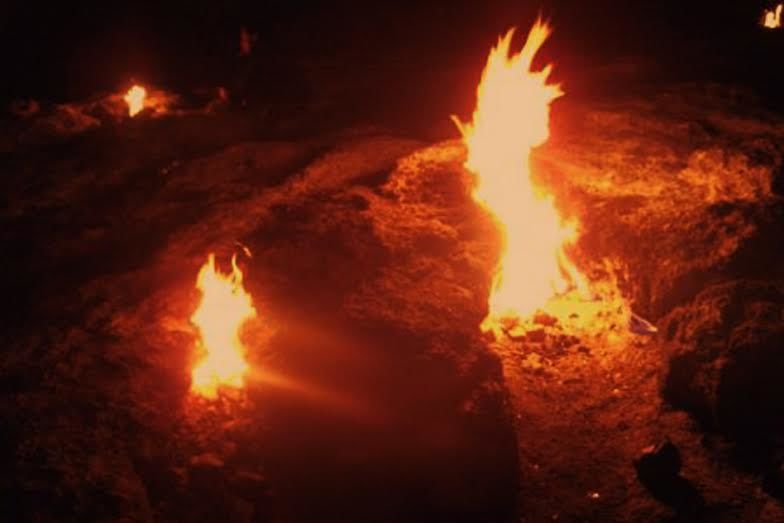 The careless dumping of garbage in Lakshmipura quarry on Anekal road has been discharging methane gas for the last few months that easily catches fire. People can be seen boiling water for tea and eggs by merely lighting a match on the ground.

The carelessness of BBMP authorities has created serious issues for the locals of Lakshmipura. The ground which was meant for only non-degradable waste was instead used for dumping organic waste. Without thinking about the dire consequences, the land was then covered with soil that naturally started the decaying process following rains. The unscientific dumping has now turned the land in to a big methane gas cylinder which is now resulting in fire and stagnant rain water can be seen boiling at several places.

Methane is highly combustible gas and has already contaminated the ground water and the regular emission is now causing rise in temperature. Farmers are worried to see their bore wells spewing fire and damage caused to the crops due to water contamination. The percolation of toxic methane gas through the soil is spreading in the air which can result in serious health issues. Authorities are now pouring in organic solution and has also dug out few spots from where the gas was originating.

What has happened at Lakshmipura quarry can happen at any dumping ground. The garbage keeps piling up and put the health of people at great risk.

• The problem can be solved if municipalities implement simples concept of reduce, reuse and recycle.
• People should be instructed to dispose the wet and dry waste separately and strict adherence should be followed by all societies falling under their respective municipal corporations.
• Waste management techniques should be demonstrated at public places so that garbage can be used as a resource instead of being treated as waste.