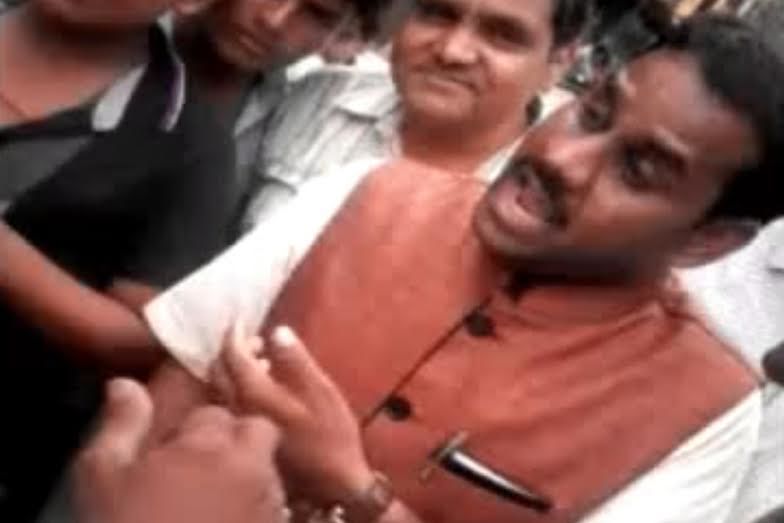 Watch How BJP MLA Threatens Journalist, Says He Has The Right To Encounter

It is the old and familiar story of Indian politicians making a totally degrading statement to someone on something and then taking a u-turn after they realize that they have been video recorded.

Vel Singh Bhuriya, a Bhartiya Janta Party legislator from Dhar, Madhya Pradesh, was being interrogated by a journalist about farmer compensation. He took offence at the manner of the interview and threatened to encounter him in a public meeting –

“Talking of my rights, I even have the right to encounter someone, if people breach peace and indulges in problematic activities. You have made me the MLA so respect me like one.”

By the time he realized his mistake, he had already been recorded. He tried to resort to damage control by asserting that he didn’t know that he was talking to a journalist. He even explained that this matter should be discussed in private and not in front of the public.