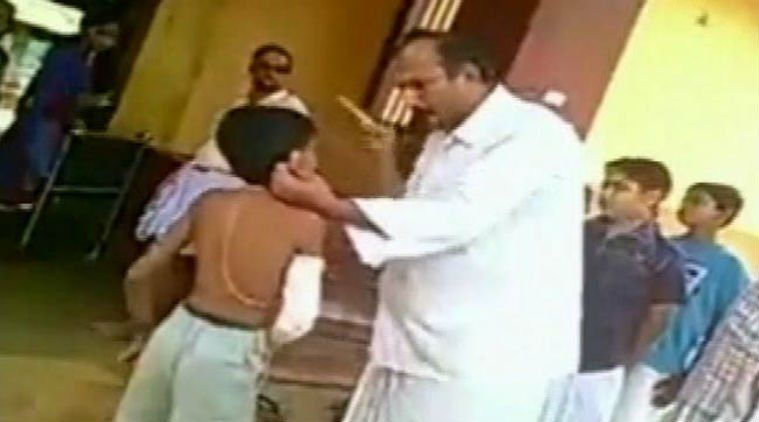 Video: Student With Fractured Arm Beaten And Abused By Teacher In Mangalore

A video footage of a teacher beating a student has surfaced up. The footage, shot on mobile phone, shows the teacher beating the boy while asking him whether he was a ‘Brahmin’ or a ‘Kshatriya.’ The person who is beating the student is Somasundara Shastri, the Veda teacher.

A complaint has been registered against the teacher at Vittal police station with police saying that the incident had occurred a few days back. The complainant said the boy was reportedly punished for some mischief in class. A copy of the complaint has also been sent to the Women and Children’s Welfare department while police.

From the video, it can be inferred that he was beaten because he sat on a chair that is considered sacred.

Even in the 21st century, the idea of corporal punishment exists. The incidences of this kind put us into question, whether we are progressing or stepping backward. Is treating with violence a need, even when most of the studies prove that the corporal punishment leaves an indelible scar in the mind of a child.