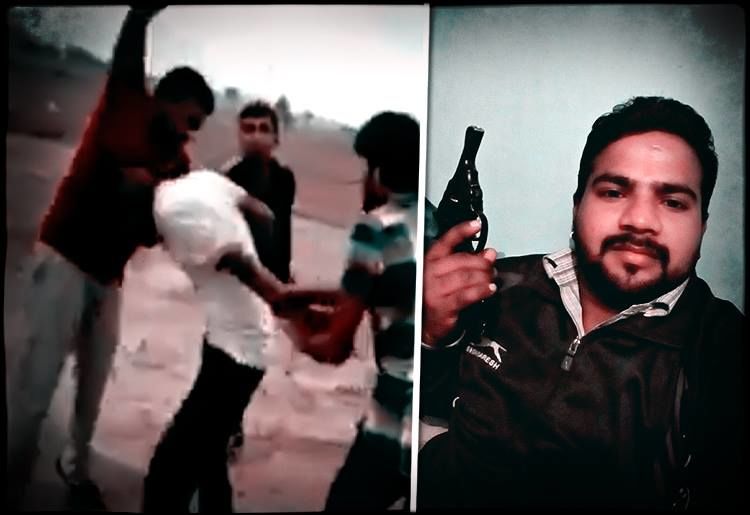 Another brutal video of violence in the name of Cow has emerged and this is not the first video that has emerged. This follows a series of videos where people have been brutally assaulted and thrashed on the basis of skinning of dead cows and transporting of beef. In many of the cases, the meat had turned out to be that of buffalo. The video was posted by Pratik Sinha on his timeline. He has pictures with various BJP leaders including BJP MP Anurag Thakur and also with the IPS officers, and inside the Police Commissioner’s office while attending conferences!

There are few things that are of serious concern here:

1. Law enforcement : The exponential increase in vigilantism centered around the cow meat, where the law has been taken into their hands and the confidence in law enforcement has taken a beating.

2. Victims : The victims of the attacks, most likely in all cases, are Dalits and the minority Muslims of India. Given the fact that Dalits and minorities continue to be at the bottom of the social strata with respect to education and employment, such incidents further alienate the communities and further strain their path in their march towards the main stream.

3. Followers : This video, and many other videos, and adding to that the many profiles on social media who have spewed hate and venom and ought to be shunned, ignored or persecuted when such violence occurs, rather have shown close proximity to the ruling dispensation.

The person who is taking the video goes by the name Raju Bunna who had pictures with various BJP leaders including BJP MP Anurag Thakur. This is not the first instance where bigoted words and unlawful people have been at proximity to the ruling dispensation.

If any person does anything illegal, anyone can approach the law enforcement agency and submit a complaint and not take law into their own hands. If such incidents continue, people’s confidence in the rule of law which is a bedrock of a vibrant democracy will take a beating. The law enforcement agencies should track down the perpetrators of violence of such inhuman and uncivilized nature and duly punished. Perpetrators of such violence and supporters of such violence cannot have any place in a civilized society in India. Raju Bunna and his friends must be arrested.