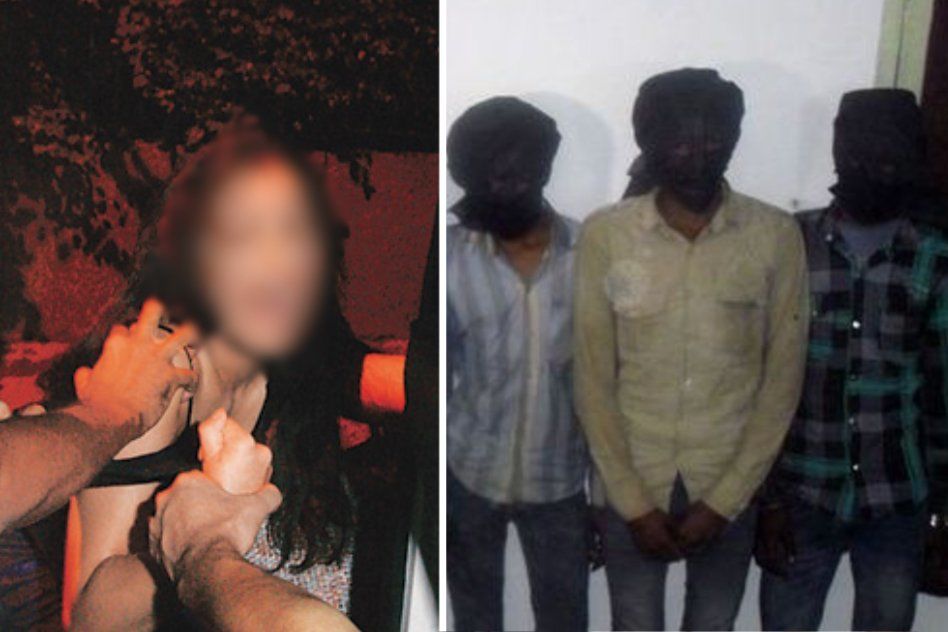 UP: Woman And Her 14-Yr-Old Daughter Gangraped Near Highway, Less Than 100 Metres Away From Police Post

A Noida woman and her 14-year-old daughter were allegedly dragged out of their car and gang-raped for three hours by some men near a highway in Bulandshahr, Uttar Pradesh on Friday. Surprisingly, the incident took place barely 100 metres away from a police post. On Friday night, the family was travelling to Shahjahanpur. When their car entered Bulandshahr area, a group of men hit their car with an iron rod. Forcibly, five men entered the car keeping the family at gunpoint, and took the car to a nearby swamp where it got stuck.

The perpetrators robbed the family, tied the men and dragged the woman and her daughter away where they reportedly gang raped them for three hours. It was only at 5.30 am when the police rescued them. Uttar Pradesh CM Akhilesh Yadav suspended a senior policeman and seven officers on Sunday. An investigation has been launched and so far five men have been detained. However, the main accused is absconding and the police have launched a massive manhunt at Bulandshahr and Meerut. The above incident shows how unsafe the cities are becoming and that the criminals don’t have any fear now.

Time to put an end

Horrific incidents of rape continue to haunt Indian women subjecting them to fear and intimidation through physical violence. Policy makers, NGOs, activists and concerned citizens have to work together to find a solution to the menace of rapes that will ensure women are safe and secure and can pursue their daily lives with dignity and without fear.