UP: 26-Yr-Old Law Student Beaten To Death As His Leg Brushed Against One Of The Attackers 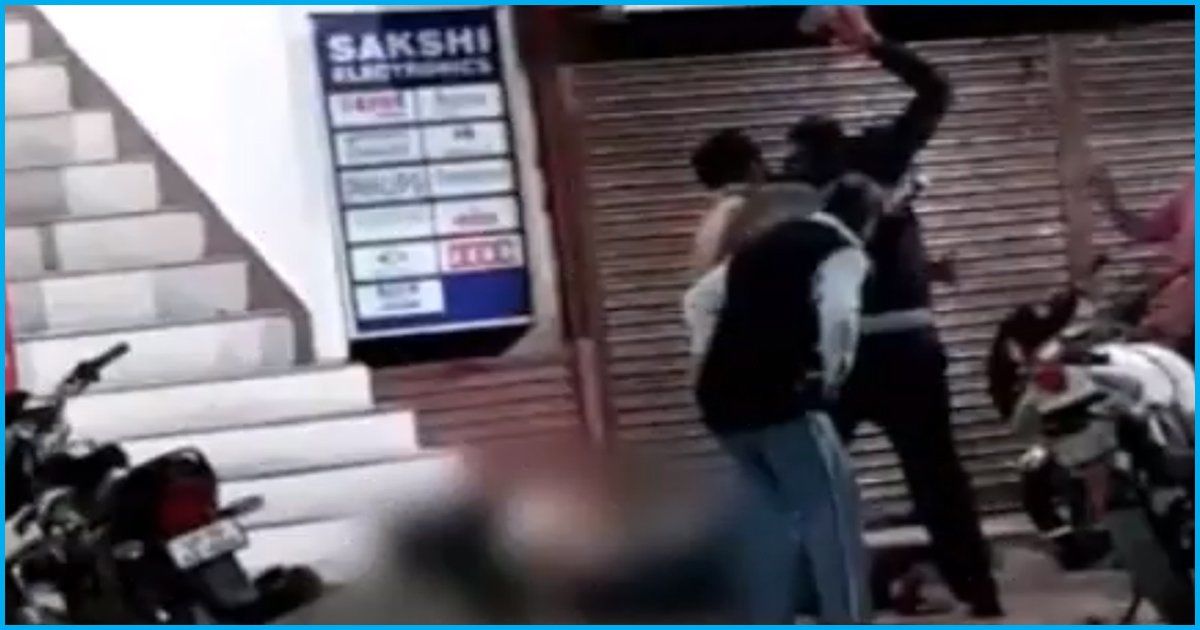 A 26-year-old law student from Uttar Pradesh’s Allahabad was beaten to death on Friday night by some people outside a restaurant because his leg brushed against one of the attackers. The attackers beat him up with broken pipes, hockey sticks and bricks. CCTV footages and mobile phone video clips showed evidence of the brutal attack.

An argument, which ended in the murder of Dilip Saroj, started when Dilip with two other friends, was sitting on the stairs of a restaurant and the attackers abused them because Dilip’s leg brushed against Vijay, the main accused. They went inside the restaurant to face the accused but were beaten up. Dilip’s friends managed to escape.

“We had gone for dinner at Kalika restaurant. After dinner, we were sitting on the stairs that lead to the restaurant. Three people came, pushed us, abused and went to the restaurant on the first floor. We followed them to the restaurant to confront them which is when they started beating us. I was hit with chairs too, but I managed to escape,” Prakash Singh, one of Dilip’s friends and an eyewitness in the case, told NDTV.

“We can see the men in the CCTV footage, but except for the main accused, Vijay Shankar Singh, who is reported to be employed with the Indian Railways, we have not been able to identify the rest. We have formed special teams to arrest the accused,” said Sukriti Madhav, Assistant Superintendent of Police, Allahabad.

Munna Chauhan, a waiter has been arrested and police say that he is the one who hit Dilip on the head with a broken pipe. Although, in the CCTV footage, Munna is seen taking Dilip to the hospital.

In the video, the restaurant owner is also seen in a leather jacket, trying to stop the attack, but he failed to do so. Although he did call 100.

Even though a police patrol vehicle was just 100 meters away, and the restaurant owner did call 100, the policemen failed to reach the spot. They have been suspended lack of action.

The person who was filming the incident can be heard talking to another person saying that “the police will reach only after the boy is dead,” but neither of them calls the police or tries to help the boy.

The attitude of the policemen and the passersby shows the inhumanness of human beings. When one person is beaten to death, another person is busy shooting the incident. They did not even call the police nor did they try to help the boy. The policemen, who were not even 100-meters away, failed to reach the spot when they were required to. If the police cannot protect the citizens, then who will? It is disheartening to see what we have come to.