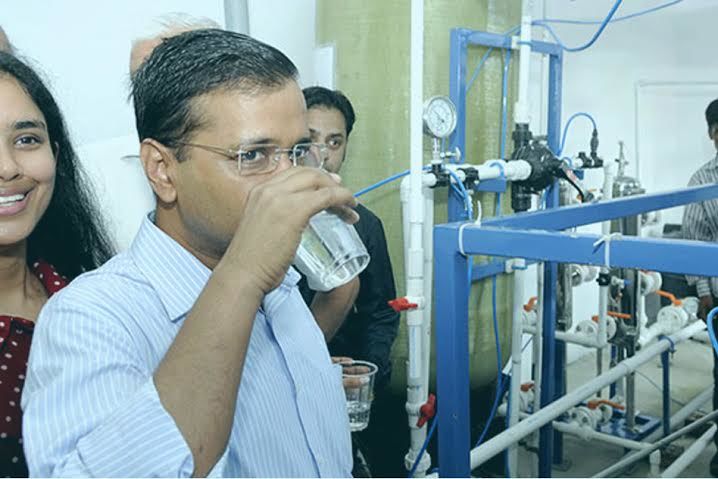 Treating Sewage to Drinking Water: An Effort to Fight Water Crisis in Delhi

With rising temperature and plummeting groundwater levels, the water cycle in many states including the capital has become complex with each passing year. However, Delhi could soon be quenching its thirst with drinkable water sourced from sewage.The first toilet-to-tap project at Keshopur was inaugurated on Thursday by Delhi CM Arvind Kejriwal, where he drank the water treated by sewage plant to break the stigma attached to it.The plant uses a bio-filtration Nano membrane filtration technology where the raw sewage is screened and then passes through five- layered biofilter. The treated sewage is then pumped into size 0.001 measuring micron membrane system where water is chlorinated and is made available for drinking.The project ‘Sujala Dhara’ launched by Delhi Jal Board in collaboration with an NGO Sana, will run on solar energy and can generate 25 million litres of water per year. In a positive effort to fight the “yuck factor” attached with the sewage treated water, the plant water will be first supplied to Delhi Secretariat and offices of Delhi Jal Board.Potable water is currently being produced from treated sewage water in some countries such as Belgium, the USA (Arizona, California & Washington D.C.) and Singapore.Today, when water inadequacy is a pertinent issue, water from treated sewage can be a successful way of dealing with the crippling water shortage that many a time leads to drought like conditions. Hats off to the AAP government in Delhi for continuing to deliver on the promises in their election manifesto. We can only hope that other parties compete with them on fulfilling more of their own manifesto in other states