Train 18, Claimed To Be The Country's Fastest, Breaks Down After Its First Run 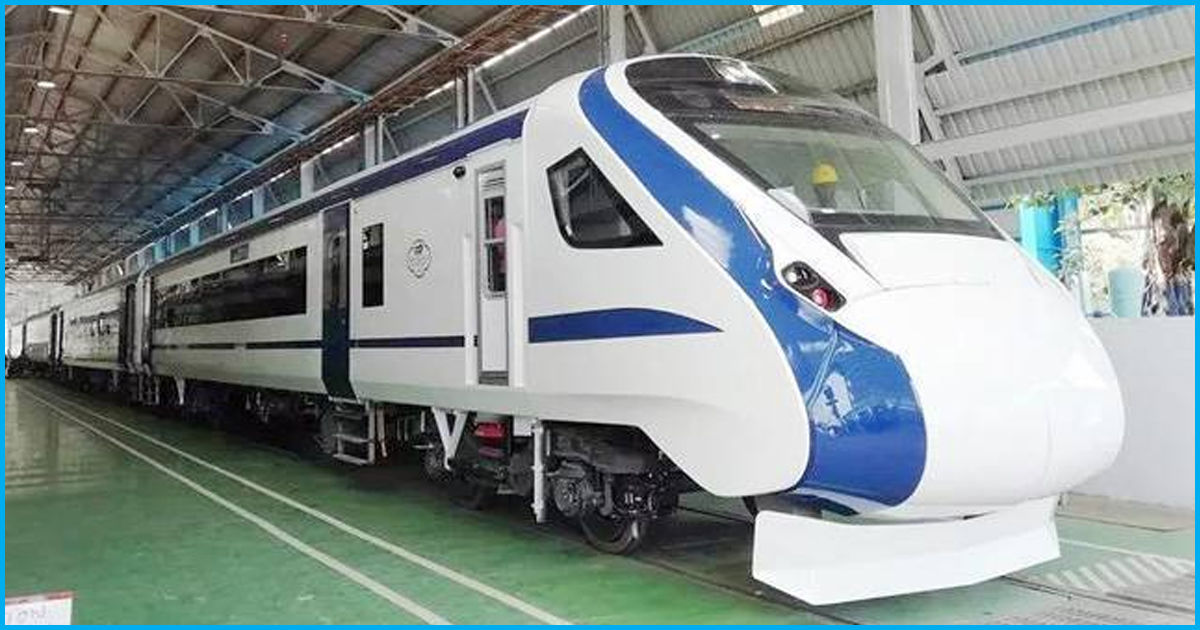 A day after Prime Minister Narendra Modi launched the Vande Bharat Express, which is the Indian Railways flagship semi-high speed train, it broke down early in the morning of February 16, Saturday.

Train 18, which is engine-less, was coming back after its first run from Varanasi. According to the railways, the train broke around about 200 km from Delhi, near Tundla, allegedly due to a possible cattle hit. Apparently, the train began making strange noises and then the last four coached noticed smoke with a foul smell, Business Today reported.

The communication system of the train’s last coach stopped working after it broke down following a cattle coming under the wheel, reported Hindustan Times. At 8:15 AM, the train resumed its journey, and the coach was isolated.

Reports say that the train, which is the fastest in the country, was inspected and it was found that the last few coaches’ breaks were jammed.

Train 18, the first semi-high speed train in the country, was launched by Narendra Modi on Friday, February 15, and will between Delhi and Varanasi.

A senior Indian Railways official mentioned that tickets for the first commercial run of the train have been sold out completely for the next couple of weeks.

A ticket for an executive class is priced at Rs 3,310, while those of an air-conditioned chair car from Delhi to Varanasi is Rs 1,760. The fares are different for the return journey. Catering charges are included in the fare. Popular restaurant chains like Pind Balluchi and The Landmark Hotel serve meals on board.

On Friday, Railway Minister Piyush Goyal said that “encouraged by the positive feedback” on the train, an order has been placed by him for 100 more such trains covering other routes.

The 16-coach train was built at a cost of Rs 97 crore in 18 months in Chennai, by the Integral Coach Factory. It is being seen as the 30-year-old premier Shatabdi Express’s successor.

However, the train’s breakdown so shortly after its launch does raise questions on the safety and comfort of the passengers.