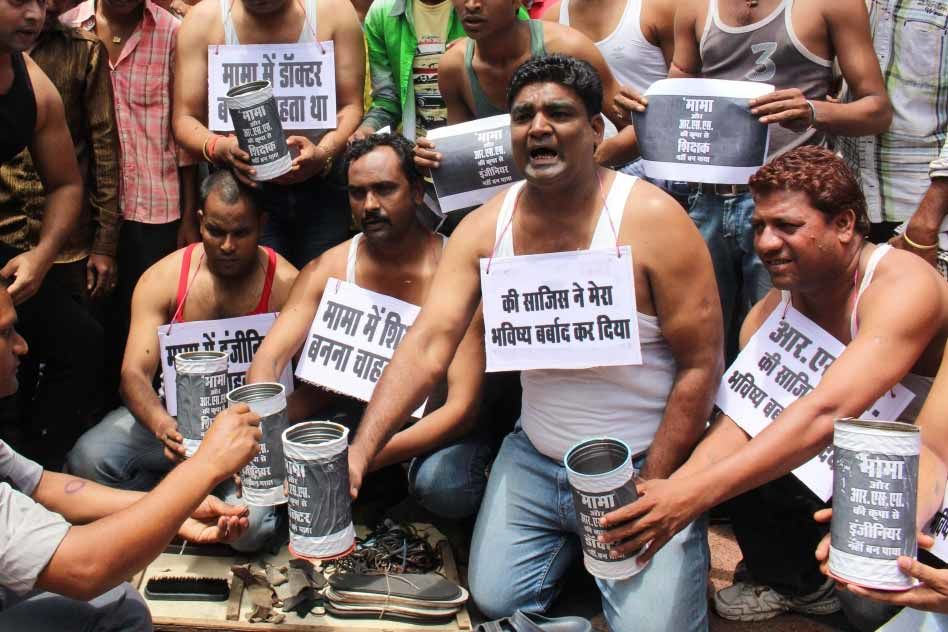 The Vyapam Scam: What Is It, Who Are Involved & What Are Its Implications?

The Vyapam Scam has evolved into one of the most massive & murky corruption scandals in recent times. It involves bribery, impersonation, forgery and misuse of powers by various officials. There are over 2000 people accused, many of them prominent leaders, and 40 of the accused have been found dead – Vyapam’s implications will definitely be enormous.

• Vyapam (Vyavsayik Pariksha Mandal) is the Professional Examination Board of Madhya Pradesh. It conducts examinations for engineering, medical, MCA and various other courses throughout the state.

• Complaints of irregularities in tests conducted by the Board were emerging since 2009.

• The man who threw light on all these events is Anand Rai, an ophthalmologist from Indore. It gained major media attention from 2013.

• On July 6 2013, 20 candidates for the Pre-Medical Test (PMT) were arrested; they had been hired to impersonate actual candidates.

• On July 12 2013, Jagdish Sagar, a prime accused, was arrested, and a list containing the names of 317 candidates was confiscated. A massive corruption in the PMTs was revealed.

• In November 2013 the Special Task Force (STF) formed to investigate the case discovered that Vyapam officials had rigged 5 tests for government jobs in MP.

• In the following months, the STF accused hundreds of students, parents and officials for manipulating the examination process.

• The climax was when MP’s former technical education minister Laxmikanth Sharma was arrested; a major politician was now involved in the scam.

• Investigation revealed that parents had paid huge sums of money to the officials to get their children admitted in government colleges. The officials involved used fake admit cards, they filled the OMR answer sheets themselves, they hired actors to take the place of the students, and they even altered the seating arrangements so that candidates could copy from one another.

• The issue became more serious when sources claimed that the CM’s family was involved too.

• Some Opposition leaders are branding the STF as insufficient. They’ve approached the Supreme Court for a full-fledged CBI probe.

• 40 people accused in the scam have died under mysterious circumstances, some of them as young as 29. The timing is suspicious, and if the deaths are connected with government machinery it’ll signify a huge corruption scandal which could rewrite politics in MP.

• Another disturbing development has been the attacks on the whistleblowers of the Vyapam Scam. They have not been provided police protection and face constant threats to their lives and their families’ lives.

The Vyapam Scam has slowly become a major story involving political corruption, misconduct and misuse of office. The fact that government officials were comfortable with selecting/hiring poor-quality doctors in a state where the healthcare system is in shambles (where the doctor: population ratio is a horrifying 1:18,650) reflects how inconsiderate the officials are.

But the most serious implication of the Vyapam Scam is that what we know till now is only the tip of the iceberg: the SFT still has a lot of investigation remaining, and already we have the makings of one of India’s most notorious scandals.