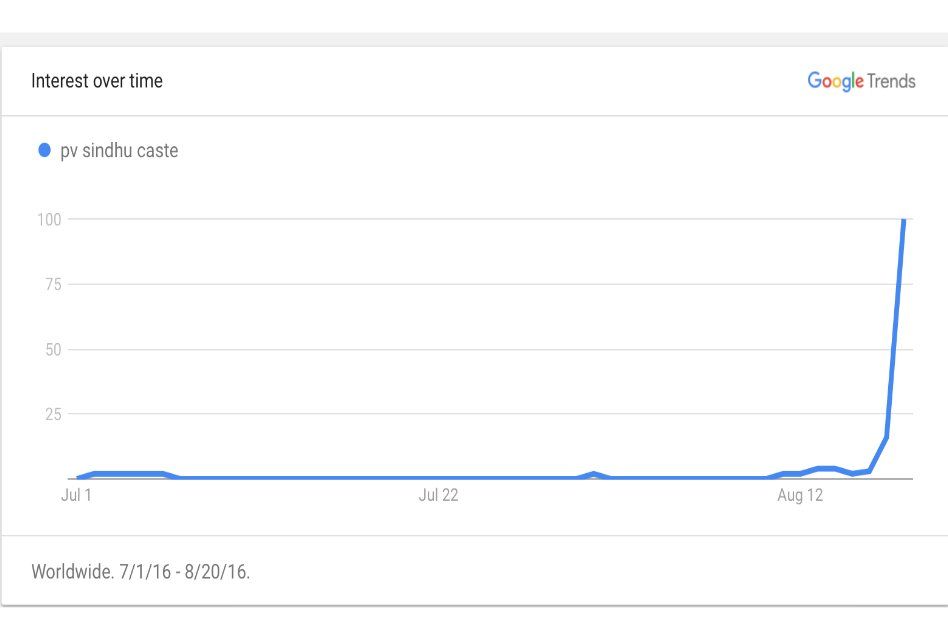 Right after shuttler PV Sindhu made the whole country proud by clinching the silver medal in badminton at the Rio Olympics on Friday, the internet went abuzz over her success. While people all over social media were congratulating her, few media houses reported that “millions” of people in India searched about PV Sindhu’s caste on Google.

Well, the fact that PV Sindhu’s caste was there on the suggestions of the search engine is true. But it was not searched by “millions”. Reports reveal that her caste was googled 2,100 times in August. After a digital media outlet did a story on it, the major media houses also carried out the reportage on how PV Sindhu’s caste search got spiked on Google and they also mentioned that India is still obsessed with caste in 21st century, but it seems they cannot distinguish relative trends from absolute, nor figure out how either Google Trends or AdWords work. It is true that caste is still a major setback in India and every sane minds have been trying to do away it caste barrier, but without much knowledge, we cannot claim that caste is also a trending matter of importance for an athlete who has just won a silver medal for the country in a prestigious stage like Olympics.