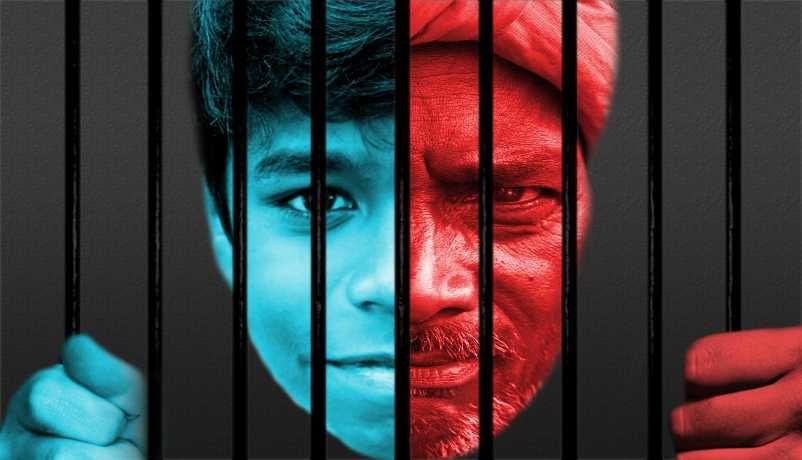 The Juvenile Justice Debate: Why The Lynch Mobs Should Not Win

Our parliament is on the verge of committing a heinous crime against its youngest citizens – placing a sword of Damocles over every Indian born after 1997, including children yet to be born.

Under current law, children below 18 years of age are subject to criminal action only in a specialised juvenile justice system that is required to reintegrate children in conflict with law back into the society as productive citizens.

An underfunded and neglected juvenile justice system in India is far from realising this mandate today. That is a justification to strengthen it, not to abandon what is a globally accepted humane and rational policy approach to ‘juvenile delinquency’.

Unjust law
The BJP Government’s Juvenile Justice (JJ) Bill, however, seeks to reverse existing law. The Bill is now before the Rajya Sabha, after being cleared by the Lok Sabha. It seeks to put children between 16 and 18, who are accused of committing crimes punishable by seven or more years of imprisonment, into adult prisons and the adult criminal justice system.

All children are at risk under the proposed law, including the children of parents from very upper and middle classes who are clamouring for harsh punishment for juveniles in conflict with law.

But, naturally, such a law will be disproportionately applied against the poor, especially children from scheduled castes, scheduled tribes, other backward classes and minority communities who are at more risk of becoming victims of the criminal justice system than of crime.

For no good
In return, the change will bring no benefit to the society. Criminals will not be deterred by harsh punishments, as we have seen with the impact of the post-‘Nirbhaya’ rape law. Nor will such an Act make India safer. Rather, it will put the Indian society at greater risk.

The estimated 10,000 or so children transferred to adult prisons every year under the proposed law will almost certainly be recruited into crime, indoctrinated in prison by hardened criminals and terrorists. They will be raped and dehumanised.

Inevitably, many of them will emerge from prisons to become dreaded criminals committing horrific crimes. We currently have no capacity in our brutal, corrupt and broken prison system to prevent this.

US – a failed system
The law blindly copies and applies to India the failed and much criticised US policy of ‘transferring’ children to the adult criminal justice system. It’s is a big mistake.

With one of the worst criminal justice systems in the world, the United States is a bad model to emulate. The country suffers a high rate of violent crimes while having the highest rate of imprisonment and harshest punishment amongst liberal democracies, and a massively corrupt and brutal prison system.

The country is the global laggard in juvenile justice – the only member country of the United Nations that has not ratified the UN Convention on the Rights of the Child. It can, therefore, treat its children in a manner that does not comply with global standards on how civilised and humane nations treat children in conflict with law.

Indian conditions are very different from the United States. We need a response that reflects our needs. That response is to strengthen the juvenile justice system, not to weaken and destroy it. The proposed law violates Indian constitutional standards and India’s international obligations.

There is not a shred of scientific evidence that points to any proven social benefit in sending those between 16 and 18 to adult prisons. On the contrary, the approach runs against the international experience, which supports the current minimum age of 18 years for being subjected to the adult criminal justice system. There are, in fact, arguments for the age limit to be raised.

Misguided support
So then why is this Bill being pushed through with support from parliamentarians cutting across party lines?

The Bill is backed by a section of vocal public opinion, mainly of India’s more privileged upper and middle classes who fear becoming victims of crime. Their uneducated view is that the only way to deal with crimes by 16 to18-year-olds is to inflict maximum physical and mental pain and suffering on them; to frighten them into deterrence.

If this were true, countries such as China, the United States and Saudi Arabia would have had no crime at all. Nor would India have had any rape after the enactment of tough anti-rape laws after the rape of Jyoti Singh.

Give justice, not revenge
They confuse revenge for justice, not realising that the two ideas are fundamentally opposed. Since the days of Buddha, no idea of justice has room for vengeance. Mahatma Gandhi powerfully reminded us that an eye for an eye will make the whole world blind.

Will the Rajya Sabha forget Gandhiji’s injunction at this crucial moment in our history and sanction vengeance against our children? Are we right to withdraw from our children the slim chance that a juvenile justice system would give them a second chance to salvage their lives and become responsible and productive citizens only to satisfy our urge for vengeance?

Appeasing lynch mobs is not a sound basis for policy making. There can be no ‘Make in India’ unless we first make India just and humane for its youngest citizens. Keeping 16-18-year-olds in the juvenile justice system gives society the best chance to save their futures. And ours.