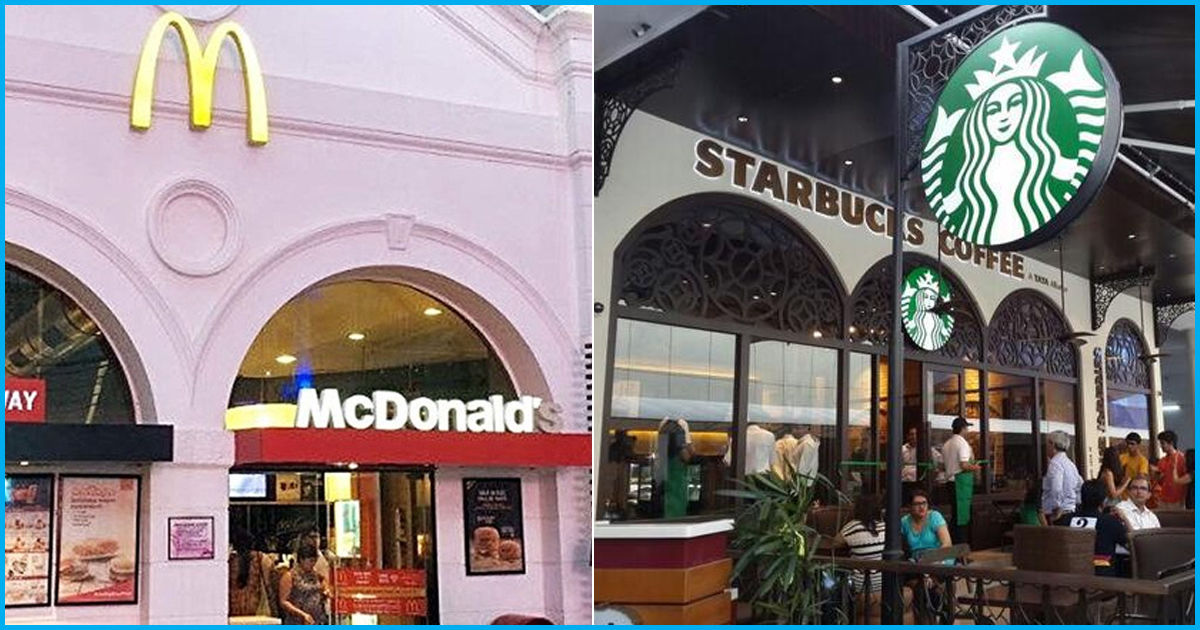 McDonald’s and Starbucks among other popular food chains have been caught in an anti-plastic crackdown by BMC officials in Mumbai. After the Maharashtra government had imposed a blanket-ban on single-use plastic, popular food chains were fined Rs 5000 as first-time offenders.

The ban, which came into effect since June 23, 2018, prohibits the manufacture, usage, sale, transport, handling and storage of the products made from plastics and Thermocol etc. which generates non – biodegradable waste.

Businesses and residents found using plastic will be fined Rs 5000 for the first-time offence to Rs 25,000 ($367) or even three months in jail for repeated offences. A BMC spokesperson told The Indian Express, “We had given enough time to shops and other establishments to get alternatives for plastics. Now that the ban has come into effect, we will penalise those not abiding by the rules”.

To carry out inspections and ensure effective implementation of the ban, a squad of 250 officials in blue uniform called “anti-plastic squad” have been sweeping all 24 civic administrative wards of Mumbai. Reportedly, a total of Rs 6,60,000 has already been collected in fines within the first three days of the implementation of the ban, said Nidhi Choudhari, a deputy commissioner who has been in charge of enforcing the ban.

Additionally, she said that 132 premises had been issued with penalty notices which include known brands like Burger King, McDonald’s, Starbucks and even a branch of Godrej Nature’s Basket, a high-end supermarket chain. Moreover, 8000 businesses have been searched in Mumbai and at least 700 kilogrammes (1,500 pounds) of plastic seized.

Additionally, the BMC has collected 145 metric tonnes of plastic just from a door-to-door collection of plastic with the help of its toll-free number.

However, Hardcastle Restaurants, the franchise which runs outlets of McDonald’s in Maharashtra told CNNMoney that even though they have been using cutlery made of wood and paper, they were fined because they kept using plastic lids for drinks during deliveries. Reportedly, McDonald’s has joined restaurant associations in the region to ask for exemption in delivery and takeaway orders from the ban.

Consequences Of The Ban

Even though a Rs 5000 or a Rs 25000 fine is a meagre amount for global companies like McDonald’s or Starbucks, it poses a much more significant challenge for the smaller companies. In a statement to PTI, Neemit Punamiya, Secretary of Plastic Bags Manufacturers Association of India General said, “The ban imposed by Maharashtra from Saturday has hit the industry very hard, and the plastic industry is staring at a loss of Rs 15,000 crore, leaving nearly 3 lakh people jobless overnight.”

However, officials feel that this ban, if imposed effectively, is going to help curb the menace of plastic pollution on the beaches of Mumbai.

This ban comes at a time when Prime Minister Narendra Modi, on this year’s International Environment Day, has pledged to make India free from single-use plastic by 2022.