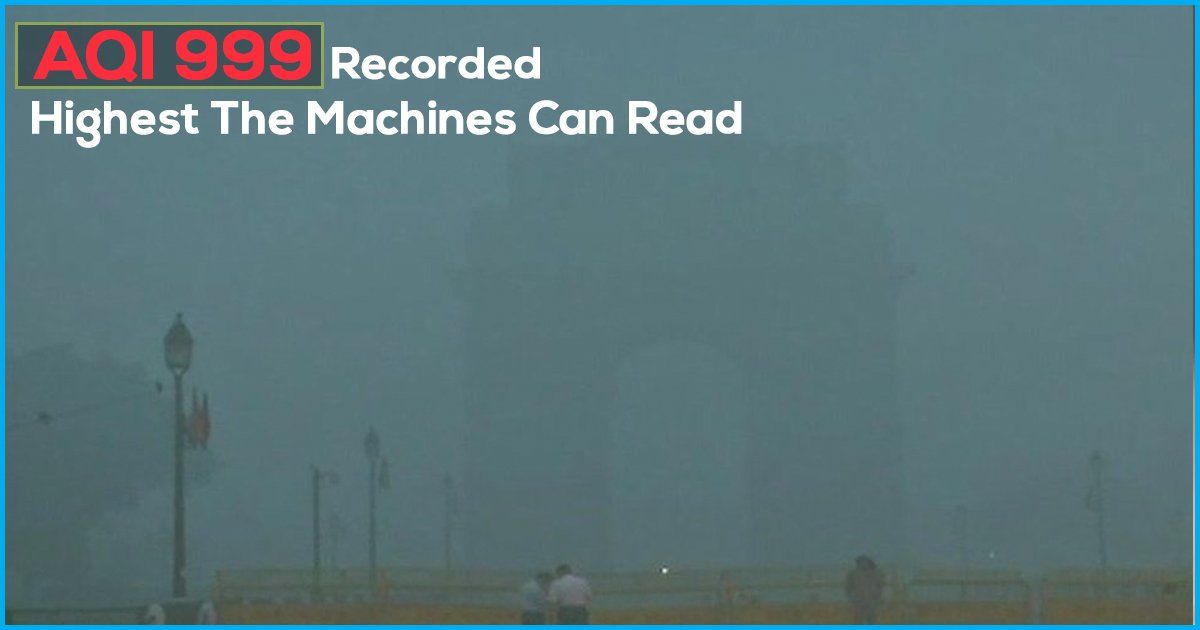 Delhi woke up to a cold foggy morning today, November 7, with visibility rate dropping to 200 metres at 8.30am. Twitter was flooded with images of the fog:

Can’t tolerate Delhi air pollution now. I am going to buy a mask today, any suggestions? Which one actually works?

The Air Quality Index (AQI) in East Delhi's Dilshad Garden was 420, whereas it was 319 in Anand Vihar. The air quality in Dwarka and NCR also hovered between 400-420. But the pollution was recorded highest in Punjabi Bagh with AQI 999 and 852 in RK Puram. AQI 999 is the highest the machines can read. This is the worst pollution day recorded in Delhi for the season so far.

The low visibility severely affected traffic, however, the India Meteorological Department (IMD) said it was due to fog and not smog, adding that temperatures had dropped to 17 degrees Celsius early today, reported Hindustan Times.

The Central Pollution Control Board (CPCB) said high moisture level in the air has trapped emissions from local sources and hanging low over the city in the absence of wind. “Total calm conditions, marked by the complete absence of wind has led to the situation. The moisture has trapped emissions from ground-level sources,” Dipankar Saha, CPCB’s air lab chief, said, reported Outlook.

The poor air quality in Delhi and NCR region can also be attributed to winds coming in from Punjab and Haryana where stubble burning continues unabated.

While CPCB recorded ‘very poor’ air quality in Delhi, the condition was ‘severe’ in neighbouring Noida and Ghaziabad.

The real-time pollution monitors displayed alarmingly high concentration of PM2.5 and PM10, which are ultrafine particulates having the ability to enter the respiratory system and subsequently the bloodstream of humans and animals, causing harm, reported Outlook.

Delhi Metro Half Marathon title sponsor Airtel hinted at discontinuing its decade-long alliance with the Delhi Half Marathon in the future if the rising concerns of air pollution in the capital are not immediately addressed.

The Indian Medical Association (IMA) declared Delhi in ‘Public Health Emergency State’ and recommended that schools should be shut and people should refrain from stepping out.

Furthermore, more than 20 flights have been delayed or affected due to the fog at the Indira Gandhi International Airport.

#Delhi: More than 20 flights delayed/affected due to Runway closure and smog at Indira Gandhi International Airport

The Logical Indian community urges Delhiites to take precautionary measures. Air pollution masks should be worn by all motorists and pedestrians and those with asthmatic conditions should refrain from stepping out.