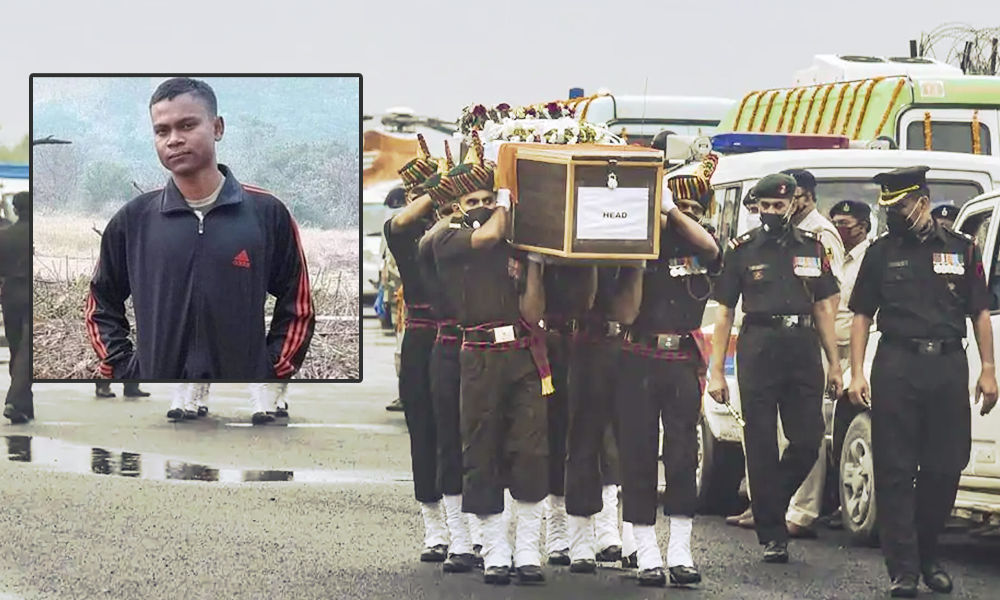 Killed In Action In Ladakh, 26-Yr-Old Sepoy Rajesh Orang Was Sole Breadwinner In Family, Was To Get Married Soon

The soldier was supposed to visit his family in Bengal in May, this year, but was unable to get a leave due to ongoing nationwide lockdown. He was to get married next month to a girl he fell in love with in his village.

The only bread-winner in the family, 26-year-old Sepoy Rajesh Orang, was a first generation soldier in the Indian Army, who lost his life in a violent clash with Chinese troops in Ladakh's Galwan Valley, along with 19 other bravehearts on June 15.

A resident of Birbhum in West Bengal, Rajesh had been serving in the Indian Army for 6 years and was posted in the 16 Bihar Regiment.

The braveheart is survived by two sisters and was the only breadwinner in the family.

Sepoy Rajesh Orang (26), serving in the Bihar Regiment has made the supreme sacrifice in #Ladakh. Orang hails from West Bengal's Birbhum district. Leaves behind parents and two sisters. Had come home just a month back. Family inconsolable. #IndiaChinaFaceOff #IndiaChinaBorder pic.twitter.com/voh2fksMJn

His father, Subhas Orang, is a tribal farmer in the village and suffers from a terminal illness which has left him bedridden. He takes pride in his son's sacrifice for the nation.

"I am glad he died fighting. I will be relieved if the government gives a befitting reply to his killers. He used to call every Sunday. The last time we spoke to him was about a fortnight ago. He had told us that the situation was tense in Ladakh region and that he will not be able to call for a while," his father told the media.

"I am proud of my brother. I hope India gives China a befitting reply," Rajesh's cousin Abhijit said.

West Bengal: Family members of Sepoy Rajesh Orang who lost his life in #GalwanValley of Ladakh on June 15-16, mourn at their residence in Belgoria village of Birbhum district. pic.twitter.com/jxLGANn2Fi

The soldier was supposed to visit his family in Bengal in May, this year, but was unable to get a leave due to ongoing nationwide lockdown. He was to get married next month to a girl he fell in love with in his village.

The violent face-off between India and China in the Galwan Valley inflicted a heavy cost on both sides. Several families were left heartbroken as the nation paid its last respect to the bravehearts who laid down their lives for the country.

West Bengal Chief Minister Mamata Banerjee offered her condolences to the families and announced a compensation of ₹5 lakh. "We stand by the next of the sons of our soil in this difficult time," she said.