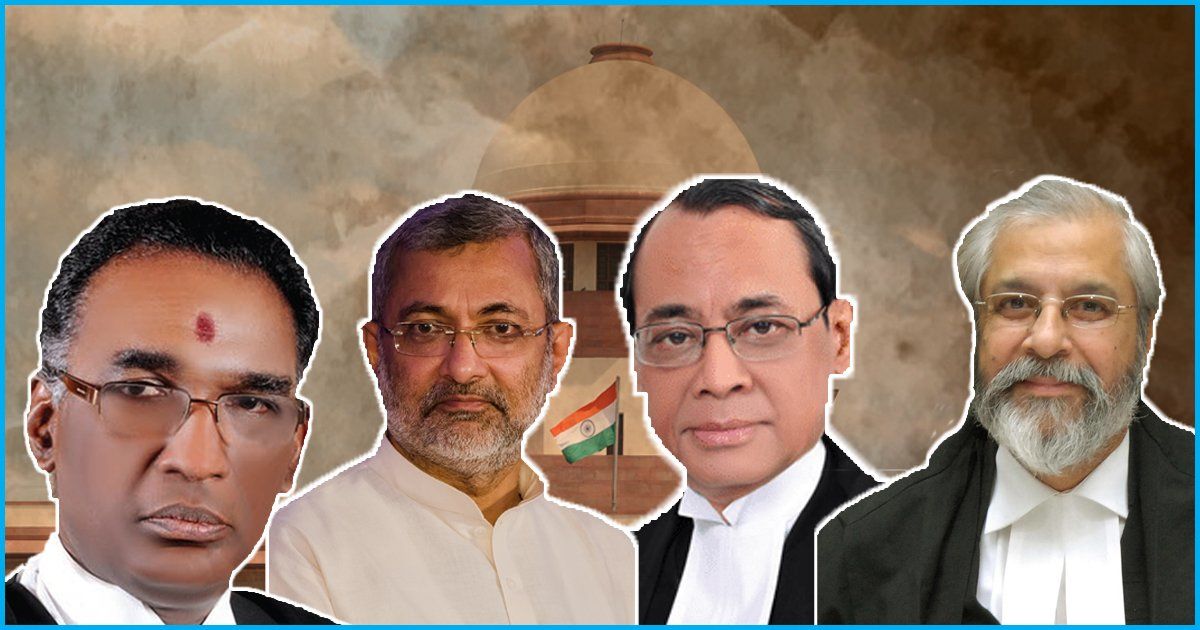 In an unprecedented move, four sitting judges in the Supreme Court have today addressed the media. The judges addressing the press included Justice J Chelameswar, Justice Ranjan Gogoi, Justice Madan B Lokur and Justice Kurien Joseph who are senior most judges of the country, just below Chief Justice of India in the hierarchy. On being enquired repeatedly, Justice Gogoi told the media that the press conference was prompted on the issue of appointment of judges in the case of death of special CBI Judge B.H. Loya.

The main topic of discussion during the press conference was about the issue of judicial appointments. This move seems like a protest against the recommendations of collegium regarding the judicial appointments, ignoring senior judges of the court. The press conference is the first of its kind, and it was done at the residence of Justice Chelameswar, reports the Indian Express.

“We met CJI with a specific request which unfortunately couldn’t convince him that we were right; therefore, we were left with no choice except to communicate it to the nation that please take care of the institution,” Justice Chelameswar said.

Justice Chelameswar described it as an extraordinary event in the history of Indian judiciary. “ Sometimes, the administration of the Supreme Court is not in order. There are many things less than desirable that have happened in the last few months… As senior-most justices of the court, we have a responsibility to the nation and institution. Four of us are convinced, the democracy will not survive. We met CJI this morning, with a specific request but we could not convince him. We had no choice but to communicate to the nation to take care of the institution. We place it before people of the country,” Justice Gogoi said.

The judges have submitted a letter on the issue to CJI, which can be read below (Source: The Wire):