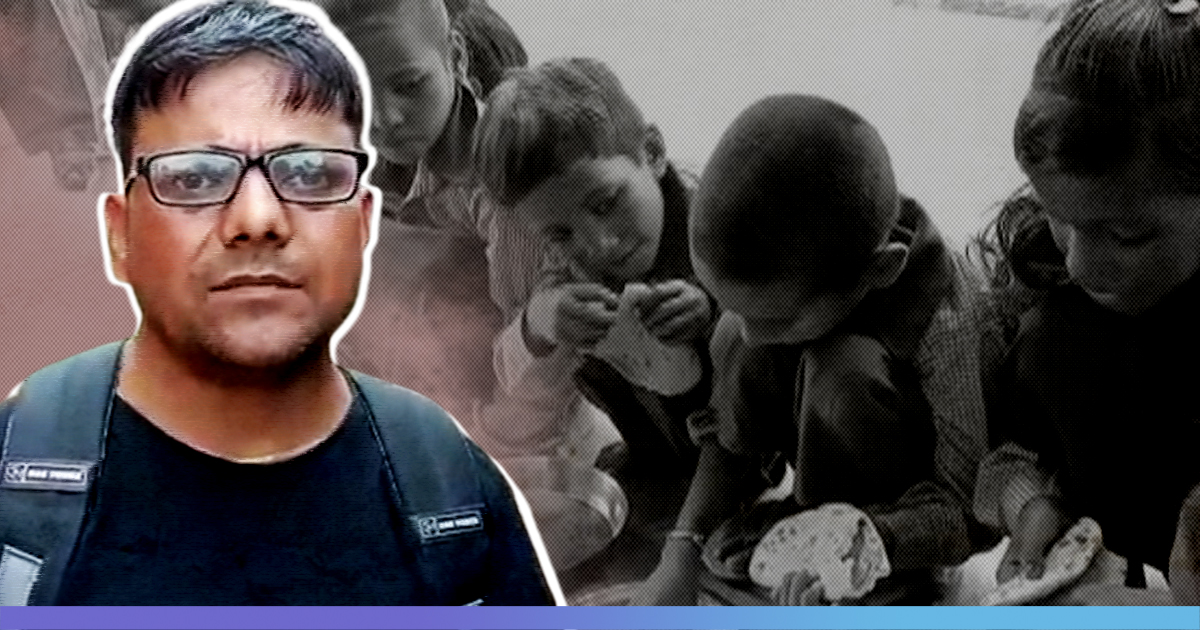 The journalist who exposed salt and roti being served as a midday meal at a government school in Mirzapur has been charged with ‘criminal conspiracy’ to malign the state government by the Uttar Pradesh police.

In the FIR lodged by the Block Education Officer of the area, journalist, Pawan Jaiswal, and ‘pradhan pratinidhi’ or the representative of the village have been accused of a conspiracy to defame the Uttar Pradesh government.

A few days back a video had surfaced which showed students eating salt-roti in the midday meal, contrary to the government’s website which claimed of fruits, vegetables, and pulses being served at the schools. After the video went viral several district officials were suspended.

Midday Meal in Mirzapur, UP

In the video, Jaiswal is heard saying that he had been getting various reports of only salt and roti being served in midday meals in the government schools.

“I visited a school on August 22 after giving prior intimation to the school officials. I reached the school at 12:07 pm and saw the children eating roti with salt. I reported the news to senior reporters who informed the District Magistrate, who then visited the schools and suspended several officials, after which the matter became high profile,” Jaiswal said.

Jaiswal further alleged that the district administration has falsely framed criminal charges against him to save themselves from any further action.

Another video that’s doing the rounds is that of a UP government official who can be heard saying that the call records of Jaiswal and village representative reveal that the Pradhan Pratinidhi he had prior information about the whole incident and failed to act.

On the #Mirzapur story of the FIR against the journalist for the rotis + salt story , this is @UPGovt reaction from senior district officer Priyanka Niranjan . It seems she would rather have had the reporter start cooking vegetables rather than reporting the story ! pic.twitter.com/7XWPT6sThy

“As per the call records, the Pradhan Pratinidhi called Jaiswal at 10:30 am saying only salt and roti is cooked in the school. This means that the representative knew about the situation and instead of supplying the vegetables to the school, he chose to call the journalist,” the official said.

Support Pours In For The Journalist

The Editor’s Guild of India has issued a statement in support of Pawan Jaiswal and termed the incident as a ‘cruel and classic case of shooting the messenger’. The guild has urged the UP government to withdraw all the cases against the journalist and ensure that he is not harassed or harmed in future.

The Editors Guild of India has issued a statement pic.twitter.com/F3q4WAlphn

Meanwhile, local journalists protested against the district administration in Mirzapur demanding the FIR against the journalist be quashed.

A protest by journalists in #Mirzapur , where their colleage #PawanJaiswal has been booked by the police for exposing rotis+ salt in mid day meals in the district ! pic.twitter.com/cACGxjyp49