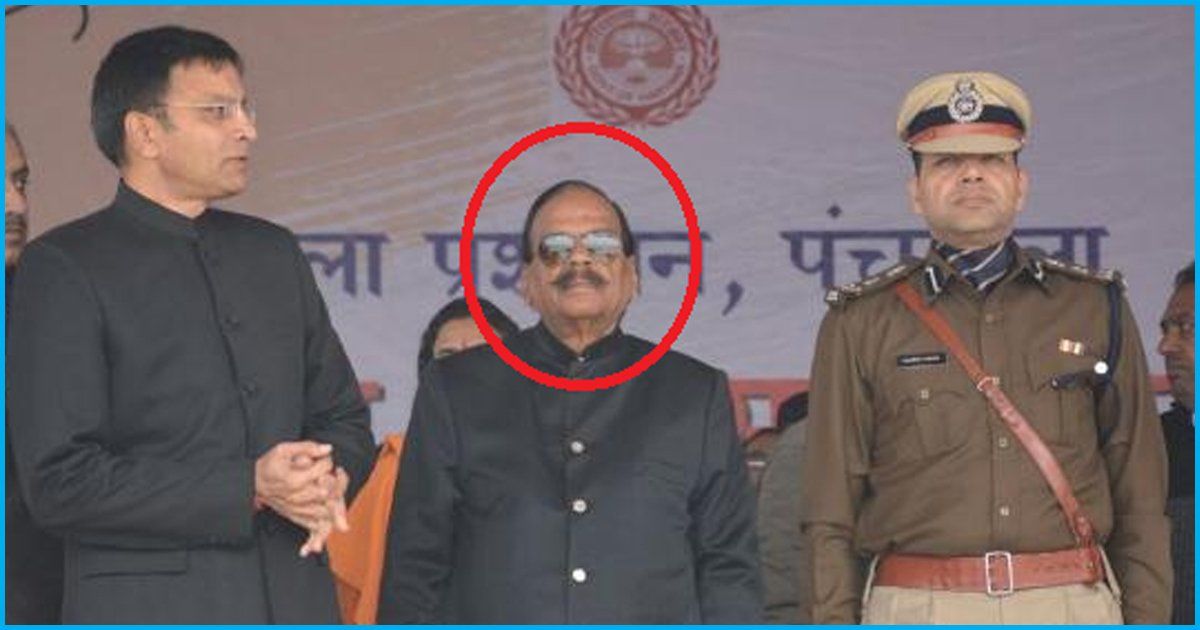 The former Haryana Director General of Police, SPS Rathore, who was a convict in the Ruchika molestation case, was invited as a guest, sharing the stage with Haryana Government officials and others, during the Republic day celebrations held in Panchkula, Haryana.

Reportedly, the convicted former cop was seated in the front row at the Parade Ground in Panchkula, along with the superintendent of police, taking the Guard of Honour. However, he left soon after the flag-hoisting ceremony.

What was the molestation case?

Ruchika Girhotra, 14, a budding tennis player was molested by Rathore in his house-cum-Haryana Lawn Tennis Association in Panchkula on August 12, 1990. She committed suicide three years later in 1993 after she, her friends and family members were allegedly harassed by police officials.

In 2009, after 19 years, 40 adjournments, and more than 400 hearings, the court finally declared Rathore guilty under Section 354 IPC (molestation) and sentenced him to six months imprisonment with a fine of Rs 1000. However, the CBI opposed Rathore’s plea and sought an extension of imprisonment from 6 months to the maximum of two years due to his utter ‘shameful act’.

On May 25, 2010, a session’s court rejected Rathore’s appeal and extended his jail term from six months to eighteen months while allowing the plea of the CBI and the Girhotra family.

The case took a turn on November 11, 2010, when the Supreme Court granted Rathore bail on the condition of remaining in Chandigarh. In 2016, the Supreme Court upheld Rathore’s conviction but restricted the imprisonment period to six months already served by him, on account of his “very advanced age”.

Response of the victim’s family

Aradhana Gupta, Ruchika’s friend in the Lawn Tennis Association, who also testified against Rathore in a trial court as the sole eyewitness to the molestation, termed his presence in the event as a ‘disgrace to the tricolour’.

“We have no problem with Rathore attending public functions, but inviting him on the stage and giving him due prominence in the front row is not acceptable to us,” said Gupta, reported Hindustan Times.

“By endorsing such criminals, who have been convicted by the Supreme Court, the administration is directly encouraging such crimes,” said Gupta, reported Outlook. “Who invited him? No girl can feel secure with such behaviour of administration,” she added.

Her parents, Anand Prakash and Madhu Prakash had been in the forefront, persistently fighting a legal battle for two decades. Soon after, Anand Prakash died on January 12.

What was more shocking to the victim’s family was the fact that the same event also honoured Late Anand Prakash, who fought the case continuously for 26 years.

Speaking of the former event, Ruchika’s mother said, “I am deeply saddened by the insensitive behaviour of the local administration. It is a disgrace to the constitution and an insult to the verdict of the Supreme Court, which held him guilty.”

Haryana Chief Minister Manohar Lal Khattar said on Monday that the matter was in his knowledge. “We are examining whether or not he (Rathore) was entitled to attend the function and whether he should have been invited at all,” said Khattar, reported Hindustan Times.

He further added that his administration will take “appropriate action” after reviewing the matter.

The Logical Indian community is perturbed with the invitation of a convicted molester as a prominent guest to a government Republic day event. Such validation of criminals ensures no repentance and only gives more leeway. The former DGP abused his power and molested a minor, forcing her to take her own life. We hope that the CM Khattar-led government holds its promise of taking “appropriate action” against the officials who gave a molester center stage in a public event.