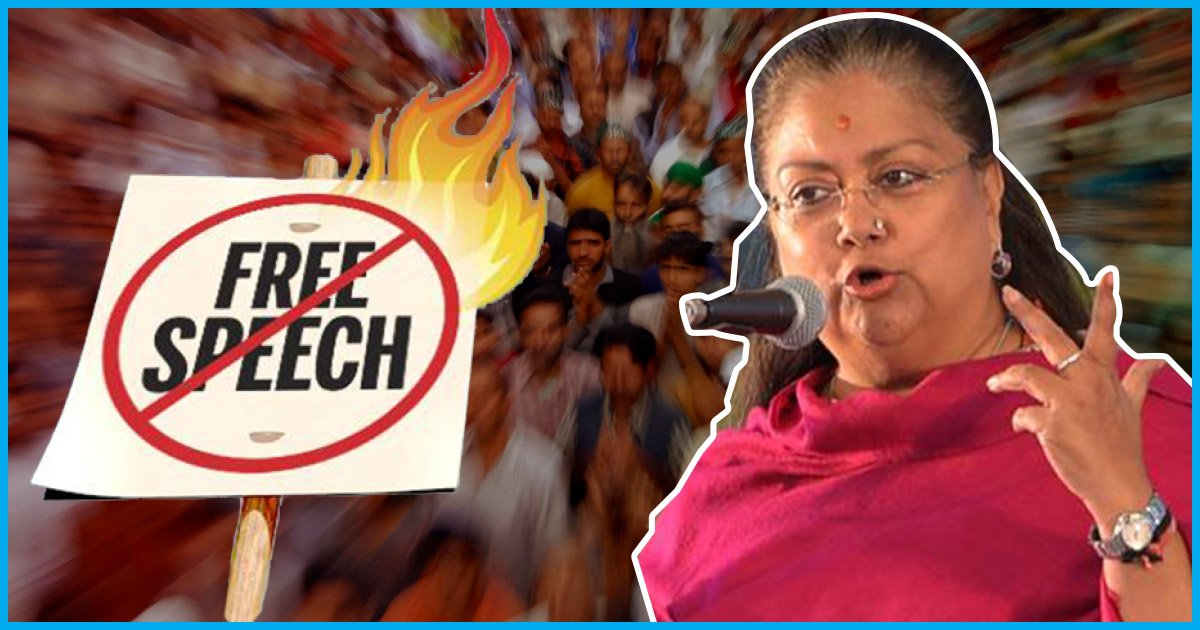 The Rajasthan government was due to table the Criminal Laws (Rajasthan Amendment) ordinance in the state assembly on 23 October. However, there was an uproar in the Rajasthan state assembly, and it has been adjourned till Tuesday, 24 October.

MoS Law and Justice PP Chaudhary reportedly said that the ordinance is “perfect and balanced”. “Individual rights and media have been taken care of, and there is a need for this Amendment”, he added.

What is the ordinance about?

The People’s Union for Civil Liberties (PUCL), a civil rights group, has severely criticised the ordinance that has been proposed calling the amendments superfluous and unnecessary. It said the ordinance was: “A sinister attempt of the Government of Rajasthan to abridge the fundamental right of speech and expression guaranteed under the Indian Constitution and to thwart the citizens right to access criminal justice system in cases of complaints against abuse of the law by public servants.”

The Editors Guild has also come out in the open to say that the ordinance is nothing but a pernicious instrument to gag the media, hide wrongful acts by government servants and drastically reduce the freedom of the press that has been guaranteed by the Constitution of India.

Legal experts, too that have publicly criticised the ordinance of the Vasundhara Raje government. Constitutional expert, Shanti Bhushan, jurist and former Attorney General Soli Sorabjee and many other legal experts of similar stature have pointed out that the ordinance is unconstitutional and would safeguard those who are involved in corrupt practices.

Also, two BJP MLAs Ghanshyam Tiwari and Narpat Singh Rajvi have come out in opposition to the ordinance claiming that it would be a ‘dark day’ for Indian democracy if the ordinance is passed.

The Logical Indian severely criticises the Rajasthan government’s move to bring about such a restrictive ordinance that would not only protect the erring public servants from being penalised but would also curb the freedom of speech for the media, which is supposed to be the fourth pillar of a democratic nation.