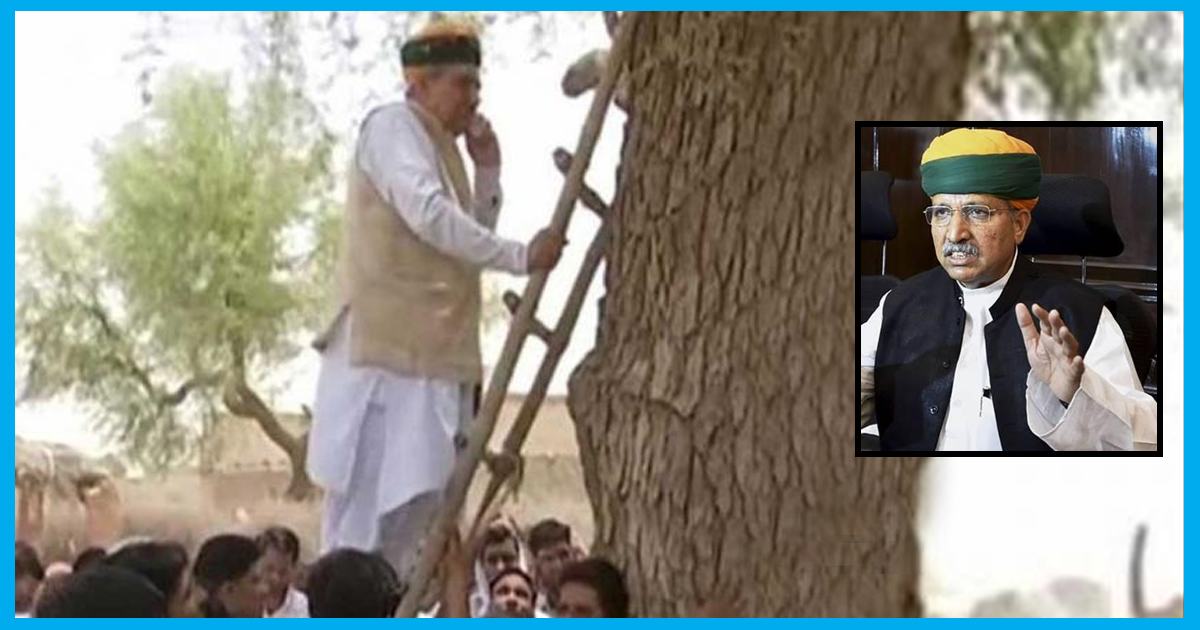 Arjun Meghwal, Union Minister for Finance and Corporate Affairs, was recently forced to climb a tree for a clear mobile phone signal at a village in Rajasthan.

On Sunday, 4 June, the Minister of State for Finance was visiting a village in his parliamentary constituency of Bikaner as part of a media campaign when he lost the network.

The Minister was making a tour of the village Dhoolia, 12 km away from Sridungergarh in Bikaner. On being asked about their problems, the villagers complained that they have been unable to contact the medical officer to let him know about the lack of nurses in the local hospital – they hardly have a network on their phones.

Meghwal tried contacting the officer but in vain – even he did not get a network on his phone.

“Climb up a tree”, a villager suggested. “That is the only way you could get a network.”

The Minister was baffled by the suggestion and admitted that he would not be able to climb a tree without support. A ladder was brought immediately, Meghwal climbed that and held his phone up after which he received a signal.

As the Minister finished his call and came down the ladder, he was greeted with cheers and applause.

Although Meghwal’s initial discussion was about the construction of a plant to assess water contamination, after facing the network problem he also directed the setting up of mobile towers in the villages within three months at a cost of Rs 13 lakh.

For villagers who had become used to a life without television and proper phone facilities, this turned out to be a boon for them.

We hope that this experience of Meghwal works as an eye-opener for the government about the everyday difficulties of the common man so that India can truly become “Digital India”.