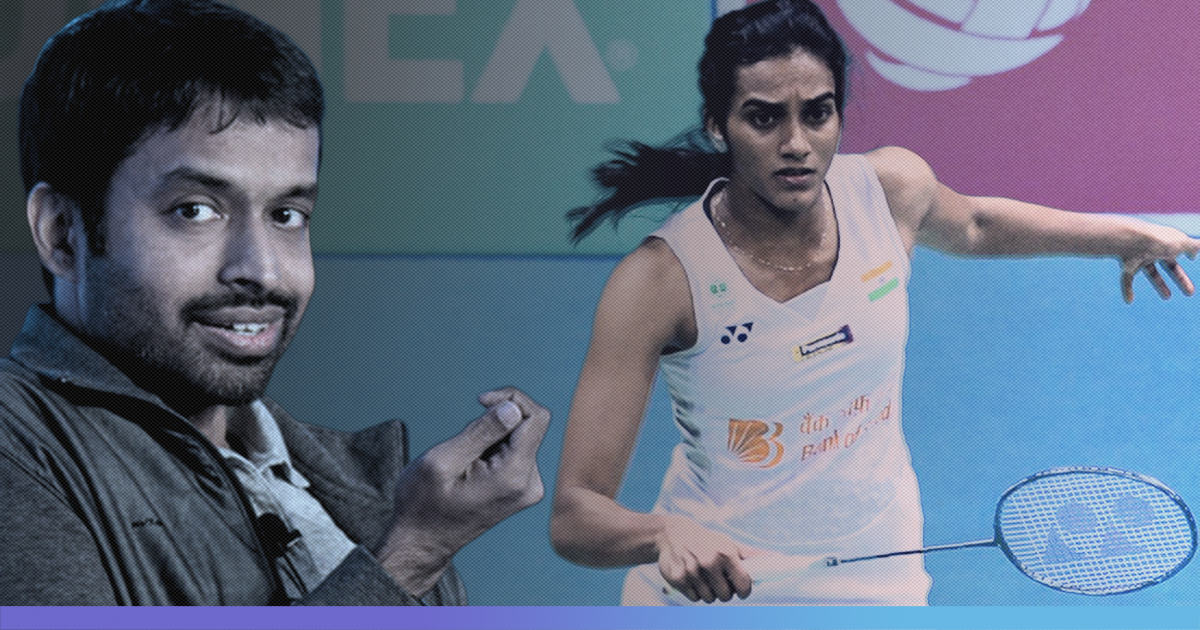 Spoke to @Pvsindhu1 and extended congratulations on behalf of the people of India for her historic win�� Also spoke to coach P. Gopichand and appreciated his efforts for this historic win of PV Sindhu and Bronze medal of @saiprneeth92 https://t.co/JDi7RkyMWv

"A big thanks to my coach Kim and Gopi sir and my supporting staff and I dedicate this win to my mom, it's her birthday today," she added," Sindhu said after the match. The ace shuttler made headlines after her unprecedented success and congratulations poured in.

Congratulations to her for winning the Gold at the BWF World Championships. The passion and dedication with which she's pursued badminton is inspiring.

Congratulations @Pvsindhu1 for winning the BWF World Championship. This is a proud moment for the entire country.

Your magic on the court, hardwork and perseverance enthralls and inspires millions. Best wishes World Champion for all your future battles #PresidentKovind

Man Behind The Champions

"Being Gopi sir's student for so long I know what he is trying to tell me when things aren't going my way on the court. I know I have to change my plans when he points them out and I should be able to do it immediately. You need to believe in him to be able to make those changes and I believe in him," Sindhu said in an interview with Hindustan Times.

An ace shuttler himself, Gopichand is the second Indian after Prakash Padukone, to win the All England Badminton Championship. He has coached Saina Nehwal and PV Sindhu both of whom feature in the World Top 10.

Several Indian players, including Olympic silver-medallist Sindhu, London Olympics bronze-medallist Saina Nehwal and Kidambi Srikanth, have achieved success under the guidance of Gopichand. It was under his coaching that Saina and Sindhu won Olympic medals at the 2012 London and the 2016 Rio Games.

Pullela Gopichand struggled for basic amenities as a young shuttler. With one shuttle per day and his mother compelled to travel on foot and save Rs 2, Gopichand and his family faced severe hardships in his childhood.

When Gopichand was injured, he could not find any injury management facility. Gopichand's motivation to create a world-class academy in 2004 was to make sure that no talent has to struggle and miss out on facilities the way he had to.

"As a sportsperson, injuries are a common feature. I think back then things were a little tougher because of the lack of sports science support, in terms of doctors or physios. I was fortunate to have Dr Ashok Rajgopal, who was really helpful to me. But I think, still, nutrition, physiotherapy, the methods of taping and recovery, which help players recover today, were not there as much," he told ESPN.

Gopichand got into coaching in 2004 and the Badminton Association of India made him the coach of the Indian national Badminton team in 2006.

With the five-acre land that he was awarded by Chandrababu Naidu government after he won the All England title in 2001, Gopichand constructed an eight-court academy equipped with all facilities. With almost no financial support Gopochand had to mortgage his home and invest all his savings to create the academy.

The academy became operational in 2008 with young players like Saina Nehwal, who won 20 international titles, was shifted to train under coach Gopichand. Gopi shifted to a rented place right opposite to the academy so that he can focus on coaching and keep up his 4 am schedule.

Today his academy remains one of the standout examples of sporting excellence in India. With the first academy functioning with best of the facilities, Gopichand went on to construct another academy with nine courts. He was honoured with the Dronacharya Award in 2009 for his outstanding coaching service to India.

From arriving at the academy at shifting the family to rented accommodation to getting honoured with third-highest Civilian Order Padma Bhushan for his contribution to Indian badminton, Gopichand's story continues to inspire many.

After PV Sindhu's historic win at the Badminton World Federation (BWF) World Championships, Pullela Gopichand said: "It has been a fantastic victory and a significant one for Sindhu. I knew she had a chance of winning the title this time by looking at how she has been training in the last few months and also the way she was playing in the last few tournaments. But after the first round victory, I became more confident."

Asked if he has planned his strategy for the Olympics, 2001 All England Champion, Gopichand said, "Last time, I travelled with the top players in the last few tournaments and then decided my plan. So, this time too ahead of the Olympics, in February and March, I will be travelling with the team and decide my plan for the Olympics."

"Everybody needs personal attention, and a lot more court time from me which is not always possible. I keep getting it that 'Bhaiya, you were not there if you were there I would have won," Gopichand said.

Speaking about the future of Indian sports in an interview, Gopichand said, "For consistent results, India needs to put in more effort to streamline the system."

"For sports to develop, you need coaches; we need players, system, and a disciplined structure. We haven't groomed any coaches. We haven't started anything; we need to focus on the internal structure," he added.