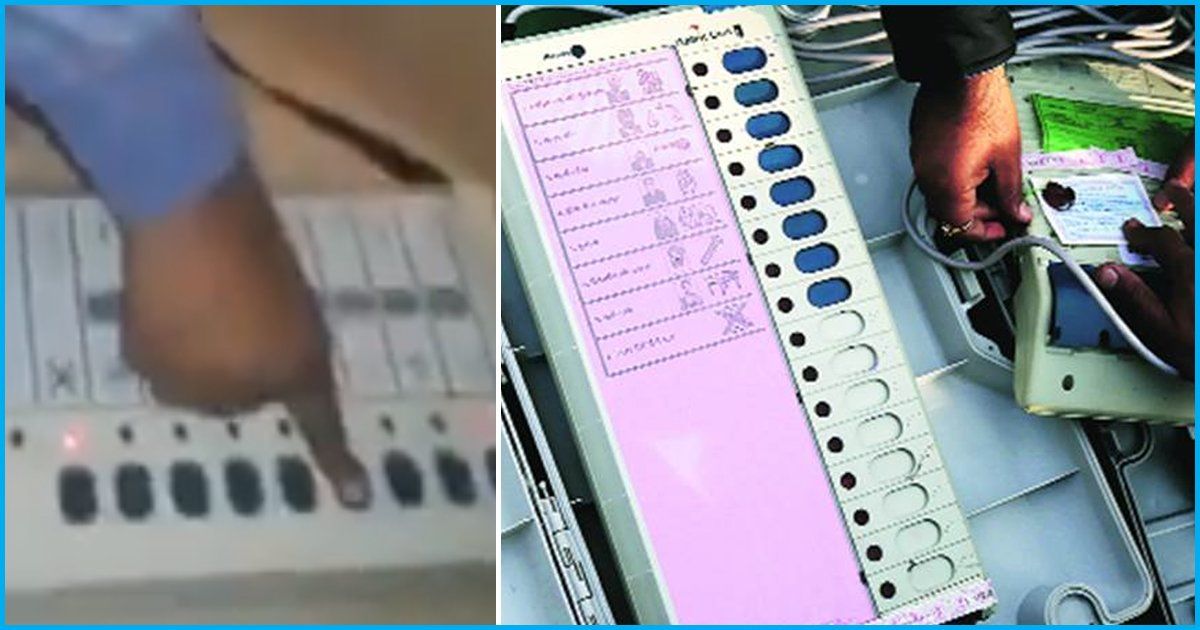 In the first phase of civic polls in UP on Wednesday, the public broke out in protest after the Electronic Voting Machines (EVM) reportedly malfunctioned in favour of BJP in Meerut and Kanpur. This is the first civic poll in UP, eight months after BJP’s victory in the assembly elections.

In many parts of UP including Meerut, Kanpur and Agra voters broke out in protest. As News18 reported, at booth number 58 of Tiwaripur ward in Chakeri in Kanpur no matter which button the voter pressed the vote got cast in favour of BJP. The voters said that even though a complaint was lodged with the electoral officer, voting was not stopped.

ANI reported that three wards in Kanpur faced the similar problem, where no matter which button was pressed the votes automatically went to BJP. Firstpost indicated that there was a delay in booth number 606 in Agra as there was alleged EVM malfunction.

The public broke out in a protest in Meerut after a similar incident. A video of Tasleem Ahmad, a voter, spread on social media platforms where it can be seen that although he pressed the button for BSP, the vote went to BJP. He waited in the booth to record the video in presence of the Election Commission.

The election commission denied the EVMs to be rigged but said that because of the malfunction they were immediately changed. BSP supporters were not happy and protested at several places.

Gorakhpur police detained five women who were caught casting bogus votes. They said they were paid by a person called ‘Anup’ to cast their vote in favour of BJP. Anup is yet to be found. According to 101 reporters, police beat up a man in Meerut after he protested the arrest of his son who was charged with bogus voting. Locals alleged that the police was acting under pressure from a local MLA and condemned the act.

In section 562 of ward number 55 at south DUJ Inter college in Gorakhpur, the EVM was not functional. Hence, there was a delay of more than 90 mins.

At booth no. 69 in Gautam Nagar, Agra, there was a delay of more than one hour as some voters ran away with the EVMs.

BJP’s history with UP

UP assembly election which was held in March, BJP won with a surprising majority of 325 seats out of 403. Oppositions cried foul play and EVM tampering. The Election Commission has been defending the EVM.

This civic poll is important as it would be instrumental in determining whether BJP’s stronghold in UP has subsided or not. In 2012, BJP swept the poll by winning 10 out of 12 seats.

The election commission states that only 52.8% votes were cast in the first phase of the polls. The second phase would be held on November 26. Over *3.36 crore people are eligible to exercise their vote in this UP civic poll.

*error. In the previous article, it was mentioned as 33.6 crores.