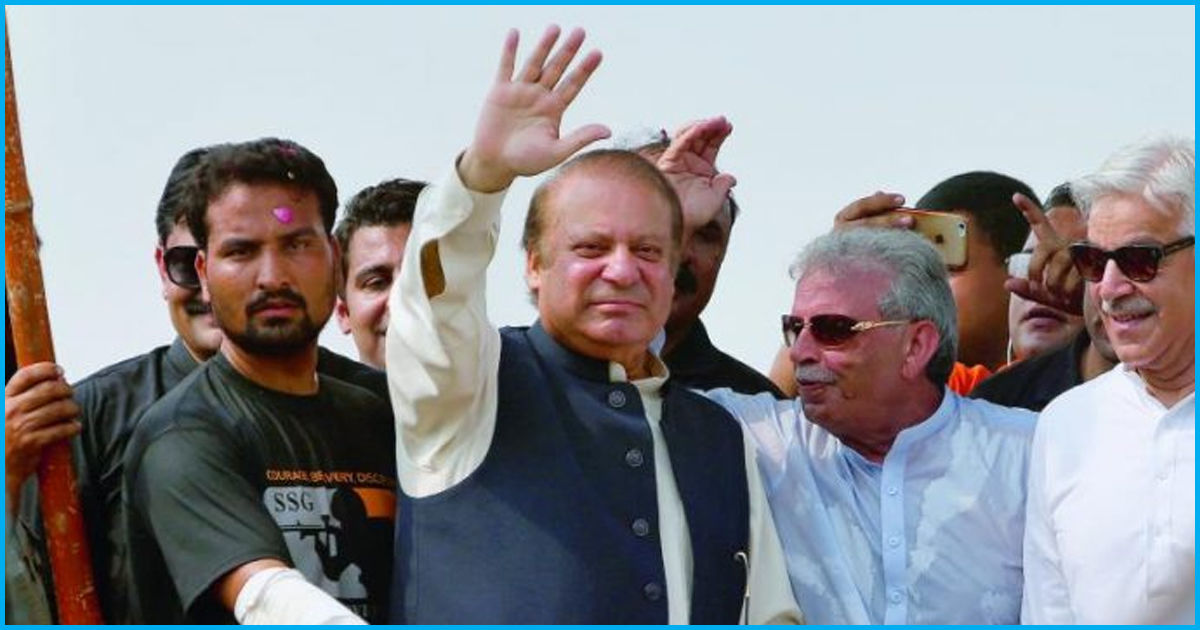 The Islamabad High Court on September 19 suspended the jail terms of Former Pakistani Prime Minister Nawaz Sharif, his daughter Maryam Nawaz and son-in-law Mohammad Safdar in connection with the Avenfield corruption case. Reportedly, the trio is set to be released from Adiala Jail in Rawalpindi after completion of formalities like payment of bail bonds worth Rs 5 lakh each.

Why was Nawaz Sharif’s sentence suspended?

The Indian Express reported that a two-judge bench suspended their sentences after accepting the appeals that were made by the former PM and his son-in-law Capt Safdar against the verdict that was announced by an accountability court on July 6, 2018.

Reportedly, the anti-graft court gave a 10-year jail term to Sharif and a seven-year jail term to his daughter and a year to her husband on charges related to his family’s purchase of luxury properties in London. The trio was reportedly released on a three-day parole to attend the last rites of former first lady Begum Kulsoom Nawaz who passed away on September 11 in a hospital in London after battling with cancer.

The Islamabad High Court judge ruled that the National Accountability Bureau, Pakistan’s anti-corruption body was unable to prove a valid financial link or evidence between the former PM and the upscale properties in question. National Accountability Bureau’s (NAB) special prosecutor Mohammad Akram Qureshi said, “law of evidence empowers the court to presume facts in certain situations,” reported the daily. Reportedly, the NAB is expected to appeal to the Supreme Court challenging the Islamabad High Court’s verdict.

Why was Nawaz Sharif given a jail term?

The NAB ruled that Sharif and his family laundered money in the 1990s to pay for four luxury apartments in Park Lane, Central London, drawing on allegations that resurfaced in the Panama Papers leak.

Disqualified as PM of Pakistan in 2017

The Supreme Court disqualified Sharif as Prime Minister in July 2017. The disqualification came in as opposition leader and present PM Imran Khan challenged Sharif’s office on the basis of publication of the Panama Papers. The apex court in Pakistan in April had also banned the ousted Sharif from the Parliament for life, reported Al Jazeera.

According to Panama Papers, Sharif family hoarded away assets in London through offshore companies Nescoll and Nelson. These companies are owned by Hussain Nawaz, Sharif’s son. Assets in question are worth over £200 million.