The Mumbai Police installed decibel meters on top of signal poles in some parts of the city to check the level of noise pollution, Bengaluru will do the same. 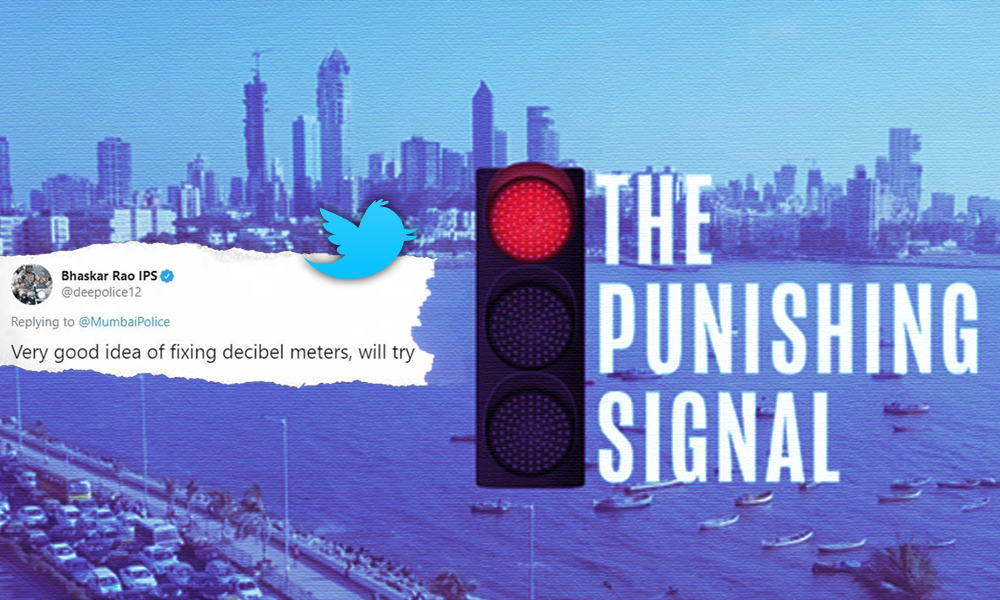 In a bit to control reckless honking at traffic signals, the Bengaluru Traffic Police has decided to adopt Mumbai's 'Punishing Signal' model.

Mumbai honks nearly 18 million times in one hour and a Mumbai driver alone honks 48 times in a day.

In an attempt to stop unnecessary honking at signals, the Mumbai police introduced a genius initiative called 'The Punishing Signal'.

As per the initiative, the Mumbai Police installed decibel meters on top of signal poles in some parts of the city to check the level of noise pollution. As soon as the decibel levels cross 85db mark, the red signal would restart at the original timer of 90 seconds. The signal wouldn't turn green unless the decibel level reduces from 85dB.

The police carried out this experiment in CSMT, Marine Drive, Peddar Road, Hindmata and Bandra where the decibel levels went beyond 85 dB.

"The decibel monitors are connected to traffic signals around the city, and when the cacophony exceeds the 85-decibel mark due to needless honking, the signal timer resets, entailing a double waiting time for all vehicles," Joint Police Commissioner (Traffic) Madhukar Pandey said.

"Mumbai is one of the noisiest cities in the world and a lot of this noise originates at the traffic signals where Mumbaikars honk even when they see the red signal. Jointly with the FCB Interface, we have launched this innovative solution to arrest the honking menace," Pandey added.

Those who 'honk more, wait more', is the punishing message flashed at such signals.

"This is intended more for creating awareness instead of punishment. Presently it is being launched on an experimental basis to study the public response," Deputy Commissioner of Police Pranaya Ashok said.

Bengaluru, Hyderabad also struggle with incessant honking at the traffic signals and have decided to adopt the Mumbai model.

The decision comes after Bengaluru Police Commissioner, Bhaskar Rao on Sunday said that he has already discussed the idea with the Mumbai Police and will shortly implement the initiative in Bengaluru as well.

Major areas like MG Road, Silk Board, KR Puram in Bengaluru have recorded a decibel level beyond 105 dB, while it has been recorded at 110 dB at the Kempegowda bus stand.

The top cop said, "We will implement it to bring discipline on the roads", adding "I will ask the joint commissioner of police to identify the junctions where honking is an issue."

Last week, TomTom, a Dutch technology specialist released its traffic index report where Bengaluru was identified as the most traffic-congested cities of the world.

As per the report, people in Bengaluru spend an extra 10 days and three hours stuck in traffic each year, which is an additional 71% of travel time, as compared to the time they would take if they were commuting during uncongested conditions.