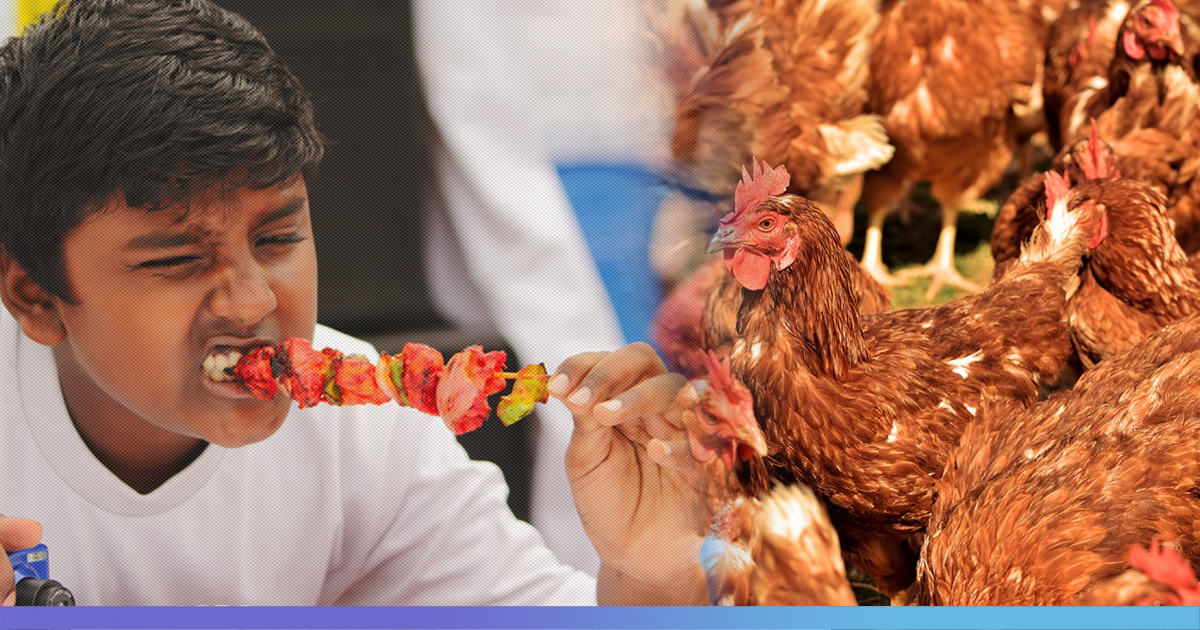 A study published in the journal Acta Scientific Microbiology on April 16 reports that chickens and eggs being sold in Mumbai are infused with antibiotic-resistant bacteria. Samples of chicken liver meat and eggs collected from 12 locations were found to contain ‘multi-antibiotic resistant’ bacteria. The team of researchers collected 24 samples of chicken liver meat and eggs from poultry shops of Chembur, Kurla, Ghatkopar, Sion, Matunga, Lower Parel, Santacruz, Borivali, Vasai, Panvel, Vashi, and Wadala.

What are multi-antibiotic-resistant bacteria and how are these harmful?

Generally, a bacteria is considered ‘multi-drug resistant’ when it is resistant to antibiotics of at least three classes. This means that if a person consumes meat/eggs which contains ‘multi-antibiotic’ resistant bacteria and gets infected, then it will be difficult to treat him/her. The primary reason that the Indian poultry farms use these human antibiotics on chickens is to protect them from disease and to make them grow faster. Vikas Jha, who is one of the lead authors of the study told Down To Earth, “Excessive use of antibiotics in animal feed is one of the prime reasons for such antibiotic resistance”.

What did the study reveal?

The samples were tested for resistance and susceptibility to 12 major antibiotics which are used to treat humans. The researchers isolated the Salmonella bacterium – the one which causes food poisoning. The researchers tested the bacterium with 12 antibiotics which treat infections in humans such as amoxicillin, ciprofloxacin, azithromycin, ceftriaxone, erythromycin, gentamicin, chloramphenicol, levofloxacin, tetracycline, and nitrofurantoin.

It was found that 90% of the bacterial isolates showed resistance to azithromycin, nitrofurantoin erythromycin, and trimethoprim and more than 60% of the samples were resistant to gentamicin, amoxicillin, tetracycline, and chloramphenicol, raising a serious threat to life. It was found that one of the bacterial isolates was resistant to all the antibiotics.

The most shocking result was that erythromycin and azithromycin – the antibiotics to which the bacterial isolates showed resistance are listed under the highest priority critically important antibiotic by the World Health Organisation (WHO).

Jha further raised his concern on the fact that the pace at which pathogens are gaining resistance to antibiotics is dangerous. He also asked that due to this reason, there is an immediate need to limit antibiotic use and stop antibiotic misuse for poultry.

The study published in journal Acta Scientific Microbiology in the May issue was done by Meenakshi Bandyopadhayay, BS Ajitkumar, Ashish Jhangiani along with Vikas Jha.

Not the first incident

In 2017, the Centre for Science and Environment report revealed that in poultry farms around UP, Rajasthan, Punjab and Haryana, a high level of multi-drug resistance in bacteria such as E. coli, Klebsiella pneumoniae and Staphylococcus lentus were found. The researchers took samples from four key poultry from the states mentioned above, and these three bacteria were tested against 16 antibiotics. It was found that 100% of E.coli, 92% Klebsiella pneumonia, and 78% Staphylococcus lentus isolated from the poultry environment were multi-drug resistant. Ten of the antibiotics that were tested against these bacteria were considered ‘critically important’ for humans by the WHO. These bacteria were resistant against penicillin and fluoroquinolones, reported The Wire.

In 2014, the Union agriculture ministry had asked not to use antibiotics in feed or feed supplements for animals. However, this advisory was not mandatory.

India’s National Action Plan on AMR (NAP-AMR) has advised restricting and phasing out non-therapeutic antimicrobials. Upon this, the Food Safety and Standards Authority of India has introduced standards for antibiotics in animal food samples. On the brighter side, Drug Technical Advisory Board has advised stopping using of high priority critically important antibiotics in poultry. However, the proposal is yet to formalised.

Also Read: Growth Promoting Antibiotics Banned In US & Europe Continue To Be Sold In India