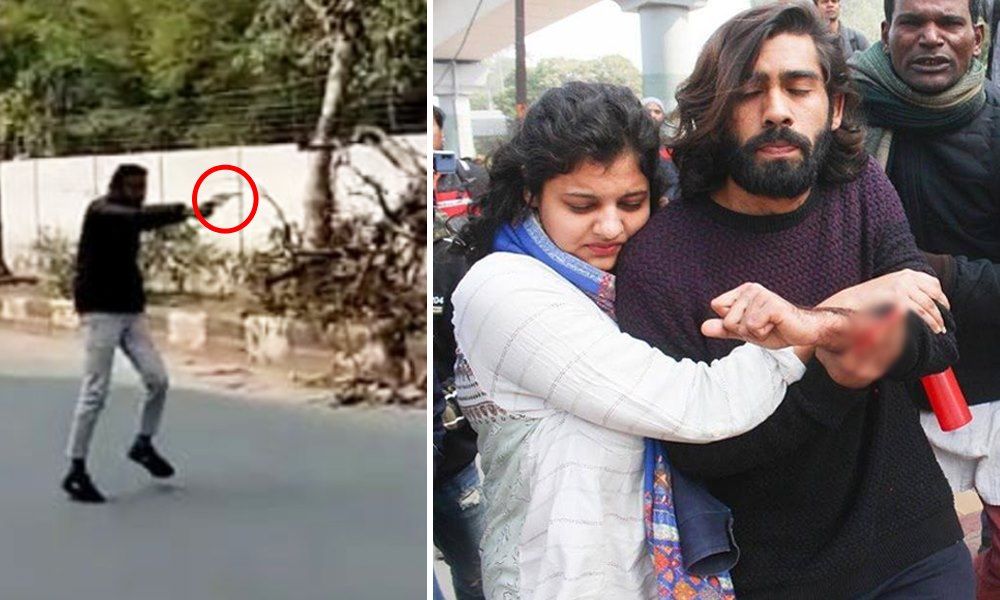 The man allegedly shouted, "Kisko chahiye azadi? Main dunga azadi," (Who wants freedom, I will give them freedom) before opening fire at the protesters.

A protester was injured in the attack.

#UPDATE Delhi Police: Man, who brandished the gun and opened fire in Jamia area, has been taken into custody. He is being questioned. The injured, said to be a student, has been admitted to a hospital. Investigation is continuing. https://t.co/6Mh2021fyw

The accused has been identified as Gopal and the police have taken him into custody.

The injured student, meanwhile, has been identified as Shadab Najar, a student of Jamia Millia's Mass Communication and Research Centre. He has been rushed to Holy Family Hospital in Jamia area

A video clip shared by ANI shows the man brandishing a pistol while walking backwards in Delhi's Jamia area near Holy Family hospital.

SOS: Jamia Student shot by a goon when they were marching for Jantar Mantar

They tried to repeat the assassination of Gandhi #gandhiji pic.twitter.com/Iyafk1vhzE

Earlier on Tuesday, an armed man had entered the protest site at Shaheen Bagh and threatened the anti-CAA agitators. He was however overpowered by the protesters.