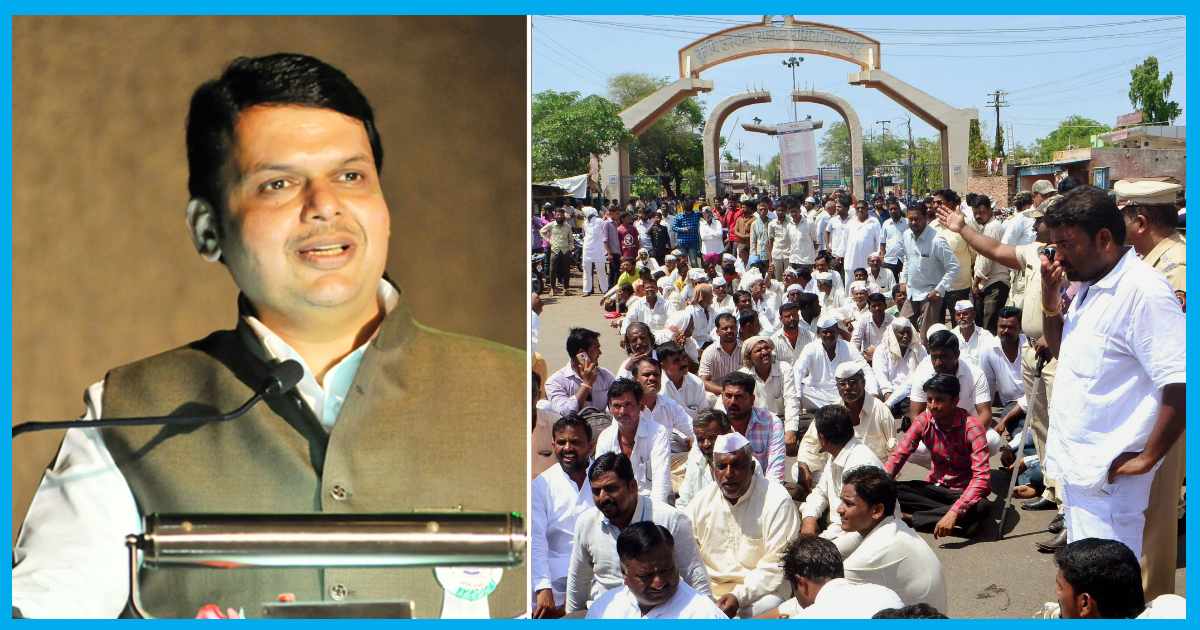 After UP, Maharashtra CM Announces Loan Waiver For Farmers

After a 11-day strike by the farmers of Maharashtra, Chief Minister Devendra Fadnavis has agreed to a farm loan waiver to cap the political and economic fallout of the continuing protests.

Farmers across Maharashtra have been on an indefinite strike from 1 June. The protesting farmers have been cutting the supply of vegetables and milk to cities like Mumbai and Pune.

The farmers believe that they have not been getting good prices and are burdened by debt leading to suicides (639 farmers committed suicide between 1 January 1 and 31 March 2017).

Announcing that a consensus had been reached and farmers had called off their strike, Chief Minister Fadnavis, who described the decision as “historic”, told The Indian Express, “The loan waiver is for all farmers and not confined to just small and marginal categories. There will be defined parameters to ensure genuine and needy farmers are not left out of the institutional credit bracket.”

Maharashtra has 1.36 crore farmers and their loans add up to Rs 1.14 lakh crore but the government forecasts that the loan waiver will cost not more than Rs 35,000 crore. This is supposed to be the case when parameters are introduced to weed out non-farming categories to ensure that genuine farmers reap maximum benefits. The introduced parameters will ensure that big business houses, professionals or politicians who own large parcels of agricultural land do not avail loan waiver benefits in the name of debt-ridden farmers.

The Reserve Bank has warned that the fiscal situation could get out of hand if states continue to waive loans. Similarly, the central bank’s Governor, Urjit Patel, while sharply criticising farm loan waivers, told Reuters that they increase government spending and widen fiscal deficits while creating moral hazard by eroding the country’s credit culture.

Finance Minister Arun Jaitley has said that states keen on farm loan waivers must generate funds for the same from their own resources. He said this while addressing a delegation on GST issues during the Vibrant Gujarat investors summit in Gandhinagar, Gujarat on January 11.

The Maharashtra government’s intervention has put an end to the farmers’ protest and, if the loan waiver plan is smoothly executed, the protests are not expected to resume in the state. At the same time, the economics of waiving off farmers’ loans remains debated.