Nepal: 3 Killed In Plane Crash At Lukla Airport, One Of The World’s Most Dangerous Airport 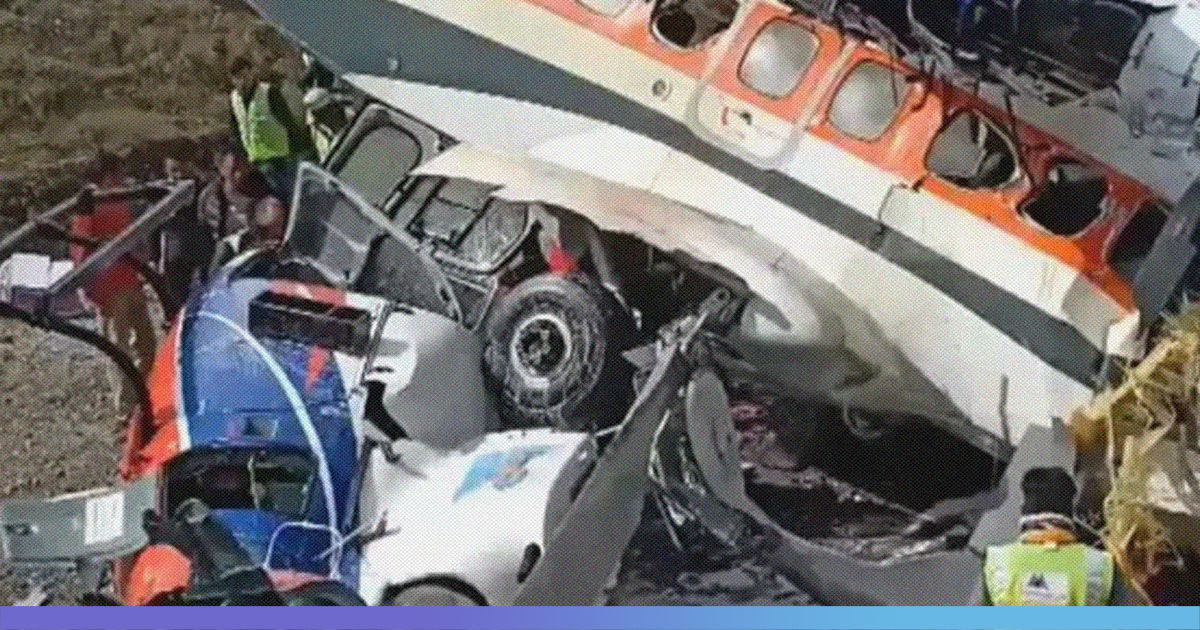 On 13th April 2019, a privately owned passenger aircraft Summit Air, veered off the runway during take-off and collided into two stationary private airline helicopters of Manang Air and Shree Air. The incident took place at Tenzing-Hillary Airport at Lukla in Nepal.

Aviation Safety Network (ASN) database in its preliminary report stated that there were no passengers in the aircraft but recorded that the co-pilot and two police officials standing on the ground died of fatal injuries, and the four injured are currently receiving treatment at Kathmandu’s Grande Hospital.

A spokesperson of The Tribhuvan International Airport in Kathmandu, Pratap Babu Tiwari said that the co-pilot S Dhungana of Summit Air and Assistant Sub-Inspector Ram Bahadur Khadka on the ground at the helipad died on the spot. Meanwhile, Assistant Sub-Inspector Rudra Bahadur Shrestha who was also on the ground was airlifted to Grande Hospital before succumbing to injuries at the Hospital.

Captain RB Rokaya who was flying the Summit Air passenger aircraft and Captain Chet Gurung of the stationary Manang Air Helicopter are currently receiving treatment at Grande Hospital and are said to be out of danger and will survive the incident.

ASN also reported that both the privately owned aircraft of Summit Air and the helicopter of Manang Air were destroyed while the second private helicopter of Shree Air sustained minimal damage.

The Kathmandu Post reported that Airport authorities probing into the matter believe the co-pilot had significantly few flying hours amounting to less than a year and a half experience before taking on the World’s Most Dangerous Airport.

It is speculated that the captain could have allowed the co-pilot to take the reins as the flight was not carrying any passengers.

While the reason for the incident is still unknown, one CAAN (Civil Aviation Authority of Nepal) authority said the pilot in command was unable to control the vehicle after feeding power to the plane’s systems; ultimately skidding 30-50 meters from the runway and crashing into the two helicopters in the helipad.

The Lukla Airport has a track record for being the World’s Most Dangerous Airport with a small runway (527 m) flanked by Mountains and treacherous terrain. Only helicopters and small winged aircraft are allowed in this airspace.

Lukla Airport is located on a mountain at an elevation of 9334 feet (2845 m). At one end of the runway is a mountain wall and the other end is a dramatic 2,000-foot plunge into the valley.

With the spring season tourist influx steadily increasing at the Mount Everest, many private Airline Aircraft like the ones involved in the incident, land and take off from the Lukla Airport which is touted as the ‘Gateway to Mt. Everest.’

However, Nepal airspace has a poor safety record and maintenance woes. Earlier this year, on February 27th, another incident of a privately owned helicopter of Air Dynasty crashed into a hillside and reported seven fatalities including the country’s Culture, Tourism and Civil Aviation Minister- Rabindra Adhikari, Deputy Director and Director General of CAAN and the Sub-Secretary of the Government of Nepal among others.

The European Union has banned all Nepalese Airline flights on its airspace over safety concerns.