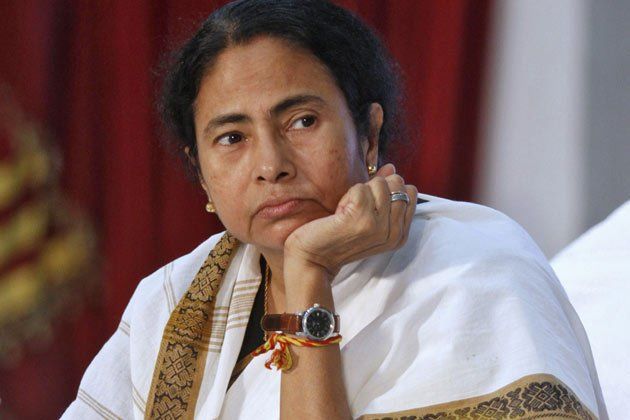 Kolkata Flyover Collapse: A Timeline Of The Tragedy

A flyover under construction in Kolkata collapsed on Thursday, trapping vehicles and street vendors in the debris. At least 14 people are feared killed and more than a 100 people are still stuck in the aftermath.

Residents apparently used their bare hands to rescue people pinned under a 100-metre long section of metal and cement that snapped off at one end and came crashing down in the teeming commercial district near Girish Park.

“The concrete had been laid last night at this part of the bridge,” resident Ramesh Kejriwal told Reuters. “I am lucky as I was planning to go downstairs to have juice. When I was thinking about it, I saw that the bridge had collapsed.”

Video footage aired on TV channels showed a street scene with two auto rickshaws and a crowd of people suddenly obliterated by a mass of falling concrete that narrowly missed cars crawling in a traffic jam.

Chief Minister Mamata Banerjee, whose party is seeking re-election in the state of West Bengal next month, rushed to the scene. Here’s what she said:

“We will take every action to save lives of those trapped beneath the collapsed flyover. Rescue is our top priority,” she said.

Banerjee, 61, said those responsible for the disaster would not be spared.

Project hastened with an eye on elections A newspaper report last November had stated that Banerjee wanted the flyover, already five years overdue, to be completed by February with a keen eye on the impending polls.

Project engineers had, meanwhile, expressed concerns over whether this would be possible, The Telegraph had reported at the time.

This disaster can play a vital role in the West Bengal election, one of the five being held next month that will give an interim verdict on Narendra Modi’s nearly two years in power. Elections will be held in numerous states including Puducherry, West Bengal, and Assam. Indian company IVRCL was allegedly building the 2 km-long Vivekananda Road flyover, according to its web site.

IVRCL’s director of operations, AGK Murthy, said the company was not sure about what triggered the disaster.

“We did not use any inferior quality material and we will cooperate with the investigators,” Murthy told reporters in Hyderabad where the firm is based.

Casualties:
A co-ordinated rescue operation was slow to get under way, with access for heavy lifting gear and ambulances restricted by buildings on either side of the flyover and heavy traffic. Police said that 78 of the injured had been taken to Kolkata’s Medical College Hospital after the disaster struck around noon.

“Most were bleeding profusely. The problem is that nobody is able to drive an ambulance to the spot,” said Akhilesh Chaturvedi, a senior police officer, to agencies.

Who is to be blamed?
Eyewitness Ravindra Kumar Gupta, a grocer, said two buses carrying more than 100 passengers were trapped. Eight taxis and six auto rickshaws were partly visible in the wreckage as well.

“Every night, hundreds of labourers build the flyover and they would cook and sleep near the site by day,” said Gupta, who together with his friends, pulled out six bodies. “The government wanted to complete the flyover before the elections and the labourers were working on a tight deadline … Maybe the hasty construction led to the collapse.” Responding to the Kolkata bridge tragedy, Union Home Minister Rajnath Singh on Thursday took to Twitter to offer his condolences to the kin of those who lost their lives in the mishap. He also asked the Director General of the National Disaster Response Force (NDRF) to send sufficient rescue personnel to the accident spot.

“Deeply saddened to know that precious lives have been lost in the Kolkata accident. My heartfelt condolences to the families of the deceased,” Singh said in a tweet.

Meanwhile, the NDRF teams are facing numerous problems with the rescue operations. Here’s a gist:

According to reports, the area where the bridge collapsed is very congested, making it difficult for rescue operations to be conducted swiftly.”Our team is in contact with the West Bengal government. NDRF teams have been dispatched. We will send more NDRF teams and para-military forces if necessary,” said MoS Home Kiren Rijiju. “It was a very crowded place. It is very sad news. We will provide whatever support is needed,” he added.

A PTI correspondent who was at the accident site saw a number of severely injured people lying in a pool of blood. A few were seen trapped under vehicles, concrete, and heavy steel girders.

A number of hawkers operate under the flyover which is also used for parking purposes.

How will the incident affect Mamata Banerjee’s poll prospects?

The Assembly polls in West Bengal are scheduled for April-May and the incident may affect the chances of the Mamata Banrejee-led Trinamool Congress government’s attempt to retain power in the state.