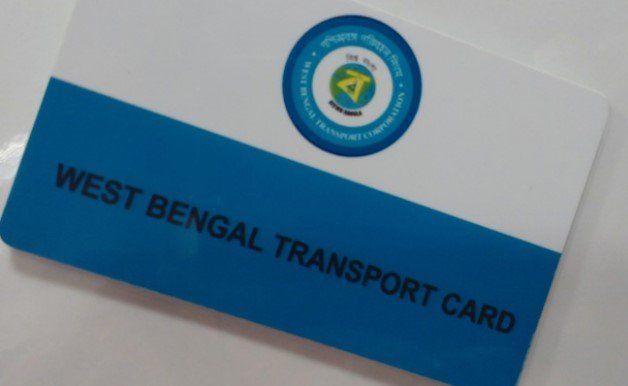 Kolkata takes its first step towards the digital enhancement of its transportation sector to real time, with the introduction of fare smart card and ‘PathaDisha’ app by the West Bengal government.

The fare smart card, called the ‘West Bengal Transport Card’, can be used by commuters to swipe and pay fares across various transportation modes in Kolkata, including state-run buses, trams and ferries. West Bengal Transport Minister, Suvendu Adhikari stated that the pre-paid transport card would prevent pilferage in expenses of state transport undertakings, save commuters and bus employees from the crisis of giving the small change back, and make the transport system more transparent.
Adhikari also claimed that the smart card services will be initiated with 700 buses at present, and will be extended to further 300 buses in a few months. He further clarified that the card does not include Kolkata’s popular metro service because it is under the domain of the Central Government.
The transport card is currently sold at five major bus stations in the city and is expected to be available from 20 other locations soon.

The West Bengal government, further, introduced the ‘PathaDisha’ Application. Adhikari said that the app launch is part of the Vision 2016 initiative of the Transport Department, to provide smart, transparent and easy commuting.

Comparing it to the likes of Ola and Uber app-based cab services; Adhikari said the ‘PathaDisha’ would enable commuters to verify the location of a bus, its route and destinations, as well as the availability of seats and crowd in the bus. Moreover, GPS systems will be installed in the buses to ensure the safety of women, along with CCTVs and a panic button that can be used in case of emergencies. The app will facilitate ‘accident management’ to send alerts to police, hospitals, fire stations and other agencies during a mishap or accident, that will enable relevant assistance to be rushed to the location.

The World Bank, along with Korea Green Growth Trust Fund, support this initiative. “As one of the most densely populated cities, Kolkata is a challenge but could soon join the ranks of cities like London and Seoul which use data to deliver better transport,” said Ms R Basu, World Bank. Adhikari stated that this project would be extended from West Bengal Transport Corporation-run buses in the city to two other state undertakings within the next six months to cover the entire state.

World Bank representative also announced the provision of mobiles to numerous private bus operators along with the ‘PathaDisha’ application as a pilot project. Adhikary stated, “we hope the private operators will realise how much helpful the navigational apps will be in future”. Adhikary further added, “We request them to have the same facility in their vehicles which would help improving passenger amenities, the safety of private buses and raise their earnings. We will issue advisories for private buses based on their response.”

The Transport Minister assured that the Smart Card services and ‘PathaDisha’ App would be extended to the waterways with World Bank as their development partner.

He further claimed that the drivers of state undertaking will be trained to fulfil the West Bengal Chief Minister’s (Mamata Banerjee’s) “Safe Drive, Save Life” campaign, under the guidance of IIT Kharagpur.

The drivers and conductors of state-run buses in Kolkata, have been provided with new uniforms. The uniform changed to dark blue trousers with light blue shirts, from the previous khaki colour. The new uniform is also embossed with Mamata Banerjee’s slogan “Safe Drive, Save Life”. The Logical Indian appreciates the step taken by the West Bengal government for introducing such a progressive system to give the commuters a hassle-free experience of travelling. Since digital is the key to moving forward, we hope other states also take note of such a well planned transporting system.