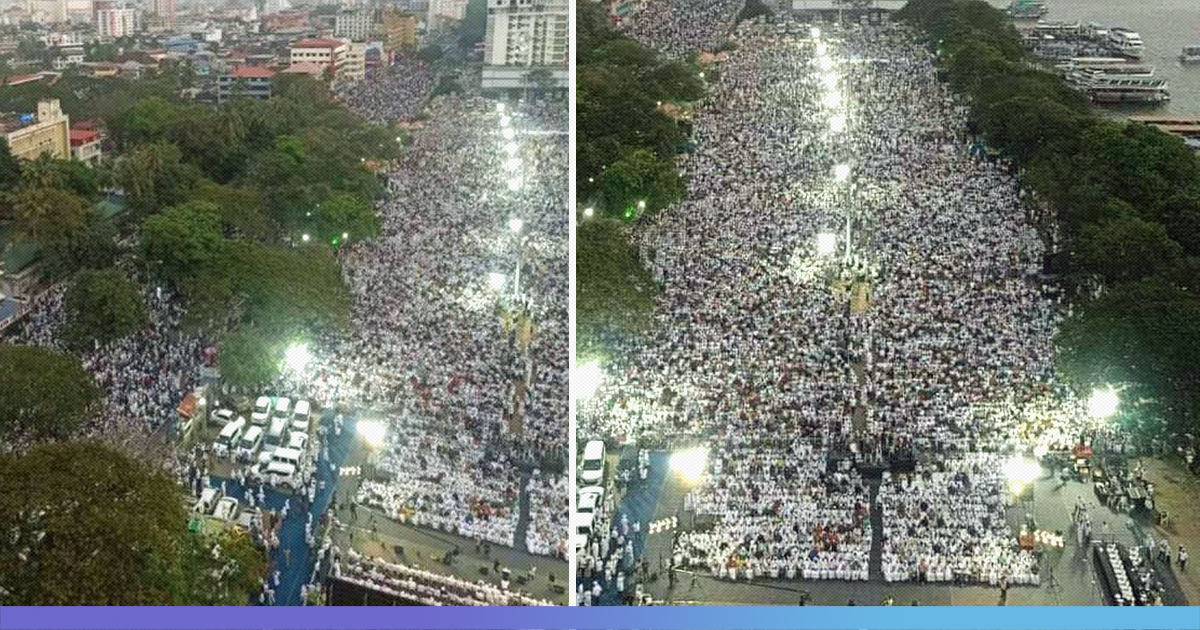 On the first day of 2020, several Muslim organisations took out a rally against the controversial Citizenship Amendment Act (CAA) in Kochi demanding Modi government to withdraw it.

The five kilometres long rally saw a lakhs of people who started their march from the Jawaharlal Nehru International Stadium to Marine Drive, raising slogans against the contentious new Citizenship law.

The protestors carried photos of Mahatma Gandhi, B R Ambedkar, and Maulana Abdul Kalam Azad. “We are Indians, firstly and lastly” and “India is our nation” read some of the slogans with pictures of Ambedkar and Mahatma Gandhi.

According to media reports, a bike rally was organised on Tuesday to announce the protest in Ernakulam. No violence was reported during the hour-long protest and the Kerala traffic police had put new traffic diversions in place, ahead of the rally.

The Kochi metro also saw an unusual surge in passenger traffic. Motorists and Kerala Road Transport Corporation (SRTC) buses, were also caught in the traffic congestion in the centre of the city.

Also Read: UP Police Sends Notice To Man Who Died 6 Years Ago For Causing Violence During Anti CAA Protests