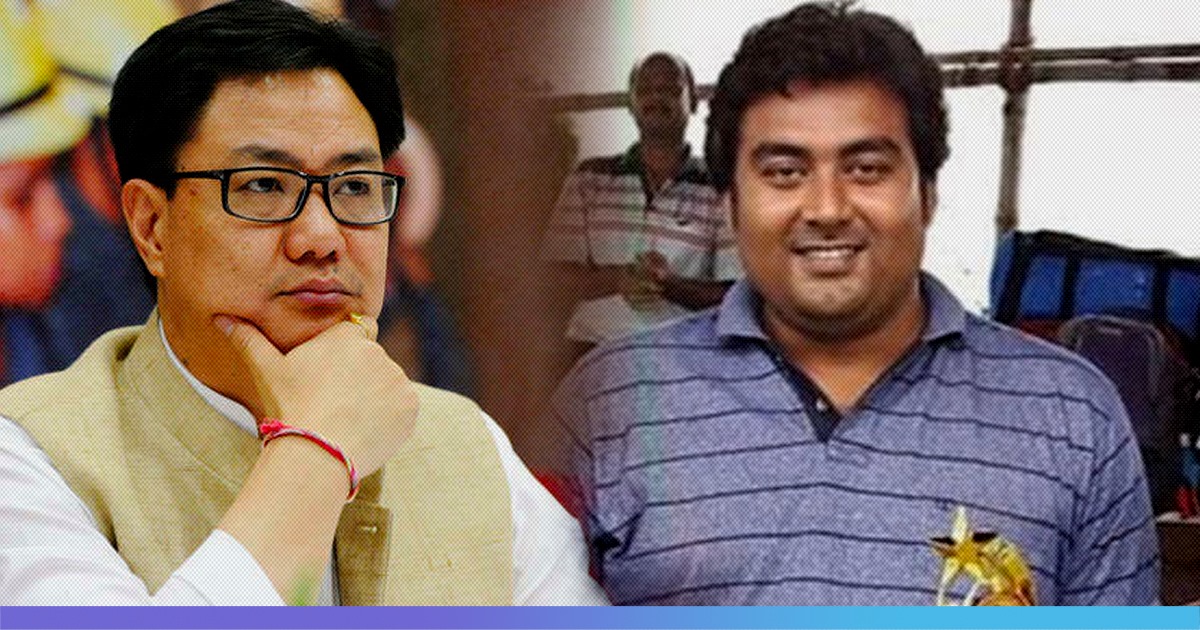 The 15-year-old girl was allegedly molested by swimming coach Surajit Ganguly, and the matter was brought to Rijiju’s notice by a Twitter user. The sports minister quickly responded.

Rijiju Takes “A Strong View” Of The Incident

“A stringent action will be taken through Sports Authority. Firstly, it’s a heinous crime of serious nature so I’ll urge the Police to take stringent penal action against the coach urgently,” Rijiju wrote.

Rijiju later said that he has taken “a strong view” of the incident, adding that Goa Swimming Association has terminated the Ganguly’s contract.

“I’m asking the Swimming Federation of India to ensure that this coach is not employed anywhere in India. This applies to all Federations & disciplines,” he wrote.

I've taken a strong view of the incident. The Goa Swimming Association has terminated the contract of coach Surajit Ganguly. I'm asking the Swimming Federation of India to ensure that this coach is not employed anywhere in India. This applies to all Federations & disciplines. https://t.co/q6H1ixZVsi

Rijiju was praised by several Twitter users for his quick response and swift action on the incident.

Firstpost reported that a case of rape and criminal intimidation as well as for offences under the POCSO Act was registered against the coach by Goa Police.

Goa Swimming Association appointed Ganguly two and a half years ago for its Mapusa facility. “We had appointed him because he had a good track record as a coach. There have been no prior complaints against him,” GSA Secretary Syed Abdul Majid said, confirming that the coach’s contract has been terminated.

The girl has lodged a complaint with West Bengal Police, and their counterparts in Goa are now handling the case.