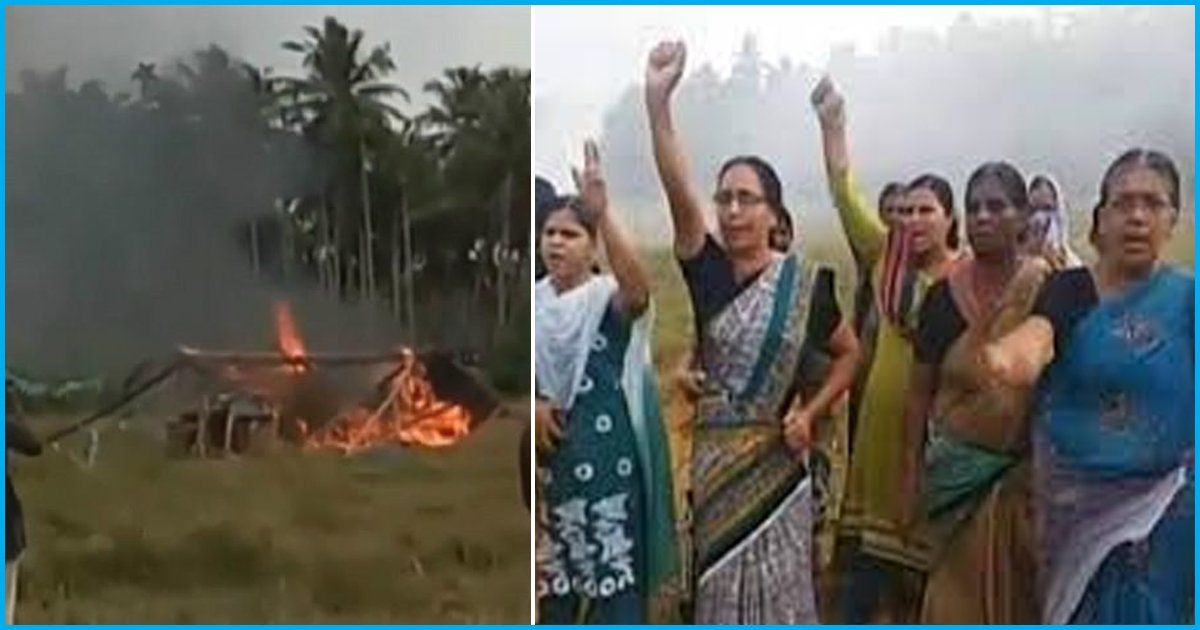 The farmers were protesting against the land acquisition of 250 acres of paddy fields for the Kuppam-Kuttikkol highway which was proposed in 2003. The incident happened around 2 PM when the police arrested the protesting farmers.

According to reports, farmers and residents of Keezhattur in Kannur have formed a farmer's collective, Vayalkilikal, to protest against the proposed land acquisition for the highway. On Wednesday, the situation got heated up after the district officials decided to begin the survey for the project.

In the early hours of Wednesday, more than 50 farmers assembled to protest against the survey. They threatened to set fire to themselves if the officials do not stop the study. The police assured the protesting farmers that the district administration is ready for discussion. However, the authorities refused to give any further assurance and began surveying the nearby fields.

The government sent large numbers of police officers to the spot for controlling the heated situation. They arrested 49 protesting farmers from the place and held them at Thaliparamb police station while the survey was conducted. Within minutes, the tents were set on fire, allegedly by CPM workers.

Vineeth, who is part of the collective, told The News Minute, "After the protesters were arrested, CPI (M) workers came and set the tents on fire. The party has threatened us many times. They have tried to stop the protests in multiple ways. We have no objection to the highway, but it should not be built on paddy fields. There are other options, why don't they consider those? Why should the livelihoods of the farmers and the ecology be affected?"

The highway was proposed in 2003 by building it in the upper land, not levelling the paddy field. However, in 2016 a new notification said that the road would be constructed by levelling 250 acres of paddy field, and a preliminary survey would be conducted.

The collective approached the High Court asking why the notification was carried out without consulting the public, the judgement was passed in favour of the organization, however, two months ago another warning was released which said the paddy field will be levelled for the highway construction which intensified the protest by the farmers.

The Logical Indian community condemns the act of CPI(M) workers and police must arrest them. At the same time, the concerns of people whose land are being acquired must be paid attention to. The Kerala Govt should give immediate attention to the issue.