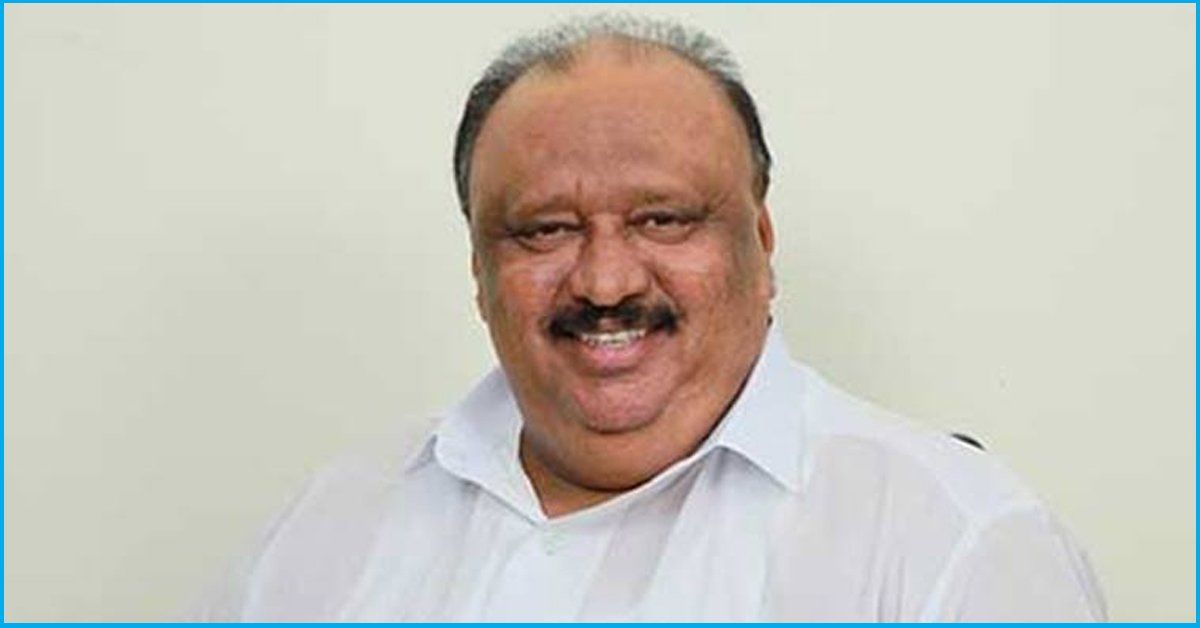 Kerala Transport Minister Thomas Chandy resigned on November 15th over alleged land grabbing charges. He added that soon he will be back in the State cabinet.

He is the third minister to resign from the Pinarayi Vijayan-led government after it came to power in 2016. According to a The Times of India report, Chandy, a businessman turned politician faced the heat as allegations surfaced about his company violating rules to construct a parking area and a road through a paddy field to his Lake Palace resort in Alappuzha. This is a violation of Kerala Land Conservation of Paddy Land and Wetland Act. He is a board member of the said resort run by Water World Tourism Company.

He filed a petition with the High Court against TV Anupama, the Collector of Alappuzha who filed an interim report regarding the issue to the revenue department which confirmed Chandy and his business associates violated rules pertaining to Kerala Conservation of Paddy and Wetland Act 2008. The report was submitted followed by an investigation into the alleged land encroachment ordered by the Revenue Ministry.

Thomas Chandy moved the High Court challenging the probe findings filed by TV Anupama. The Court rejected Chandy’s petition on Tuesday and asked him to face the law as a common man.

Chandy mentioned that he would move to the SC to remove the allegations against him. He said, once he is exonerated he shall be back into the cabinet. “The CM has assured us that the cabinet bench for the party shall be kept vacant until I come out clean,” he said. Thomas belongs to the Nationalist Congress Party which is apart of the LDF coalition government which is in power in Kerala.

After handing over his resignation, he told a TV channel that his decision to resign only came after the CM himself advised him following the “stubborn stand” taken by “a coalition partner”.

CPM state secretary Kodiyeri Balakrishnan said that there will not be any compromise on lawbreakers if the charges are proved to be true. Balakrishnan said, “Action will be taking after legally examining the issue“.

According to a report by the Firstpost, a constitutional crisis has been averted with Transport Minister Thomas Chandy resigning from the 18-month-old Pinarayi Vijayan government, but the issue may continue to haunt the CPI (M) led Left Democratic Front government for long.

The LDF came to power with the promise of a corruption-free government in 2016. They took 2 months to take a decision on TV Anupama’s report that confirmed land grabbing against allegations against Chandy and his wife, whereas he took two days to seek the resignation of his colleague EP Jayarajan.

Vijayan sought Chandy’s predecessor AK Saseendran immediately after a TV channel aired his alleged sex chat with a woman. Chandy replaced Saseendran in May. Even after receiving Alappuzha Collector’s report in September 2017, CM sat on the LDF state committee’s recommendation to take an appropriate decision on Chandy’s fate for nearly a week. The resignation came only after four ministers belonging to CPI chose to boycott the cabinet meeting in Chandy’s presence.

Thomas Chandy, the richest legislator in the cabinet, handed his resignation to the NCP’s state president TP Peethambaran Master and reportedly left for his constituency in Kuttanad.

CPI leaders had questioned how a Minister, who had filed a case against the government that he is a part of, could continue in office and discharge his constitutionally mandated responsibilities after having challenged a government action in court.