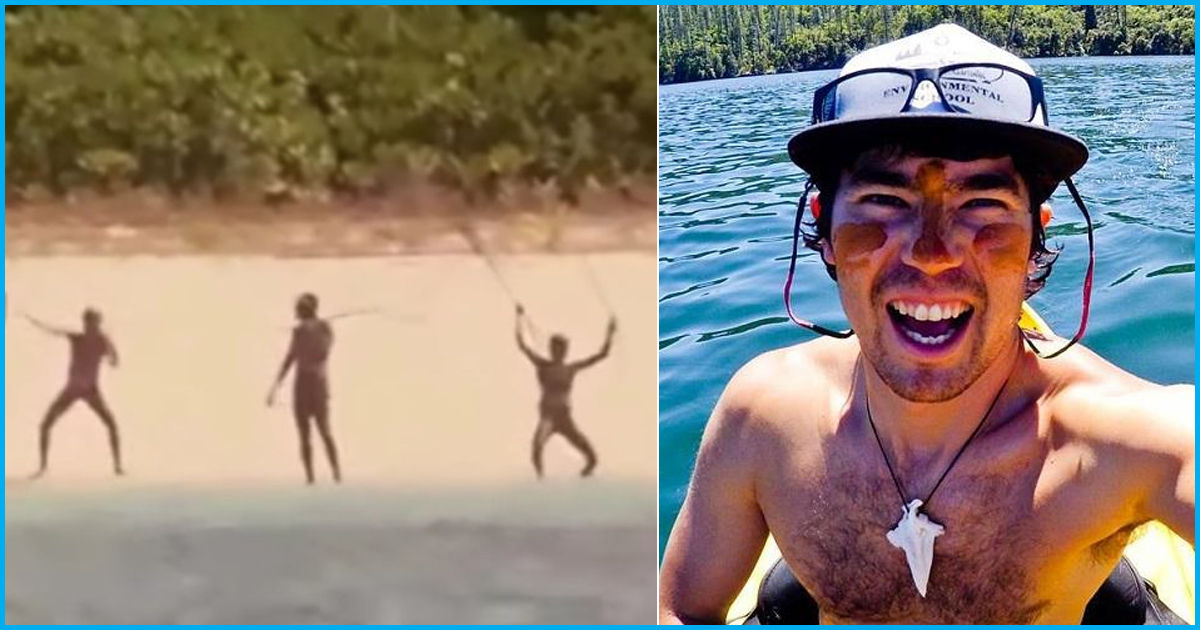 Even after over a week of American national John Allen Chau’s death on the forbidden North Sentinel islands of the Andaman & Nicobar island chain, Indian authorities have made continued efforts to retrieve his body. On November 16, Chau, a Christian Missionary was feared to have been killed by the indigenous Sentinelese tribesmen who reside in the obscure island.

However, efforts, including the most recent one on November 24, have proved to be futile. The Sentinelese, a protected tribal community with a population of only 40 (Census 2011) is among the last ‘uncontacted’ tribes in the world and are known to turn hostile during attempted human contacts.

Reportedly, on Saturday, November 24, police stationed their boat about 400m. They used their binoculars to see that the Sentinelese are standing with bows and arrows. The police forces withdrew after this confrontation. While Chau’s body has not been found yet, the police, with the help of the local fishermen have been able to map the area where his body may have been buried.

Activists urge authorities to call off the search

The signatories of the joint statement include Pankaj Sekhsaria, author of Islands in Flux – the Andaman and Nicobar Story; Denis Filed, editor of Andaman Chronicle, Zubair Ahmed, the editor of Light of Andamans, and researchers like Vishvajit Pandya among others, reported The Wire. The joint statement said, “Continuing with the efforts could well lead to further violence and completely unwarranted loss of life.” It further said that rights and desires of the Sentinelese tribespeople need to be protected.

Apart from the signatories of the joint statement, Survival International on November 26, also requested the Indian government to terminate efforts to rescue Chau’s body. Stephen Corry, director of Survival International said that efforts to make contact can prove to be dangerous for the Indian personnel as well as the Sentinelese tribesmen who risk being “being wiped out if any outside diseases are introduced.”

In a statement, Survival International said, “Mr Chau’s body should be left alone, as should the Sentinelese. The weakening of the restrictions on visiting the islands must be revoked, and the exclusion zone around the island properly enforced.” Moreover, it explained that with every attempt of contact, the risk of diseases like flu, measles and others increase.

This is an important point to consider since their historic isolation from the outside world will make them extremely vulnerable to the germs that we carry. There is very little information on the Tribe, including basic details like what language is spoken by them. Reportedly, in 2006, when a fishing boat drifted to the North Sentinel island, two Indian fishermen were attacked and killed by the Sentinelese. An Indian Coast Guard chopper tried to retrieve their bodies and was shot at with arrows.

Reportedly, only people with high-level access can enter the protected island which also houses defence forces with sensitive installations. Andaman & Nicobar Director General of Police (DGP) Dependra Pathak released a statement saying, “Access to the North Sentinel Island and its buffer zone is strictly restricted under Protection of Aboriginal Tribe (Regulation)-1956 and Regulations under the Indian Forest Act-1927. The Ministry of Home Affairs, through its recent circulars, also restricts the movement of foreigners in these areas,” reported NDTV.