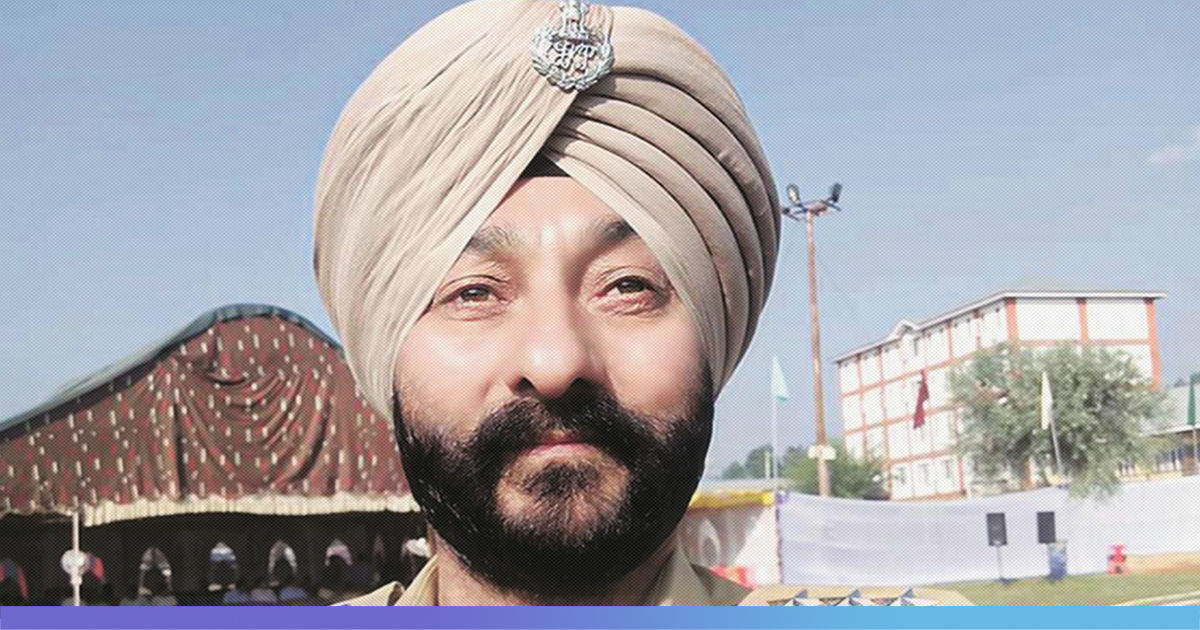 Singh was travelling in a private vehicle with three others, including wanted commander Syed Naveed Mushtaq alias Bapu when he was caught at a police checkpoint. Rafi Rather, who joined militancy in July last year, and Irfan Shafi, an advocate, were the others in the vehicle. Bapu was a policeman in 2017 and had later joined militancy and has been involved in the killings of civilians, policemen, and truck drivers.

Singh, who was posted with the security and anti-hijacking unit of J&K Police at the Srinagar International Airport, was awarded ‘Police Medal for Gallantry’ in August 2018.

According to reports, Singh, along with the militants was heading to New Delhi. The arrest came after Shopian police received a tip-off about a wanted terrorist travelling out of Shopian.

“There was a very big operation yesterday. SP (Shopian) had an input that an i10 car with two militants had left from Shopian and was heading towards Jammu-Srinagar national highway. He informed me, and I asked DIG (South Kashmir) to set up checkpoints… On searching a vehicle, we found two wanted militants. We also found a DySP and an advocate with them. They have all been arrested,” Vijay Kumar, Inspector General of Police (Kashmir), said in a press conference on Sunday, January 12.

Kumar called the Officer’s involvement a ‘heinous crime’ and said that he will be interrogated by security agencies and treated as a terrorist. The police also recovered one AK-47 and two pistols from Singh’s house in Srinagar. Following the incident, the police also busted two militant hideouts and recovered several arms and ammunition.

Singh had earlier faced a controversy in 2004 when Parliament attack convict Afzal Guru, in a letter, claimed that Singh had asked him to take a man to Delhi and arrange accommodation for him. Singh was then working with special anti-militancy squad Special Operations Group.

In the letter Guru wrote to his lawyer Sushil Kumar from Delhi’s Tihar Jail, he claimed that Singh had asked him to take Mohammed, a Pakistani national identified as one of the people involved in the Parliament attack, to Delhi, and arrange a flat and car for him.

Guru had also claimed that Davinder Singh, along with police officer Shanty Singh had tortured him at Humhama STF camp.

However, Singh’s alleged involvement in the Parliament attack was not probed. Guru was later convicted and hanged on February 9, 2013.

Meanwhile, when asked about Singh’s alleged role in the Parliament attacks during the press conference on Sunday, Vijay Kumar, Inspector General of Police said that they had no such information.

“There is nothing as such in our records nor do I know anything about it. We will question him on this,” Kumar said.