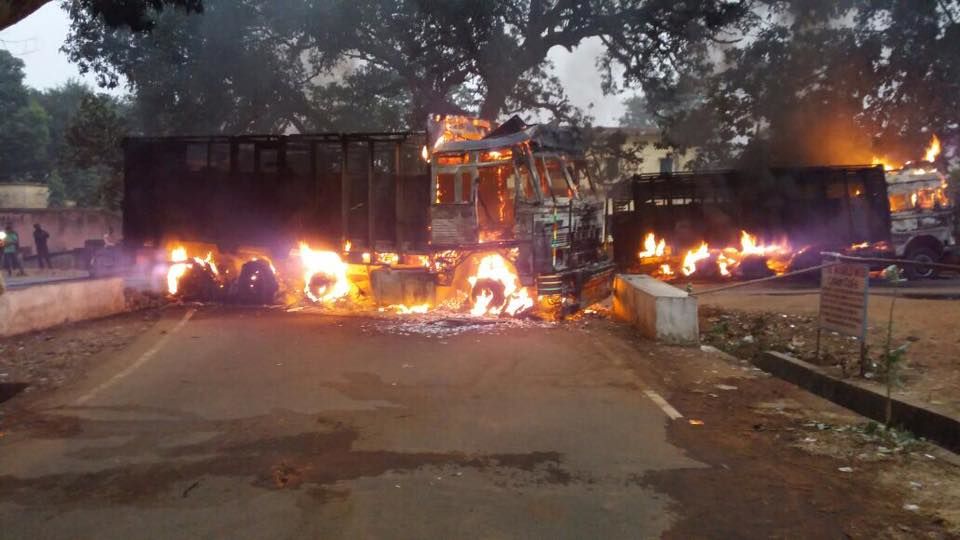 Large Protests Broke Out In Jharkhand Against Changes In Land Tenancy Law, 9000 Held Amidst The Rage

Matter
The BJP-led government headed by Raghubar Das, Chief Minister of Jharkhand passed two bills amending the Chotanagpur Tenancy Act, 1908 and Santhal Paragana Tenancy Act, 1949 despite the protest by Opposition legislators. These earlier laws guaranteed the protection of the land owned by tribal population. The amendment allows use of agricultural land for non-agricultural purposes. The bill was passed on Wednesday amidst huge uproar and even shoes were hurled at each other in the legislative assembly. This modification in the law has become a cause for contention between the government and the opposition party.

As per the ruling party says the amendments will allow acquisition of tribal land, while keeping the landholders’ ownership intact, for building infrastructures such as roads, hospitals and educational institutions. While the indigenous groups and opposition are of the view that it will dilute the rights of the tribals and will pave way for the government and tribal groups to gradual take over of the land. The opposition called for a Bandh on Wednesday and the tribal groups on December 2.

Protest
The United Opposition called for a bandh and a protest against the amendments to the tenancy law. When the timings for the protest drew to a close, miscreants targeted nearby vehicles, and nearly a dozen vehicles, trucks and buses were set ablaze. College students and even school students resorted to damaging vehicles on highways in Ranchi. The police were resorted to tear gas, lathi charge and water cannons. The policemen were injured when they tried to stop a mob who were trying to loot a hatia (daily market) in Barhet block. Arrest
9,000 preventive arrests were made during the day, and many leaders of the opposition including Hemant Soren and Babulal Marandi were taken into custody. They were released later. Strict action will be taken against the perpetrators of violence and those forcing the bandh will be penalised for damaging property. The situation was brought under control after some time.

Culprits
The police found evidence that it was some students from the hostels of St. Xavier’s College and Loyola College that started the protests. FIR has been registered, and the college administration will be interrogated.