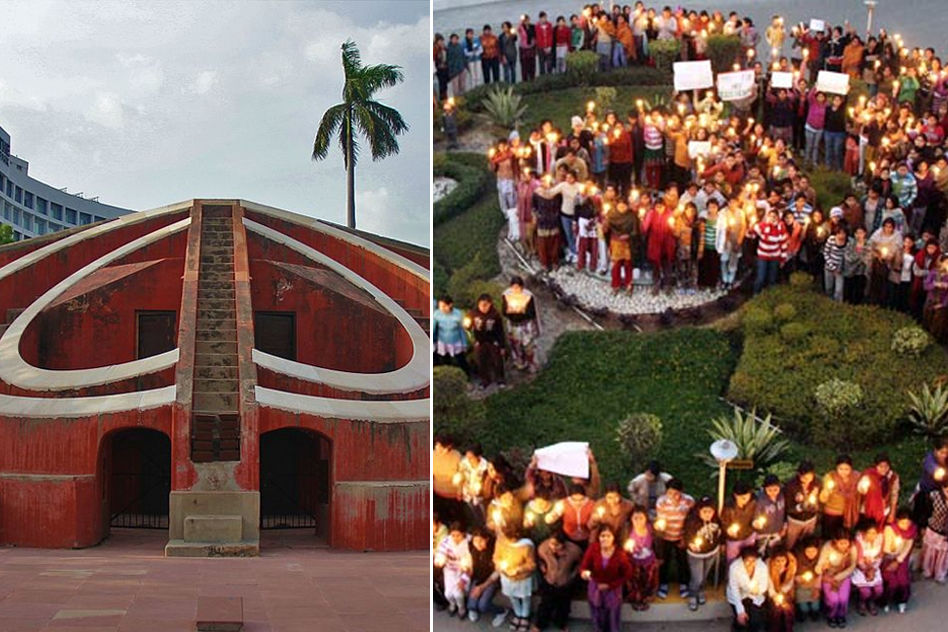 The blanket ban on protests around Delhi’s iconic Jantar Mantar was lifted by the Supreme Court on July 23. It said that peaceful protests in the area are allowed.

The apex court has also ordered the Delhi police to frame guidelines outlining the areas around the building where the demonstrations can be held and the occasions when these demonstrations cannot be held, The Times Of India reports.

The Jantar Mantar road area which had become a symbolic protest battleground, although the same had been earmarked as a residential area, noted the judgement.

NGT was then hearing a plea filed by Varun Seth and others alleging that Jantar Mantar Road was a major source of noise pollution in the area due to processions and agitations held by social groups, political parties, NGOs. They had claimed that regular protests “violate their right to live in a peaceful and healthy environment, right to silence, right to sleep and right to life with dignity.”

Besides noise pollution, large crowds, inadequate measures to maintain hygiene and vehicular obstruction had compelled the residents in the area to approach the tribunal. This was after several other representations to concerned authorities and litigation in the matter had failed to yield satisfactory results.

NGT observed that violation of environmental laws do take place, including that of Air (Prevention and Control of Pollution) Act, 1981 as the agitators continue to use the site.

The Green tribunal said that residents of the surrounding area have a right to live peacefully in an atmosphere free from pollution. The NGT reiterated that the right to free speech and expression under Article 19 cannot encroach upon fundamental rights under Article 21.

The green court had then ordered the authority to relocate agitators and the people holding dharna to an alternative site at the Ramleela Grounds in Ajmeri Gate “forthwith”.

Earlier, protests which used to be held at the Ram Leela Maidan gradually began shifting to the Boat Club lawns near India Gate.

When the traffic obstruction rose in this area, an administrative order was passed by the Delhi Police to shift the venue to Jantar Mantar Road. This itself was deemed to be improper by the NGT.

If the number of participants exceeded five thousand, then the Ram Leela Maidan was the designated protest site. However, this was not a feasible option as been pointed out NGT – once a massive protest is going on, no one is there to relocate the agitators.

The NGT also admonished the government for its negligence on this issue.

New Delhi Municipal Council (NDMC) was directed by Green panel to remove all temporary structures encroaching surrounding area used for agitations. NDMC was also instructed to stop to use of loudspeakers and public address system from a road near Connaught Place.