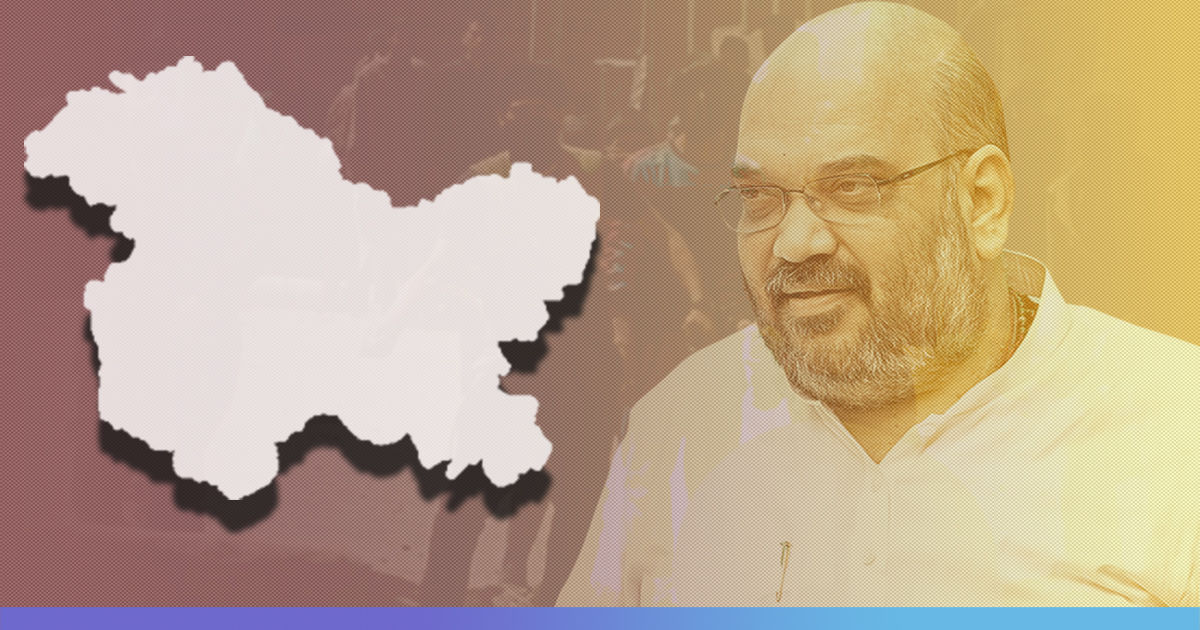 After two weeks of speculation and uncertainty on the volatile situation in Jammu and Kashmir (J&K), Union Home Minister Amit Shah Monday moved the resolution to revoke Article 370 granting special status to J&K in Rajya Sabha. A separate proposal for Jammu and Kashmir to be declared as a Union Territory with legislature, and Ladakh to be Union Territory (UT) without legislature was also moved. The resolution will come into force as soon as it gets President nod.

The resolution is being discussed in the Rajya Sabha at present. Senior Congress leaders, Ghulam Nabi Azaad, P Chidambaram, and Kapil Sibal opposed the resolution. P Chidambaram said it is like reducing States to a municipal administration and termed the victory as momentary one.

“What stops a govt from dividing Tamil Nadu,” he asked. Addressing BJD and AIADMK who supported the resolution he said “You are doing a grave mistake. Don’t do the cardinal sin of dismembered Jammu and Kashmir. It was ascended to India that way. Let it remain that way, please.”

Article 370 was included in the Constitution on October 17, 1949, permits the state of Jammu and Kashmir (J&K) to draft its own Constitution. It exempts J&K from the Indian Constitution (except Article 1 and Article 370 itself) and restricts Parliament’s legislative powers there.

The Article mandates that “concurrence” of the state government is mandatory for extending a central law on subjects not included in the Instrument of Accession (IoA). The IoA was signed by the last Dogra ruler of J&K Maharaja Hari Singh on 26 October 1947.

The IoA was a legal document introduced by the Government of India Act 1935 and used in 1947 to enable leaders of nearly 600 princely states to remain an independent country, join India, or join Pakistan.

The article was meant to be a temporary provision initially.

With its removal and redrawing the hill state’s map with J&K and Union Territory with legislature, the Centre will now have direct control over the police force as well. Moreover, the Central Government’s laws will now be directly applied to the state without getting it passed in the state legislature.

The 10 per cent reservations for economically weaker sections policy of the Indian government followed in education institutions across India will now be applicable in J&K as well. Apart from that as per the bill prepared by the Home Ministry a 3 per cent reservation will also be granted to those living within 10 kilometres of the International Border in Jammu, at par with people living along the Line of Control in Kashmir.

Article 35A of the Indian Constitution has been controversial ever since its incorporation seven decades ago, in 1954. It was inserted in the constitution on the recommendation of J&K’s Constituent Assembly through a Presidential Order.

It also restricts the employment of persons of other states in J&K and prohibits the acquisition of immovable property and settlement, among others.