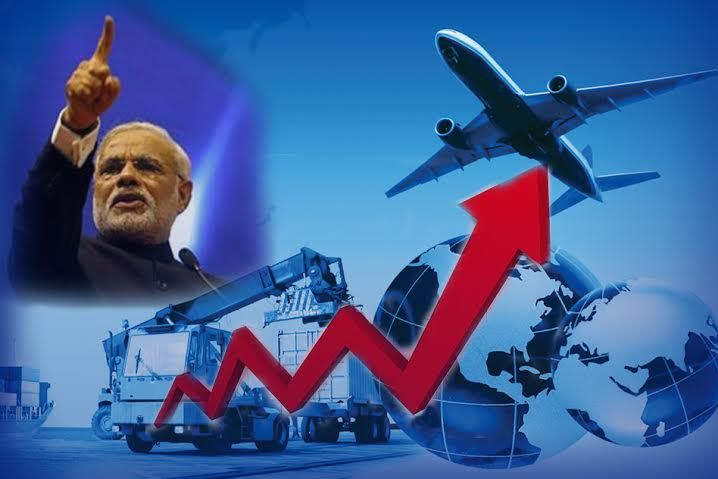 Going by the World Bank Report released on Tuesday, India has made an improvement in its key international gateways in the past two years. While the overall Logistics Performance Index (LPI) score of India was 3.07 in 2014, it improved to 2.42 this year on a scale of 5. Altogether, there were 160 participant countries and India ranked 35, an improvement from 54th position last year. Germany bagged the first position while Syria was the last. In the past six years, the countries bagging the top 10 positions have remained consistent. Belgium, Austria, United Kingdom, Hong Kong and the United States have a position in the top 10 while Japan is 11th.

It is a ranking which the World Bank has been preparing every 2 years since 2007. There are six parameters of performance based on which the participants are ranked. These include efficiency of customs and border management clearance, quality of trade and transport infrastructure, ease of arranging competitively priced shipments, competence and quality of logistics services, ability to track and trace consignments, and the frequency with which shipments reach consignees within scheduled or expected delivery times.

These LPI indicators are categorized into two groups of areas for policy regulation. The first is main inputs to the supply chain (customs, infrastructure and services) and the second one is the outcome of supply chain performance.

About 1,051 logistics industry professionals give their responses in the survey.

There is also another index called internal LPI which measures the ease of movement of goods to the hinterland. Four factors are included – infrastructure, services, border procedures and supply chain reliability.

Efficient logistics is imperative to connect people and firms to markets and opportunities, thus making an impact on a country’s economic growth and competitiveness.

India’s rank in comparison to other countries:

The report titled Connecting to Compete: 2016 Trade Logistics in the Global Economy, states that India’s international chain efficiency was at 75 % of top-ranked Germany. In 2014, India had 66% efficiency when compared to the country which topped the list, that is, Germany. This makes India ahead of comparatively advanced economies of the world like Portugal and New Zealand.

India is lower than China (27), but surpasses some other BRICS members and several upper-middle income countries like Brazil (55), Indonesia (63) and Russia (99). In fact, the report said that India over performed its income group, which is a good news.

Reasons behind the jump in position:

According to Arvind Mahajan, partner and national head (energy, infrastructure and government) at KPMG India, factors responsible for the improvement in India’s position in the LPI include improvements in infrastructure, emergence of skilled professionals, and technological improvements like track-and-tracing which bridged the gap that existed between the leaders of the game. Ease in documentation and reduction in the coverage of Risk Mangement System from 100 % to 30% were factors.

In return, programmers such as Make in India will be boosted by enhancing India’s participation in the world supply chain, thus increasing trade. Keeping in view India’s shrinkage in foreign trade by around 15 % in 2015-16, this step will be instrumental in boosting India’s foreign trade.

Areas where India can improve:

While 72% of China’s shipments meet the quality criteria and 77% of Korea, for India it is 69%. To clear shipments without inspection, India takes two days and three days with inspection. This is comparable to China but lags behind Germany.

Additionally, if the inter-state checking of documents is scrapped, the time taken to move from one state to another will be drastically reduced. “It will also help boost the returns of the trucking industry and feed into better performance of the logistics sector”, as stated by Uday Palsule, former managing director of Spear Logistics Pvt. Ltd.

Other observations of the report:

Logistics movement between neighbouring countries is impacted by lack of regional integration. Thus, good performance in India does not contribute to the improvement of the neighbours. Similarly, despite the income levels of countries in North Africa and West Asia they are not reflected in logistical movements.

Landlocked, small island countries or countries ridden with recent conflicts are the worst performers. There has been an improvement in the performance of Rwanda and Uganda, thus indicating that landlocked countries are no longer automatically disadvantaged. Improvement in trade corridors can be achieved by regionally coordinated efforts.