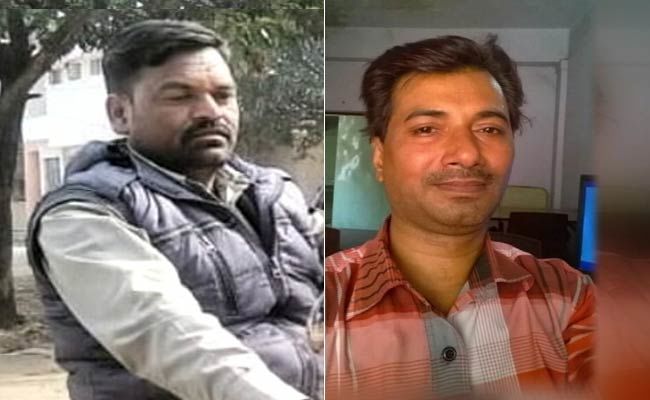 In 24 Hours, Two Journalists Shot Dead In Bihar And Jharkhand

Ranjan Rajdeo , a 45-year-old senior journalist, bureau chief of Hindi daily Hindustan was allegedly murdered in the Siwan district of Bihar when he was heading to a fruit market on his motorcycle near the Railway station where he was shot dead with five bullets by unidentified gunmen at point-blank range. Five bullets were shot at him.

After the attack when he was rushed to the hospital only to learn that he was dead by then. As the doctors said, he succumbed to his injuries way before he reached the hospital. Superintendent of Police Saurabh Kumar Sah told DNA ,the motive of the killing is yet to be disclosed but Ranjan was involved in writing against the law-breakers of the area since a very long time. Although Police has shortlisted two individuals for questioning.

The heart -wrenching incident invited an exorbitant rage from the media persons all across and shutdown in certain areas and as if this wasn’t but enough . On Thursday, Another television reporter working for a local news channel “Taza TV” from the Chatra district of Jharkhand was shot dead . 35-year-old Akhilesh Pratap Singh faced the same fate as Ranjan from Bihar when he too was assassinated near the Panchayat Secretariat of his village on the way to his home riding his motorcycle . This incident took place just a day before the Bihar incident. Akhilesh too couldn’t make it to the hospital alive .

A band was observed in Chatra district to protest the illegitimate killing . Also, a group journalists met with Deputy commissioner Amit Kumar and Director general of Police Dk Pandey demanding compensation for the victim’s family. The family members of Akhilesh held a protest , blocking roads and demanding compensation and justice .

According to the investigation by Police no clear motive behind the killing has yet come to fore also, no hints of any life threats to the journalist have been informed.

The above killings of journalists explain very well why our country ranks 133 in World Press Freedom Index. When the organisation of journalists the root reason of why it exists is lending legal news to countrymen and render justice to the incidents happening all around is slayed as such then it shows nothing but the failure to control such situations .

The Logical Indian Community is saddened to know of such incidents and protests any such journalist killing with full fledge and asks for the concerned authorities to bring justice to the table and to establish faith in the very administration who shoulders the responsibility to serve justice as and when needed.