Homeless In UP Denied Shelter Without Aadhaar Cards 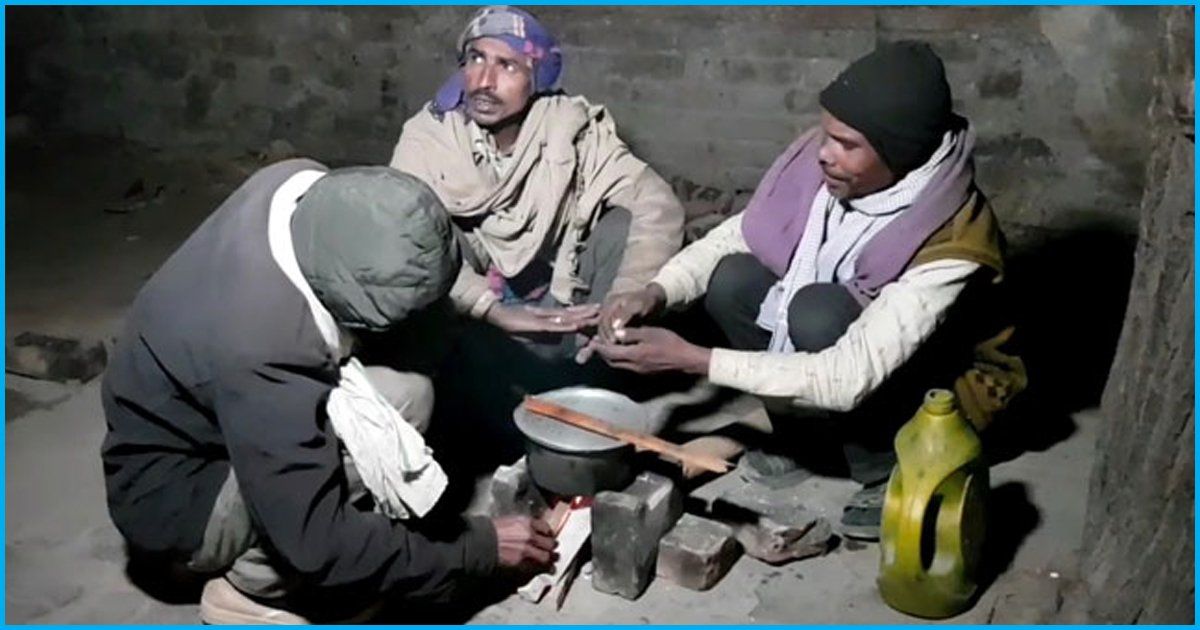 Recently, a 40-year old rickshaw puller was denied refuge at a privately run night shelter in Lucknow as he could not produce his Aadhaar card on demand. The man, Himachal, who had to hopelessly spent a long chilly night on the streets of Lucknow narrated his disturbing ‘Aadhaar card woe’. His plight is not his alone but raises pertinent concerns at the condition of homeless across the country.

Himachal, who hails from Rae Bareli has no roof over his head in Lucknow where he toils day in and day out to earn a little wage for warmth. On Friday night at 9 pm, near Parivartan Chowk, a privately run night shelter denied him entry as he did not have an Aadhaar card. He said as quoted by NDTV, “I had an Aadhaar card at home, but rats chewed it up. I don’t know if I can get another one made. I don’t have any other ID proof. If we go to a night shelter private or government, they demand to see our Aadhaar card, and we don’t have, we are turned away, leaving us with no choice but to sleep on the pavement.”

On further investigation by NDTV, the caretaker of the privately run shelter revealed that an officer who visited about 8-9 days back directed to not take in anybody suspicious without an ID card. The caretaker also said that some people deliberately choose to sleep on the pavements to collect blankets donated by people to sell those at a price further.

On the other hand, at a government-run night shelter, an elderly couple disclosed that people out there seeking for refuge are told they would be allowed entry only if they duly produce their respective Aadhaar cards. The government caretaker there, on being asked about it, said that there is no such rule of asking for Aadhaar cards. He further said that he likes to keep the photocopy of Aadhaar cards because that is the best form of identification. Also, sometimes people run away with the blankets, bed sheets and other stuff. Therefore, with Aadhaar it’s easier to recognize and catch them.

In other areas such as posh central Lucknow locality, however, daily wagers say that the caretakers there do not make any such demand as to produce Aadhaar card or any other ID card. The homeless are given entry without any obligation in return.

Recently, a lawyer representing Uttar Pradesh Government had remarked upon the case regarding night shelters that some identification could be used while admitting people there. Upon this, The Supreme Court of India asked the Uttar Pradesh government if the homeless do not have an Aadhaar Card, will he not exist for them.

The Aadhaar debate on night shelters surely heated the courtroom while desperate homeless fighting cold still has no idea about what is to be done. They do not know if they need to get new Aadhaar cards and if yes, they are plain clueless about the procedure.

Tushar Mehta, Additional Solicitor General representing Uttar Pradesh government, said, ” We are dealing with a human problem. The permanent address can be given for Aadhaar. Urban homeless remains a floating population.” He also said that necessary measures are being taken to accommodate all homeless in shelter homes.

It is very easy to have heated debates in warm courtrooms with little or no outcome while the homeless toil and succumb to the cold on the streets and in the pavements. Aadhaar is being pushed down the throat of Indians on the premise that it shall benefit the poorest of the poor by eradicating the loopholes in the current system. But there are multiple reports of people being denied treatment and cremation of their family members due to lack of Aadhaar. In such situations, how will the 17 lakh homeless residents of India get benefits the government has been lauding about?