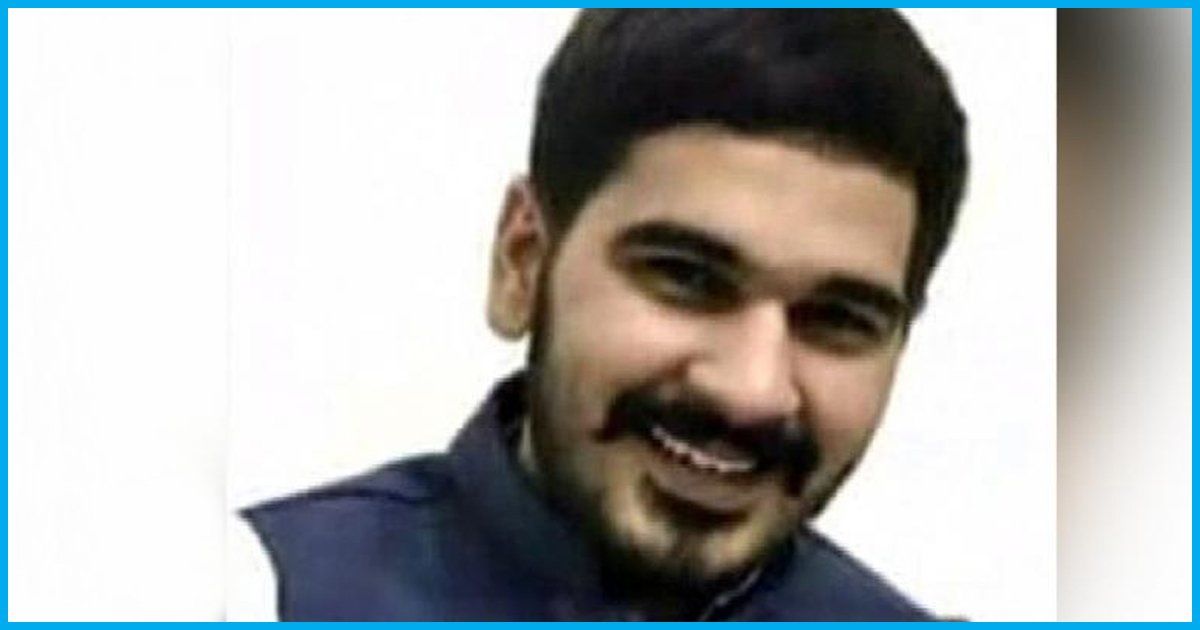 Two people, including the son of Haryana Bharatiya Janata Party (BJP) chief, were arrested for allegedly stalking the daughter of a senior IAS officer.

Vikas Barala, the 23-year-old son of BJP’s Subhash Barala, was arrested on Friday night along with his friend Ashish Kumar, 27. They were later released on bail.

The two arrested – Vikas is a law student at Kurukshetra college and Ashish is a law graduate.

In her Facebook post, Varnika said that she was driving home from the Sector 8 market, Chandigarh at around 12.15 am on Friday night when she noticed an SUV following her as she entered sector 7.

The car, a white TATA Safari, had two men in it; on the driver’s seat was Vikas Barala. Both the men were drunk and kept chasing her as she attempted to lose their trail.

On Madhya Marg, headed to Panchkula, she dialled police helpline 100, explained the situation, gave her exact location and where she was headed.

For nearly 10 km, the SUV stayed alongside her car and continuously tried to corner her. She was scared, panicky, bewildered and half in tears, read her Facebook post.

They blocked her car for the final time near Hotel Solitaire. Ashish came out and banged on her car window, trying to open the door.

“Just as he did this, I saw a PCR [vehicle] pull up… and a couple of cops ran out towards the SUV, nabbing it just in time, because they were blocked in by traffic,” she said in her Facebook post.

“The 2 boys, who of course, are from influential families with political connections, have been arrested and the complaint has been filed…If this is what women deal with in one of the safer cities in the country, where are we going? I find it shocking, that in a place with cameras at every light and cops every 200 metres, these boys thought they could either get into my car, or take me into theirs, just because they’re from an influential background,” she continued.

WAS ALMOST KIDNAPPED ON A CHANDIGARH ROAD LAST NIGHT.That being said, I'd like to take a moment to commend and thank…

Kuldeep Barala, a member of the Barala family – whose Facebook bio reads ‘worked at Bharatiya Janata Party’ – shared a picture of Varnika with two men, implying that she was drunk at the time of the incident. His post has now been deleted.

In another post, which is also deleted, Kuldeep shared a picture of Varnika with alcohol glasses. He intended to raise questions about her character while painting the picture that the incident was being blown out of proportion by the opposition to malign BJP’s image.

The girl should not have gone out at 12 in the night: Ramveer Bhatti, Haryana BJP on Chandigarh stalking incident pic.twitter.com/Mu3FcIkuOB

All of us remember the night of 16 December 2012 – when Jyoti ‘Nirbhaya’ Singh was brutally raped by six men in a bus and thrown on the roadside, left to die.

Jyoti could not recover from her injuries; most of her intestines had to be removed, she bled internally and was kept on life support. Her rapists tortured her so mercilessly that she suffered brain damage, pneumonia, abdominal infection, organ failure, among others. Two weeks after her assault, she died.

At the heart of India’s capital, Delhi, and worldwide, thousands came out in her support and demanded that her murderers be brought to justice.

Meanwhile, there were also those blaming Jyoti for her rape.

The men who took turns to rape her said that it was her fault that she fought back. The ones who inserted an iron rod into her body said that she was at fault because a ‘decent’ girl won’t roam around at nine o’clock at night. She needed to be ‘taught a lesson,’ suggested the lecherous men who killed her.

The defence lawyer too resorted to victim blaming and said, “If you keep sweets on the street then dogs will come and eat them.”

Five years after Jyoti’s death, we learnt nothing.

Varnika’s father, Haryana IAS officer Virender Kundu, had to take the recourse of social media to gain people’s support for his daughter.

“As a father of two daughters, I feel compelled to take this matter to its logical conclusion. The goons must be punished, and the law must take its course. As would be expected, the goons are from influential families. We all know most such cases of harassment go unpunished and even unreported. Most people would not want or dare to take on goons from influential families. I feel if people with some privileges like us cannot stand up to such criminals, nobody in India can. More importantly, I will be failing in my duty as a father to my daughter if I did not stand with her completely in this matter,” he said in a Facebook post.

“Our clear intention is to bring the culprits to book. We do not intend to harm the families or relatives. However, we know it’s not going to be an easy struggle. The possibility of harassment and witch-hunting, threats and even physical harm is undeniable, even though unlikely. Influential families can sometimes take desperate measures to discredit or disable the complainants,” he continued.

I would like to share with you all a horrendous experience we went through last night. My daughter Varnika was…

After Varnika registered an FIR against Vikas Barala and the co-accused, they was booked under IPC Section 354 D (stalking) and Section 185 of the Motor Vehicle Act (drunk driving). Later on, three more sections were added, namely – Section 341 (wrongful restraint), 365 (Kidnapping or abducting with intent secretly and wrongfully to confine person) and 511 (punishment for attempting to commit offences punishable with imprisonment for life or other imprisonment).

The police later dropped the three additional charges and released Vikas and his friend on bail.

“Under these Sections, the police did not have power to grant bail and release the accused. The charges were serious and the Sections added were non-bailable,” said Chandigarh lawyer Ranjan Lakhanpa to India Today.

“Police have bypassed the judiciary. It seems attempts are being made to weaken the case as the accused are from influential families,” he added.

On Monday, Chandigarh police said that there were no CCTV footage of the incident as all of the nine cameras were ‘non-functional’.

Haryana Chief Minister Manohar Lal Khattar said that action would be taken against Barala’s son. Though, he asserted that Haryana BJP chief Subhash Barala has nothing to do with the matter.

The statement, not only erroneous, is seriously misguided.

When attacks against women take place, we, as a society are responsible for it. Blaming one person and punishing him is not the solution for a problem as deep rooted as our flawed notions of a woman’s place in the society.

Members of the Barala family blamed Varnika for the harassment she faced from her stalkers, which clearly points to the background Vikas comes from. Not only has he been conditioned to believe that women are not equal to men, his privileged connections also give him the impunity to act as per he pleases. And he did.

Victim blaming is a reminder of our society’s perception of women – as mere objects not allowed to question but follow the patriarchal norms set for them. It is nothing more than evading the responsibility for the crime.

The fact is, we live in a culture that has normalised attacks against women. Open any newspaper on any given day and multiple reports of rape or sexual assault pour out. The sheer volume of these incidents points to its acceptance by a major section of our population – as if it were a systematic problem in our country.

Vikas was released on bail and a few weeks from now, this incident will be one among the past cases of assaults against women. Forgotten. If we want to live in a just society, the first step is to acknowledge that a problem exists and victim blaming is nothing but taking the easiest way out; and second, education and awareness about the place of human beings, and not man and woman per se, needs to be communicated to all strata of the society.