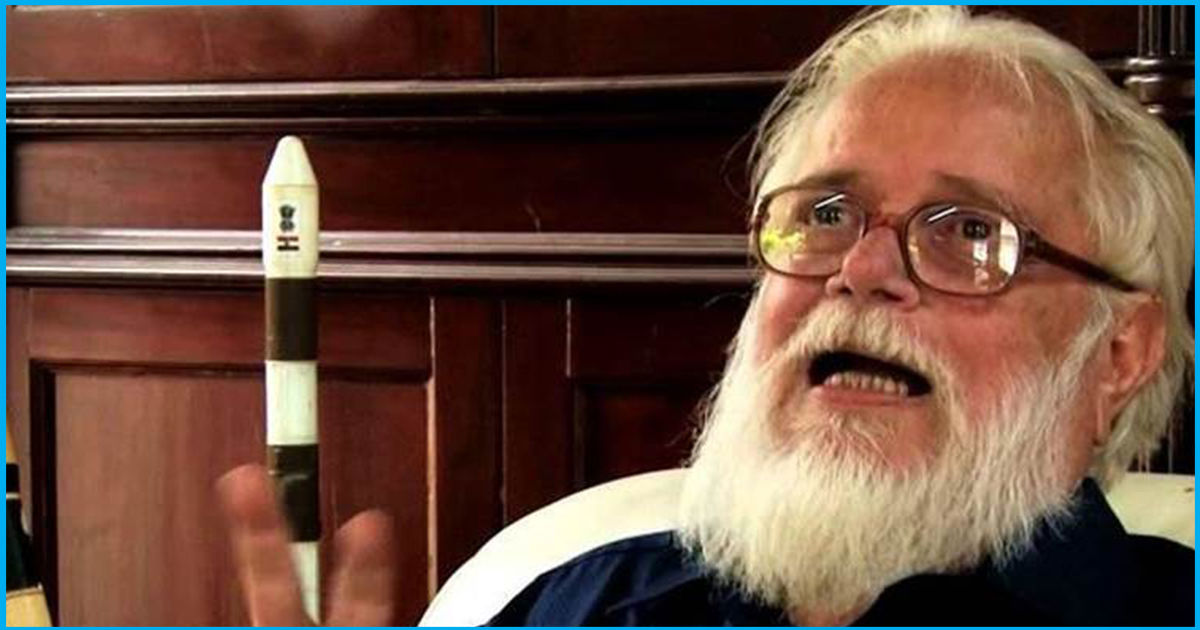 The Supreme Court, on Friday, awarded Rs 50 lakhs as compensation to former Indian Space Research Organisation (ISRO) scientist Nambi Narayanan for the “ignominy” and “immense humiliation” he suffered in a false ISRO spy case, reported The India Express. The court also said that the scientist’s arrest was unnecessary and he has faced immense mental and physical torture.

Narayanan was fighting the battle since before the last 24 years

In October 1994, Nambi Narayanan was arrested by Kerala police in an espionage case, and since then he has been battling for justice against the false charges made against him. The Supreme Court said that the “reputation of an individual is an insegregable facet of his right to life with dignity”, fundamental to Article 21 referring to the harm caused to Narayanan’s reputation because of false charges. It directed Kerala to pay the compensation amount within eight weeks.

Narayanan sought action against the Police officials for falsely framing him and his colleagues in the ISRO spy scandal after he was cleared of all charges by the Central Bureau of Investigation (CBI) and Supreme Court. He approached the Supreme Court in 2015, seeking criminal and disciplinary action against Kerala police officials led by Siby Mathew. The bench, constituted by Chief Justice Deepak Mishra, Justices A M Khanwilkar and D Y Chandrachud, set up a committee headed by former Judges to look into the matter and “find out ways and means to take appropriate steps against the erring” police personnel who framed Nambi Narayanan.

The ISRO spy case first surfaced in 1994, in which Narayanan and his colleague D Sasi Kumar were arrested on charges of handing over India’s indigenous space technology to Pakistan with the help of two Maldivian women according to Firstpost. They spent 50 days in jail in the case. The police arrested the two Maldivian Women who overstayed their visas in India – Mariam Rasheeda and Fousiya Hassan. The Kerala Police alleged that Narayanan and his colleague were involved in the spying in ISRO and leaking of sensitive documents related to rocket technology to Pakistan.

CBI and SC acquitted the case in 1996

The CBI cleared them from the case in 1995. In its report, CBI stated that “the evidence collected indicated that the allegations of espionage against the scientists at ISRO, including the appellant herein, were not proved and were found to be false”. The Supreme Court accepted the report and acquitted them in the case in 1996 as reported in The Indian Express.

“Investigate the actions of Police officers.”

Nambi Narayanan while speaking to The Indian Express said that he was partly satisfied with the order and he is happy that he has got compensation, he said “I had been pressing for the CBI to investigate the actions of the police officers who fabricated the so-called ISRO spy case. The Supreme Court, in its wisdom, has set up a committee for the purpose but not stipulated any deadline for it. I do not want it to be another open-ended inquiry which will take years to fix responsibility.”

He also said that he would be more satisfied if the court had specified who all would be probed, he told, “Besides the Kerala police, the role of officials of the Intelligence Bureau (IB) must also be inquired into. Maybe the role the media played should also be included. Everyone should be covered, not just three Kerala police officers. Moreover, the committee has to find out not only whom all fabricated the case, but why they did it.”

Narayanan said that in its report to Central and State Government, CBI gave the details of the role played by officials of IB in the matter. He pointed out, “In that report, there are names of 13 officials of the IB, each of whom played a role in fabricating the case, and which eventually led to my arrest and incarceration for 50 days. Now that the Supreme Court has appointed a committee, all this should be inquired into.”

In his memoir, Narayanan alleged CIA’s hand behind the case

Last year, Narayanan released his autobiography named ‘Ormakalude Bhramanapatham’ (Orbit of memories) in which he talks about his journey at ISRO and the ISRO spy case, which was the hardest time of his life. In the book, he alleged that the spy case was a conspiracy against him and ISRO, fabricated by US Central Intelligence Agency (CIA) along with Indian Police and Intelligence officers. The case was plotted to stall India’s rapid advancements in the development of an indigenous cryogenic rocket engine.

“My investigation showed that the spy case was the illegitimate child of the US-French agencies with the intention of burying me and the ISRO in the cemetery,” Narayanan writes.

According to India Times, former ISRO Chairman G Madhavan Nair, in a meeting organised to felicitate Narayanan, also said that the case was an attempt to destroy the organisation and scientist Nambi Narayanan was the scapegoat in the episode. He said that the developed countries had imposed a technology embargo on India when the country launched Satellite Launch Vehicle in 1980. “The ISRO spy case came after ISRO successfully launched PSLV flights,” he added.

He also said if Narayanan, “one of the few experts in rocket technology”, had headed the cryogenic rocket engine technology team in 1994, the country could have achieved self-reliance in it by 2006 or 2007.”

Also Read: India Among 38 Countries For The Reprisals Against The Human Rights Activists, Says UN Report