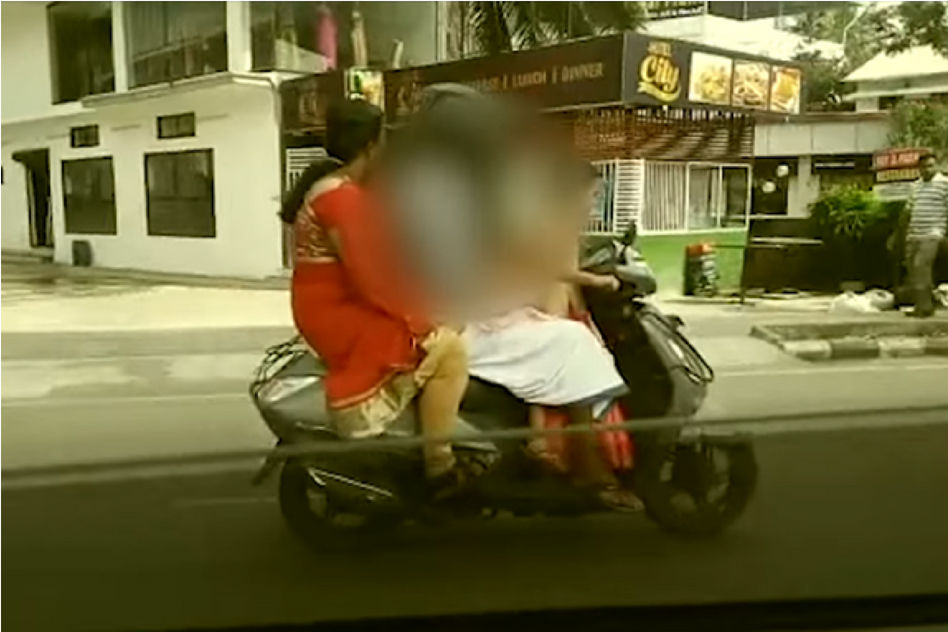 Shibu Francis, a man from Palluruthy, is facing legal proceeding because he recklessly let his daughter, a 5-year-old, ride a motor vehicle on a bustling road in Edappally. The matter caught everyone’s attention because someone shot a video of this incident on Sunday, July 29 and uploaded it on social media. This earned Shibu a year-long license disqualification from the Motor Department, as reported by Times of India

The video was taken by a person travelling through Edappally in a car, and it is reported that the car rider pointed out the illegal action and posted the video on social media. Transport commissioner K. Padmakumar watched the video and forwarded the matter to the Ernakulam RTO officer Mr Jojy P. Jose who then referred the matter to Mattancherry Sub RTO as the number of the vehicle found in the video was registered within the limits of Mattancherry RTO.

In the process of inquiry, it was found that the owner of the vehicle was not Shibu himself and it was registered in the name of Mr Ramchandran.

“We served a notice summoning him (Shibu) for a hearing during the course of which he admitted to the mistake and attributed it to ignorance. Shibu’s license was suspended at once after the hearing considering the seriousness of the offence,” said Mr Jose, as reported by The Hindu.

In the video, Shibu’s daughter, who was standing on the leg space of the two-wheeler, can be seen driving the two-wheeler with 4 occupants. Moreover, the only person who was wearing a helmet was Shibu himself.

His license was cancelled for a year as per Section 19 (1(f)(h) of the Motor Vehicles Act, authorising officials to disqualify someone from holding a licence and Section 21(18) of the Central Motor Vehicle Rules.

The notice said the action was being taken in view of the seriousness of the violation and as per the direction of the Supreme Court committee on road safety to take firm action against those found violating road safety rules.

In March, 10 teenagers gifted a 1-day jail stay to their parents by doing stunts on their vehicles. To impress their friends, they had posted a video on social media, as reported by BBC. In this case, parents had made an excuse that they were unaware of the traffic rules.

According to the Ministry of Road Transport and Highways, the major cause of accidents is due to the fault of the driver. 84% of the total accidents in 2016 were due to the mistake of drivers and in 6.7% accidents, a driver was without the license.

“The problem is the rise of the neo-rich in the city. Low education and lack of awareness of the consequences of letting their children drive is ingrained in many households. Instead of checking the menace, these people take immense pride in letting their children drive young. The younger they drive the better,” said KK Kapila, from the International Road Federation (IRF) to the Hindustan Times

Shibu made a mistake and he is now paying for it. It is fortunate that he along with his family didn’t get into an accident. His irresponsibility also endangered other motorists. Parents should understand the solemnity of traffic rules and dissuade their underage children from driving a vehicle. Let us be on the side of the spectrum which creates awareness of traffic rules and safety rather than being on the opposite side which regularly ignores and violates traffic safety regulations.

Also Read: A Much Needed Step: 4 Fathers Jailed By Hyderabad Police For Allowing Their Kids To Drive