Reportedly, the family even pelted stones at the BIMS hospital in the city. 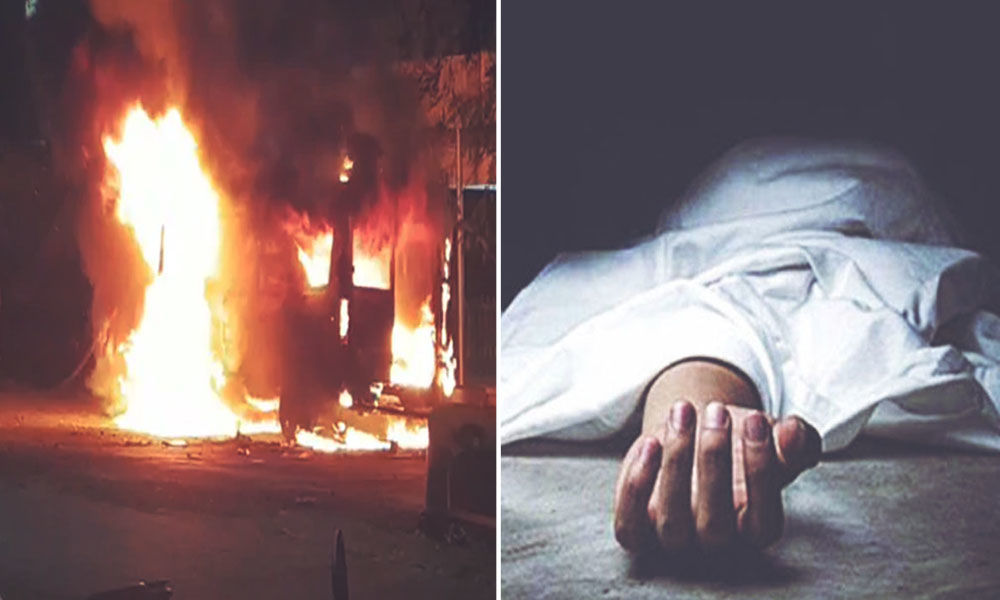 A coronavirus victim's family allegedly set an ambulance on fire and tried to assault the doctor at the Intensive Care Unit of a local hospital in Karnataka's Belagavi on Wednesday.

Firefighters rushed to the spot to douse the fire that engulfed the ambulance. Reportedly, the family even pelted stones at the BIMS hospital in the city.

Senior police officers, including police commissioner Thiyagaraja, are on the spot, reported NDTV. More details are yet to come.

WATCH: Angered over the death of a #COVID19 patient, relatives set an ambulance on fire at BIMS hospital in #Karnataka's Belagavi district on Wednesday night. They also threw stones on the hospital @IndianExpress pic.twitter.com/FMNjn3pxed

On Wednesday, July 22, Karnataka reported the biggest single-day spike of 4,764 new COVID-19 cases and 55 fatalities. This took the total number of infections to 75,833 and the death count 1,519, according to the health department.

On a positive note, the same day also saw a record 1,780 patients getting discharged after recovery. Out of the fresh cases, 2,050 cases were reported from Bengaluru urban alone.

The previous single-day spike before this was recorded on July 18 with 4,537 cases.