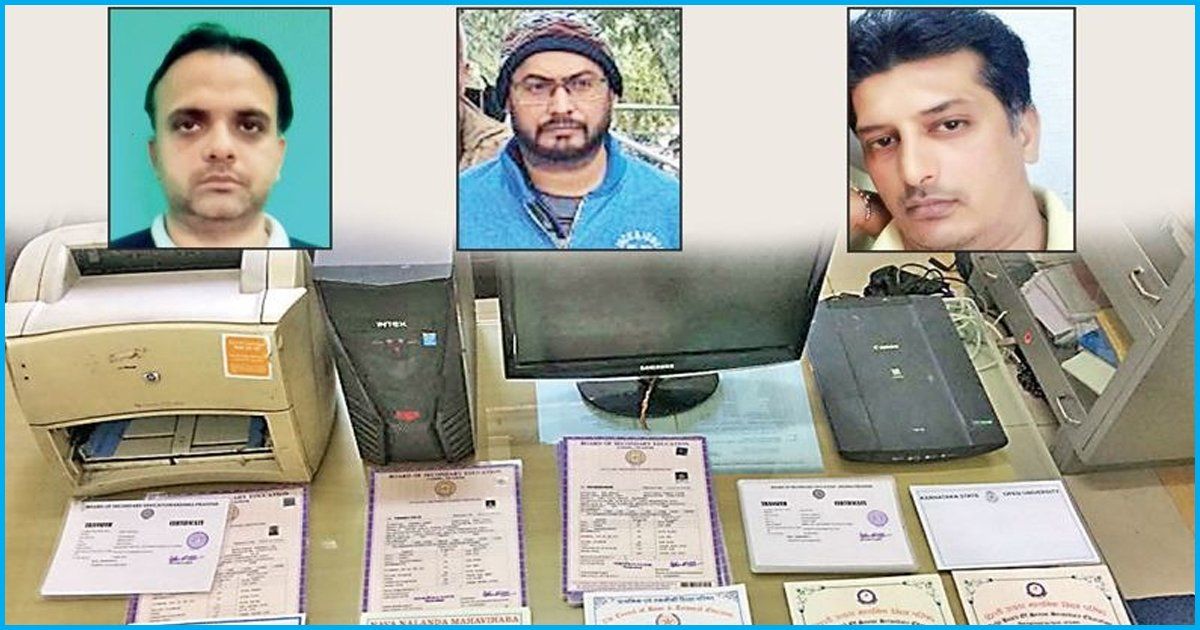 The Delhi police have busted a fake degree racket where more than 50,000 mark sheets, and certificates of universities and school boards were forged, reports The Indian Express. The police arrested Pankaj Arora, a Delhi University graduate and two of his associates. According to the report, they were operating fake websites of 30 educational boards and selling fake mark sheets and certificates for class X, class XII, and other certificates including MBBS, B Ed, JBT, and ITI.

Pankaj Arora along with his associates – Pawiter Singh, and Gopal Krishna, found SRKM Education and Welfare Society in Hari Nagar, Delhi and involving in the forging of mark sheets and certificates of renowned universities including Sambalpur University, Odisha, University of Allahabad, Sikkim University, Karnataka State Open University, and Nava Nalanda Mahavihara, and school boards in the country. The cost varied from Rs 10,000 to lakhs. The police investigation found that thousands of people had got jobs, both in government and private sectors with forged certificates.

The team headed by Pankaj Arora used to give advertisements in newspapers. They had fake websites of universities and school boards, making the victims believe in the authenticity of the documents. The police said that it was hard to differentiate between original and fake certificates.

“They accused have sold several educational qualification certificates to thousands of people. They used to get these clients using advertisements in local newspapers. The fake websites are so convincing that the victims cannot tell the difference,” said a police officer to The Indian Express.

Vijay Kumar, a native of Sikar, Rajasthan filed a complaint detailing his experience, reports FirstPost. Kumar told in the complaint that he had contacted SRKM Education and Welfare Society in Hari Nagar to get admission in 10th standard and for getting certificates. “The complainant was asked by Pankaj Arora to give him Rs 1, 31, 000 for the admission and examination fees for the complainant and seven of his friends. However, after some days Arora provided them with class X mark sheets, migration certificates and transfer certificates from the Board of Secondary Education through the post,” a police officer said to The Indian Express.

Vijay Kumar got confused since he and his friends did not appear for the exam and contacted Arora, who then told them the certificates were genuine. But when Kumar applied for a passport in Sikar, the application was denied by regional passport office claiming that the documents were not real. He then filed a complaint with the Hari Nagar police station.

The police conducted a raid in Hari Nagar, and they could find nothing. The investigators then conducted technical surveillance on the accused and arrested Arora and his two associates. Probe discovered found that the accused were running the fake certificate racket since 2001 and they have benefitted crores of rupees from the business.

Expose Fake Universities: Help Us Save The Careers And Lives Of Students