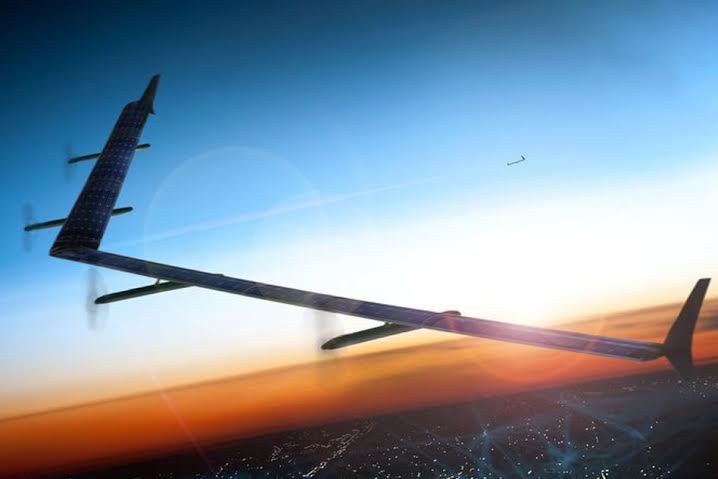 Facebook Launches Aquila: This Solar Powered Plane Will Beam Internet From The Sky

The world-wide web is not as ‘world-wide’ as we have assumed it to be. For many of us, the internet is a ubiquitous thing. However, as of writing this, stats indicate that only 40% of the world population has internet connectivity. And 10% of the population lives in areas where there is no internet infrastructure in the first place. This is the motivation behind ‘Aquila’, an unmanned aircraft built in association with Facebook’s Internet.org, which aims to increase the ‘reach’ of the internet to people, in a very literal way.

The Aquila is a solar-powered plane, with a wingspan of more than that of a Boeing 737, while still weighing less than a car. It is made almost entirely out of carbon fiber, a modern composite material which is lighter and yet more rigid, than any traditional metal. The result of this lightness means that the plane can fly at higher altitudes than commercial jetliners, and stay in flight for unprecedented periods of time. Specifically, the Aquila is designed to fly at 60,000 feet (compared to 30,000 feet flying altitude of commercial jetliners) for 3 months at a time.

Now onto the connectivity front. The plane is loaded with communication equipment. It will receive internet signals from a base station located somewhere on the ground and then relay those signals to other Aquilas around itself, as well as to other localized regions elsewhere on the ground, to provide internet connectivity using spot beams. The plane will use radio (RF) communication and lasers. Imagine the plane as a router in the sky which happens to drop internet, instead of bombs. Hence the twitter tag #DropInternetNotBombs. The communication speed is aimed to be 10gigabits per second. It’s not a typo.
For those of you who know your Google from your Facebook, you might have heard about a similar project called ‘Loon’, by Google. An idea similar in principle, Loon was going to perform the same task i.e providing internet connectivity to remote areas, using especially designed high-altitude balloons.

Any effort to improve communication around the globe is an important one. It also pushes the frontiers of technology in the best possible way.