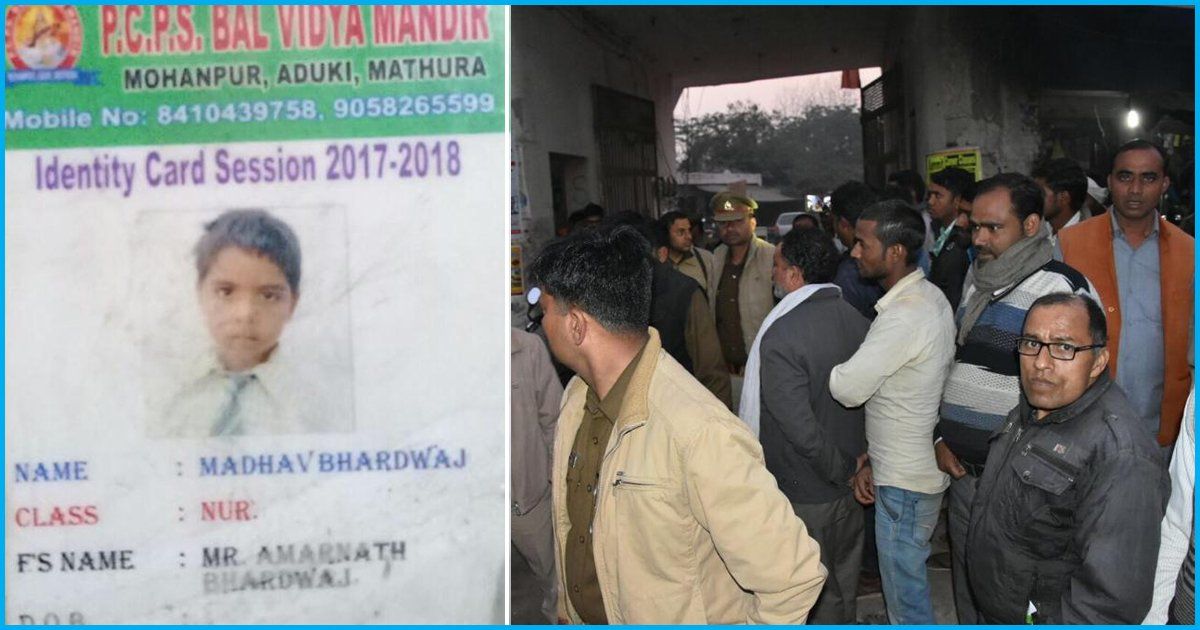 Madhav Bhardwaj, an eight-year-old, was shot dead by Uttar Pradesh Police when they were in the middle of an “encounter” to kill alleged criminals in Mathura’s Mohanpura village. Madhav’s grandfather said that he was playing outside with his friends when he was shot in the head.

The latest figure shows that since March, when Yogi Adityanath came to power in UP, 900 encounters have taken place and 33 criminals were shot. 196 criminals and nearly 212 policemen were injured in the encounter, according to The Times of India.

The incident occurred around 6 pm. A team of Highway Police reached Mohanpur after they got to know that a few criminals, responsible for a recent loot, were in the village. The police started shooting and a stray bullet came and hit the little boy who was playing outside. The was rushed to a hospital but died soon after treatment started.

Madhav’s grandfather Shiv Shankar, who was present at the spot, told The Times of India, “Three policemen came to the village and asked the alleged criminals to gather at the terrace of a nearby temple for a talk. But suddenly the cops began firing. My poor grandson was playing nearby and got hit.”

Mathura SSP Swapnil Mangain said a case based on the complaint of villagers is being registered. He also said that after the post-mortem is conducted, action would be taken against the guilty.

Yogi Adityanath’s government says that UP is going to be crime-free thanks to the encounters. Allegedly most of the encounters have taken place because the criminals opened fire first. The National Human Rights Commission has issued a notification, asking the police to stop encounters.

Even after this notification, encounters have not stopped. As a result of such haste, the life of a school kid is lost. The Logical Indian sympathises with the family and hopes UP government brings to halt this Durette-like campaign.