Watch| As Government Bans E-Cigarettes, Netizens Ask Why Not Ban All Tobacco Products 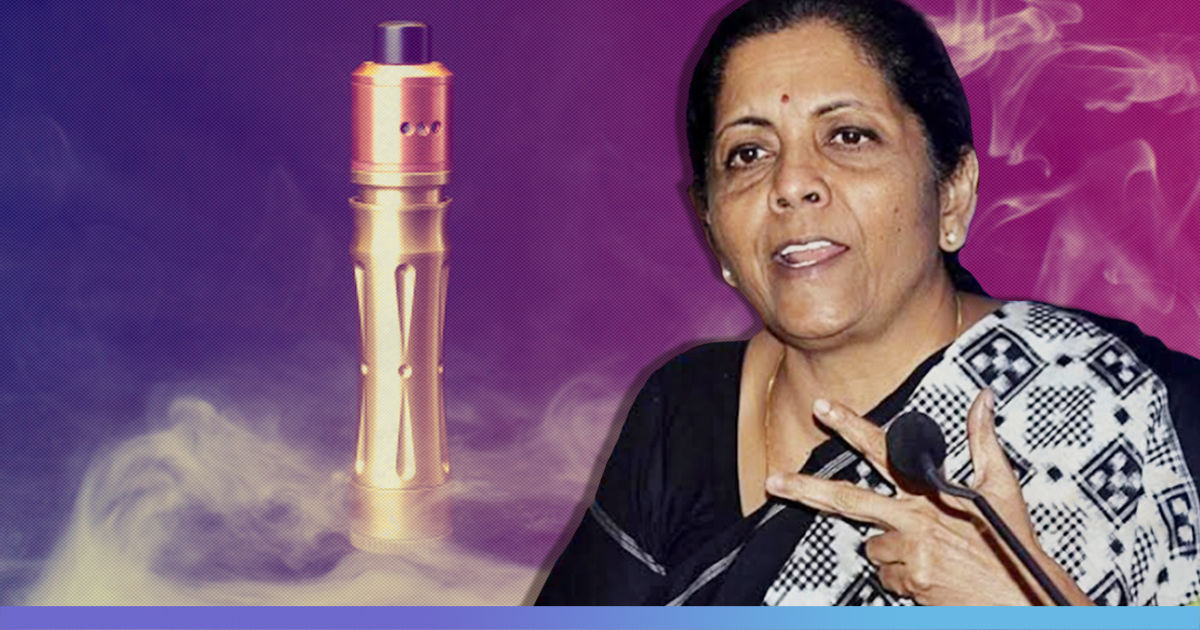 E-cigarettes will be banned in India with immediate effect, Finance Minister Nirmala Sitharaman announced today, September 18 in a press conference. Sitharaman said E-cigarettes have become a major problem and increase the risk of children taking up smoking. Calling E-cigarettes as “style statement” she said that people are getting into the habit of e-cigarettes as it seems cool.

Sitharaman said there are more than 400 brands of E-Cigarettes which are not manufactured in India but are sold in the country with more than 150 flavours.

“The production, manufacturing, import or export, transport, sale, distribution, storage and advertising related to e-cigarettes are banned,” Ms Sitharaman said, announcing that the union cabinet had cleared an ordinance that has been sent to President Ram Nath Kovind.

In the draft ordinance, the Health Ministry has proposed jail up to one year and a fine of Rs 1 lakh for first-time offenders, whereas repeat offenders would face jail terms of up to three years, with a penalty of up to Rs 5 lakhs.

Group of Ministers (GoM) examined the Prohibition of E-cigarettes Ordinance, 2019 after receiving instructions from the Prime Minister’s Office.

The ordinance needs to be approved by the parliament when it returns for the next session due in November.

Banning smoking devices like e-cigarettes, heat-not-burn smoking devices, vape and e-nicotine flavoured hookahs was among the key priorities of the first 100 days agenda of the Narendra Modi led BJP government in its second term.

With a population of 1.3 billion, India is a tempting market for tobacco manufacturers. According to a World Health Report, India ranks second in the overall tobacco consumption lists. The report further states that around 10 lakh people die due to tobacco.

In India, Bidis (traditional cigarettes) traditionally consumed in rural parts of the country, killed more than 5.8 lakh people in 2011.

The decision left Twitterati amused, many of whom asked, why not ban cigarettes in toto?

Govt has banned e-cigarettes because they are injurious to health.

Cigarettes are still not banned because they are healthy for the Govt's bank balance.

Smoking #ecigarettes not Cigarettes is injurious to health

If e-cigarettes can be banned, why not cigarettes? Do they have some therapeutic purpose?

E-cigarettes banned, good. Very good. But curious why we don’t ban real cigarettes and beedis. Is the huge excise and GST collected more important than matters of public health? In that case why all this moral posturing?